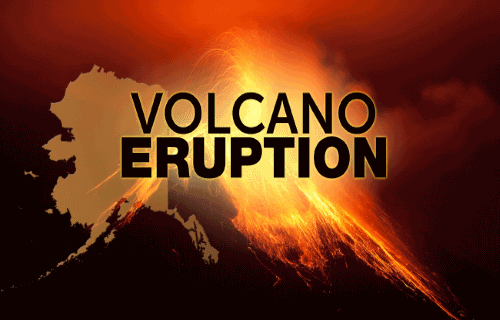 Alaska
The biggest volcanic news of the last month has been the surprising and vigorous eruptions at Bogoslof in the Aleutians of Alaska. After producing a large explosive eruption , the volcano has followed up by adding more explosions every day or so, many of which reached 5 to 10 kilometers (15,000-35,000 feet) over the small island. Just yesterday , the volcano produced another explosion that reached 10 kilometers (33,000 feet). The highly explosive nature of these eruptions is likely rooted in the interaction between the new magma reaching the surface and the abundant seawater it meets when it erupts. That water can quickly flash to steam and help fragment the magma into ash, adding to the explosivity of the eruption. 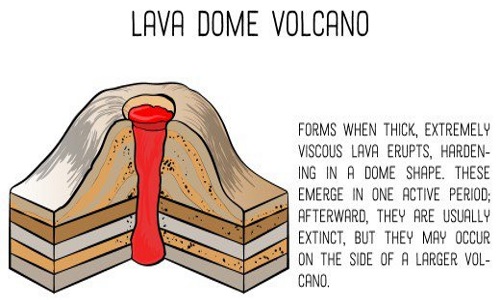 Alaskan volcanoes have produced one or two eruptions per year since 1900. At least 20 catastrophic caldera-forming eruptions have occurred in the past 10,000 years; the awesome eruption of 1912 at Novarupta in the Katmai National Monument is the most recent. Scientists are particularly concerned about the volcanoes whose eruptions can affect the Cook Inlet region, where 60 percent of Alaska’s population lives.

How many volcanoes are there in Alaska?
The Alaska Peninsula and the Aleutian Islands have about 80 major volcanic centers that consist of one or more volcanoes.

Mount St. Helens is keeping up its unsettled 2017, this time with another small earthquake swarm. The USGS detected over 120 earthquakes over the last few days, all occurring 2-4 kilometers (1-2 miles) beneath the volcano and all very small (less than M1). These earthquakes, like the ones that happened earlier this year, are likely caused by magma moving or faults adjusting as pressure changes within the magmatic system underneath Mount St. Helens. It doesn’t change the status of the volcano: It’s active, taking what will likely be a brief rest before its next eruption. That could still be years from now. 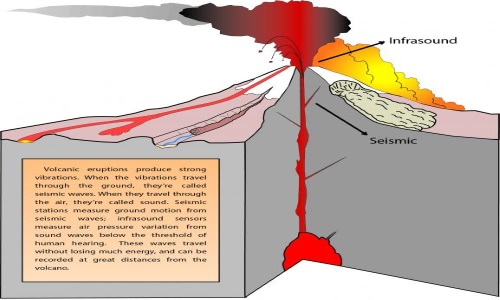 “Mega Quakes” can really happen.
The magnitude of an earthquake is related to the area of the fault on which it occurs – the larger the fault area, the larger the earthquake. The San Andreas Fault is 800 miles long and only about 10-12 miles deep, so that earthquakes larger than magnitude 8.3 are extremely unlikely.

The largest earthquake ever recorded by seismic instruments anywhere on theearth was a magnitude 9.5 earthquake in Chile on May 22, 1960. That earthquake occurred on a fault that is almost 1,000 miles long and 150 miles wide, dipping into the earth at a shallow angle. The magnitude scale is open-ended, meaning that scientists have not put a limit on how large an earthquake could be, but there is a limit just from the size of the earth. A magnitude 12 earthquake would require a fault larger than the earth itself.
Earthquakes only occur on the West Coast in the United States.
Earthquakes can strike any location at any time. But history shows they occur in the same general patterns over time, principally in three large zones of the earth. The world’s greatest earthquake zone, the circum-Pacific seismic belt, is found along the rim of the Pacific Ocean, where about 81 percent of the world’s largest earthquakes occur. That belt extends from Chile, northward along the South American coast through Central America, Mexico, the West Coast of the United States, the southern part of Alaska, through the Aleutian Islands to Japan, the Philippine Islands, New Guinea, the island groups of the Southwest Pacific, and to New Zealand.

The second important belt, the Alpide, extends from Java to Sumatra through the Himalayas, the Mediterranean, and out into the Atlantic. This belt accounts for about 17 percent of the world’s largest earthquakes, including some of the most destructive.

The third prominent belt follows the submerged mid-Atlantic ridge. The remaining shocks are scattered in various areas of the world. Earthquakes in these prominent seismic zones are taken for granted, but damaging shocks occur occasionally outside these areas. Examples in the United States are New Madrid, Missouri, and Charleston, South Carolina. Many decades to centuries, however, usually elapse between such destructive shocks.

The shocks occurred on what today is the least understood seismic zone in the United States. And depending who you ask, another major earthquake here represents either a towering threat for which the Central U.S. is woefully unprepared, or a wildly overhyped phantom costing taxpayers hundreds of millions of dollars in needless infrastructure improvements.

California will eventually fall into the ocean.
The ocean is not a great hole into which California can fall, but it is itself land at a somewhat lower elevation with water above it. It’s absolutely impossible that California will be swept out to sea. Instead, southwestern California is moving horizontally northward towards Alaska as it slides past central and eastern California. The dividing point is the San Andreas fault system, which extends from the Salton Sea in the south to Cape Mendocino in the north. This 800 mile long fault is the boundary between the Pacific Plate and North American Plate. The Pacific Plate is moving to the northwest with respect to the North American Plate at approximately 46 millimeters (two inches) per year (the rate your fingernails grow). At this rate, Los Angeles and San Francisco will one day (about 15 million years from now) be next-door neighbors, and in an additional 70 million years, Los Angeles residents will find themselves with an Alaska zip code!

Nuclear explosions can start or stop earthquakes.
Scientists agree that even large nuclear explosions have little effect on seismicity outside the area of the blast itself. The largest underground thermonuclear tests conducted by the United States were detonated in Amchitka at the western end of the Aleutian Islands, and the largest of these was the 5 megaton test code-named Cannikin that occurred on November 6, 1971 that did not trigger any earthquakes in the seismically active Aleutian Islands.

On January 19, 1968, a thermonuclear test, code-named Faultless, took place in central Nevada. The code-name turned out to be a poor choice because a fresh fault rupture some 4,000 feet long was produced. Seismograph records showed that the seismic waves produced by the fault movement were much less energetic than those produced directly by the nuclear explosion. Locally, there were some minor earthquakes surrounding the blasts that released small amounts of energy. Scientists looked at the rate of earthquake occurrence in northern California, not far from the test site, at the times of the tests and found nothing to connect the testing with earthquakes in the area.

Earthquakes don’t kill people, buildings and their contents do.
The greatest risk in an earthquake is the severity of the shaking it causes to manmade and natural structures and the contents within these that may fail or fall and injure or kill people. There have been large earthquakes with very little damage because they caused little shaking and/or buildings were built to withstand that shaking. In other cases, smaller earthquakes have caused great shaking and/or buildings collapsed that were never designed or built to survive shaking.

Much depends on two variables: geology and engineering. From place to place, there are great differences in the geology at and below the ground surface. Different kinds of geology will do different things in earthquakes. For example, shaking at a site with soft sediments can last 3 times as long as shaking at a stable bedrock site such as one composed of granite.

Local soil conditions also play a role, as certain soils greatly amplify the shaking in an earthquake. Seismic waves travel at different speeds in different types of rocks. Passing from rock to soil, the waves slow down but get bigger. A soft, loose soil will shake more intensely than hard rock at the same distance from the same earthquake. The looser and thicker the soil is, the greater the energy movement will be. Fires are another major risk during earthquakes as gas lines may be damaged and particularly hazardous a major seismic event is going to dramatically change life in America overnight.