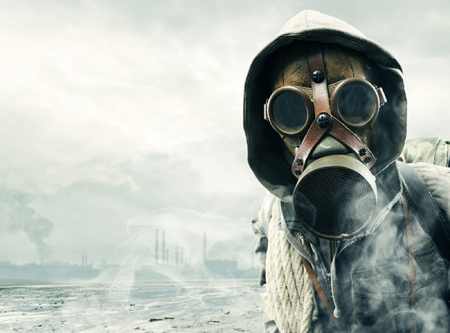 The topic of doomsday prepping is quite divisive. To many, the idea of stockpiling food, fuel, generators, medical supplies, firearms and ammunition to prepare for a natural disaster and/or large scale civil unrest seems more than a little extreme. On the other hand, preppers are typically surprised at how many of their neighbors fail to take basic precautions for themselves and their families in the event of a catastrophe.

You need look no further than Hurricane Katrina and its aftermath to comprehend the importance of disaster planning. Americans were able to see firsthand the chaos that ensued in the days and weeks following the hurricane. The importance of self-reliance became crystal clear, as government assistance was not readily available. In fact, many credit Katrina as being the catalyst for the recent wave of interest in prepping.

To put it simply, “If it’s predictable, it’s preventable.”

Sure, being prepared is great. But some tend to take prepping to the extreme. For instance, most would agree having a first aid kit in your vehicle is a reasonable step to help ensure you can provide medical treatment, if necessary.

Although converting your personal vehicle into an ambulance would enable you to better treat someone who was injured, your significant other might not appreciate rolling around in your “meat wagon.” It’s important to strike a balance between preparation and practicality.

Regardless of your stance on prepping, there is a definite correlation between preparing for a hurricane, wildfire, tornado—even a zombie apocalypse—and preparing to defend your home from a criminal intruder. When it comes to home defense, you can learn a lot from preppers.

Preppers tend to be, well, prepared. This is in stark contrast to many homeowners, who seem to believe that their hunting rifle or shotgun will virtually appear in their hands fully loaded, should someone break into their residence.

Assuming you will readily access and load a firearm you’re not used to shooting—particularly one that’s not intended for defensive shooting—is far more absurd that someone who goes a little overboard planning for worst-case scenario. Far too many homeowners confuse mere ownership of a firearm with having a practicable home defense plan.

At the very heart of prepping is the acknowledgment that bad things happen even to good people and that we are vulnerable. Therefore, preppers by nature take the notion of protecting and providing for their family very seriously. Storing supplies is one thing, but preppers understand that without weapons and training, they will likely be unable to safeguard their cache from desperate neighbors who were less prepared but better armed.

A diligent prepper understands the pros and cons of various types of firearms and has ample personal defense ammunition on hand. With an understanding that skill-at-arms may be all that separates their life-sustaining rations from hungry, desperate outsiders, the true prepper has considered likely home invasion scenarios and developed a solid plan to safeguard their family and supplies. And you can bet that the hard-core prepper is not only mentally prepared to take a life if necessary, but also proficient in the tactical storage and deployment of firearms because he understands that in an emergency, seconds count.

A safe room is intended to be a rally point, where you can account for all family members and share information relevant to thwarting the home invasion. This is also the place where you or a designated family member can call 911 to initiate the police response.

Integral to the safe room concept is the notion that it’s much easier to defend a single room than to search the entire residence for bad guys, who could be waiting to ambush you. You should consider keeping a safe in the room in order to store a rifle or shotgun. While it may be more practical to be armed with a handgun while moving to the safe room, there are several advantages to having a long gun once you’re there.

Because of the longer sight radius and multiple points of contact to your body, a long gun is inherently easier to shoot than handgun. A long gun will also provide you better ballistic capabilities than a handgun and, in the case of an AR-15 with a 30 round magazine, a much higher ammunition capacity.

When you’re armed with a long gun and monitor the door to the safe room from a position of cover, you’re at a tremendous advantage because you can narrow your focus to a single point. Of course, a prepper would have his most essential supplies in this room, but from a home defense standpoint, this is unnecessary.

A safe room doesn’t have to be elaborate, but at a minimum it should have a solid core door that is capable of being locked with a deadbolt from the inside. Ideally, there should be large, heavy furniture items within the room that can provide a degree of cover.

You may be tempted to dismiss preppers as paranoid or out of touch with reality. Just remember, the same is often said of individuals who carry a concealed handgun or own an AR-15 for home defense. There’s a fine line between paranoid and prepared. If the unthinkable were to occur, the paranoid prepper just might look pretty darn smart.