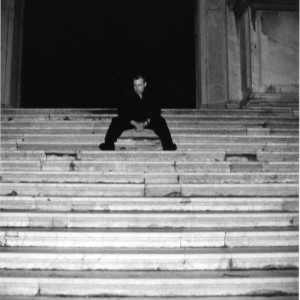 Once upon a time, most of us who live in America were taught that no matter what happens, if you are willing to work hard enough and long enough you can pull yourself up by your bootstraps and be able to live the American Dream.  But today that is not reality for millions of Americans.  Instead, millions of Americans find themselves working night and day and still not being able to make it.  Millions of others have poured their hearts and souls into their jobs and now find themselves out of work and out of luck by no fault of their own.  So what do you do when you work as hard as you possibly can and it is just not enough?

Financial stress has become a way of life for tens of millions of people.  Whether it is the rising cost of living, predatory credit card interest rates or mortgages that have just adjusted, many Americans now find themselves absolutely stretched to the limit.  Not only that, but local, state and federal government authorities are all raising taxes and are inventing more ways than ever to drain cash out of us.  This all comes at a time when the U.S. economy is crashing hard.

Well, perhaps we could all move to Detroit.  There are some houses in Detroit that you can actually now buy for just one dollar.  That is if you don’t mind living in an area that looks like a war zone.

The truth is that millions of Americans are really hurting and there are no easy answers.

Today we wanted to share with you the stories of three of our readers who are facing very difficult economic situations.  All of them have worked incredibly hard and yet all of them are finding out that all of their hard work is not quite enough in today’s economy….

I am 23 and have been living out of my car in Los Angeles since March 2009. I work a full-time job as a night auditor for a hotel making only 10.00 an hour. I am saddled with debt from only a year or so of college at a university, credit card balances from just making means pass the past couple years when money has been very tight. I never have a balance over 500.00 in my account because the second i get my deposit (which 300-400 dollars of it the government feels compelled to take) i have to spend well more than half of it on bills and it doesn’t include any rent payments because i can’t even afford those right now. In 3-4 months i’ll have a lot of debt paid down (will still have student loan debt for a long time), and MAY be able to find a place to stay but thats if i don’t ever buy food, gas, or wash my laundry. I’ve spent the past year trying to find a simple part-time job, i don’t care if it pays 5.00 an hour, i would do it because it means i could secure myself at least a basement to rent out from someone’s house. After a year of doing this i am sick and tired of being harassed by the general public and safety officers and being pushed out of every public place i should be entitled to take a nap in during the day. It sounds real easy to just go out there and pursue something different, but until you can understand the stress of self-reliance on yourself, having no immediate family within a reasonable distance, and knowing what its like to have your only personal connections be the 3-4 people you work with–you can’t criticize me. Plus try working 11pm-7am 5 days a week for the past year and tell me how your emotional, physical, and mental capabilities are holding up! To make things worse my family is absolutely torn apart because of this economic mess and i’m stuck in the middle of my parent’s divorce with my mom trying to advocate herself as both my friend and mother and expects me to dually play these roles in her life without going crazy because she’s being a psycho but doesn’t know it because all the drugs she has taken over the past 4 years from her different doctors have messed up her ability to think clearly… another reason why i never go to the doctors.. ever.. i don’t trust them and i don’t trust anyone.

point is i’m glad i’m going through all this crap right now because when the rest of the people out there finally have to give up the money they are afraid they wont be able to set aside for their annual cruise they routinely people will cry travesty!! I kinda sorta find a weird solace in the inevitable collapse of our economy… its that i wont be so hardly affected… i know how to be poor and make ends meet during hard and trying times, and i know there are others out there like this too… and we will stand strong and mighty in spite of opposition and will prevail.. i hope lol.

To all you ignorant people making comments about unemployment like it is welfare, you need to find out the facts. I have worked since I was 16 and am now 48. I have pulled pallet jacks, worked as a distribution clerk, personnel clerk, Import specialist, went to college, I have paid my dues.

I didn’t ask for 3 companies I worked for to have huge Reductions In Force and eventually close their doors. I do not feel guilty receiving unemployment benefits to keep from loosing my car and home. I don’t have luxurious things. All you people making those ignorant comments about receiving money without working; When you loose your job and Walmart isn’t even hiring lets see how you are affected when you cant pay your bills on time. Get off of your soap boxes obviously if you are so well off in this economy you must be getting help from mommy and daddy or have an inheritance cause this economy is bad and getting worse. I know of people who were executives in large companies who lost everything not by any fault of their own… Wake up you Self Righteous hateful judgemental people because if you have not been affected yet just wait…

Yes, it is difficult for the younger generation. However, I must admit that a lot of young people lack any sort of ambition or drive. I also realize that the economy is crumbling and there is less opportunity than ever before, at least in my lifetime and I am pushing 60.

I am a high school graduate (barely) and am self-taught. I worked in a factory for 20 years before they shipped all the factory jobs to the slave gulags in Asia and Mexico (thanks NAFTA). In the mid-90s I learned HTML and web technology (on my own; they didn’t teach this stuff in college back then; I hit the books) and after a long period of knocking on doors got a job with a web technology company.

I moved to a larger city where there was more opportunity and within two years more than doubled my income.

But then the bankers decided to pull the plug on the wildly exuberant (thanks to the bankers and Wall Street investors) internet boom and by 2001 my income had dropped by a third and I was working for the government (a state university), mostly because I had no choice (all my former coworkers were unemployed, replaced by Indians and Chinese programmers who worked at half or less the salary). Believe me, working for the government is hell, you are considered less than whale dung.

A few years later I transitioned my flagging internet skills and my self-taught writing and editing skills into a decent job with an online news site. I work 70 hours a week (including Saturday and Sunday) and earn what I did in 1998. Needless to say, inflation has taken the shine off it all.

I don’t mind working 70 plus hours a week, although my body is beginning to complain (I have arthritis, tendinitis, and carpal tunnel from all those countless hours before the computer).

I have no illusion of retirement. By the time I am 70 there will be no social security. I will probably work until I drop. That’s the way it is.

Things could be a lot better, but we have no political will and much of the younger generation is politically brain dead. We need to get rid of the Federal Reserve and take control of our money and get back to the Constitution. I think we are going in the opposite direction.

I tell young people to find a niche and fill it and you will be alright, for now. After the bottom falls out, though, I think we will all be screwed.

Unfortunately, it no longer matters how hard you work. We are becoming a third world country like Mexico and that includes the mentality of the populace.

A postscript: Younger people are going to be confronted with a lot of older people living in the streets in the not too distant future. This will be difficult to deal with unless you have a heart of stone.

There is absolutely no political will to deal with the large Baby Boomer generation that will in a few short years not be able to work anymore. Most of them will not have the option of living with their children (if they have children) because their children will be unemployed or outright impoverished. In most third world countries there is a strong family sense; we don’t have that here, so expect to see granny dumpster-diving (or fighting for a position at the dumpster, if there will be a dumpster to be had).

Sorry to be a downer. We have about five years (or less) to take back the country, get the money system right, and get rid of the bankster criminals (I dream of Nuremberg trials).

Short of that, expect to be worse off than a sharecropper or serf on some duke’s estate (the new royalty consists of transnational corporations and as Mussolini said, corporatism is the essence of fascism).

3 thoughts on “What Happens When You Work As Hard As You Can And It Is Not Enough?”