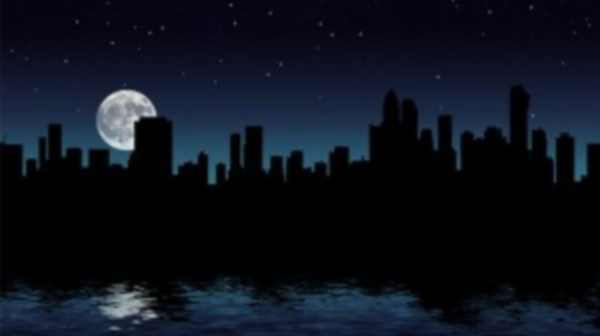 Launched from a barge off the U.S. coast, an EMP attack consisting of one nuclear warhead attached to a single missile might shut down much of the country and kill all except 30 million Americans. Such an attack has been described as “a ‘giant continental time machine’ that would move us back more than a century in technology to the late 1800s”—and effectively destroy our great nation. Yet, President Obama seems oblivious to this fact, and is doing nothing to protect us from perhaps the greatest threat faced by the United States.

Reporting to Congress, an EMP commission concluded that little in the private sector is hardened to withstand such an attack, and the American military has only limited protection.  According to a Wall Street Journal editorial, “China and Russia have the capability to launch an EMP weapon—and have let us know it.” However, imagine if such a weapon falls into the hands of al-Qaeda or other terrorists who are willing to commit suicide to destroy America.  What has really scared the commission members is a relatively unsophisticated EMP weapon in the hands of these terrorists.  As frightening as such a possibility seems, it is very real and likely unless we take action now.

According to the Journal’s editorial, “Mother of All Blackouts,” an EMP or “Electromagnetic Pulse” attack occurs “when an enemy sets off a nuclear explosion high in the Earth’s atmosphere.  The electromagnetic pulse generated by the blast destroys the electronics and satellites in its field of vision.  For a detonation above the Midwest, that could mean the entire continental U.S.” The editorial continues:

No American would necessarily die in the initial attack, but what comes next is potentially catastrophic.  The pulse would wipe out most electronics and telecommunications, including the power grid.  Millions could die for want of modern medical care or even of starvation since farmers wouldn’t be able to harvest crops and distributors wouldn’t be able to get food to supermarkets.

The editorial adds: “[I]magine a blackout that lasts for months, or years.”  Also, “[a]fter an EMP assault, the nation would be highly vulnerable to secondary attack by conventional forces or a biological weapon.”

Frightening beyond belief, to say the least.  But it gets worse.  The “Commission to Assess the Threat to the United States from Electromagnetic Pulse (EMP) Attack” (or the EMP Commission), which was created in 2000 to examine the possibility of an EMP attack and its aftermath, delivered its reports to Congress in 2004 and thereafter.  Yet, they have been languishing while the Democrats seek to push through ObamaCare, which a majority of Americans oppose—and which would be rendered moot by an EMP attack because there would not be any health care in the U.S., as all medical facilities close.

The difference between a conventional nuclear attack—such as the World War II atomic bombings of Hiroshima and Nagasaki in 1945, at the end of the war in the Pacific with Japan—and an EMP attack is that the former destroys cities primarily; whereas, an EMP attack potentially destroys our country as a whole and kills most Americans.  Also, such a calamity might be accomplished by our enemies with a single warhead that is launched from the Gulf of Mexico, the Sea of Cortez, or off our Atlantic or Pacific Coasts.  In fact, one wonders why any sophisticated enemy of the United States would contemplate an attack other than with an EMP weapon.

The Commission offers a series of recommendations for reducing U.S. vulnerability.  It calls for better intelligence, particularly in coastal waters.  Also needed are “vigorous interdiction and interception efforts” such as missile defense.  Critical components of civilian infrastructure—especially the electrical power grid—need to be EMP-hardened.  Most new units can be hardened for 1% to 3% of cost if done at the time of design and manufacture.  Hardening existing systems can cost 10 times as much.

Tragically, President Obama and the Democrats have been cutting back on our military precisely when it has been performing magnificently and its continued strength is needed most.  For example, they have been paring down our missile defenses, which are critical to protecting us against an EMP attack from which we might not recover.

Timothy D. Naegele was counsel to the U.S. Senate Banking Committee, and chief of staff to Presidential Medal of Freedom and Congressional Gold Medal recipient and former U.S. Senator Edward W. Brooke (R-Mass), the first black senator since Reconstruction after the U.S. Civil War.  He practices law in Washington, D.C. and Los Angeles with his firm, Timothy D. Naegele & Associates (www.naegele.com).  He has an undergraduate degree in economics from UCLA, as well as two law degrees from the School of Law (Boalt Hall), University of California, Berkeley, and from Georgetown University.  He is a member of the District of Columbia and California bars.  He served as a Captain in the U.S. Army, assigned to the Defense Intelligence Agency at the Pentagon, where he received the Joint Service Commendation Medal.  Mr. Naegele is an Independent politically; and he is listed in Who’s Who in America, Who’s Who in American Law, and Who’s Who in Finance and Business. He has written extensively over the years.

Americans might very well die in the year after such an attack as our transportation, food distribution, communications, public safety, law enforcement, and medical infrastructures .

Before and after the presidential election of 2008, I was in touch with someone who has been and remains very close to Barack Obama and at least two of his principal advisers—one of whom is at the president’s side constantly in the White House.  I warned the person repeatedly about the risk of an EMP attack that might destroy the U.S. and kill all except for about 30 million Americans.  For example, in July 2008, I described such a possibility as follows:

Aside from threats from China and Russia, the use of such an attack by terrorists could be devastating to this country.  Clearly, measures must be taken now to “harden” the U.S. against such attacks, and to prevent them in the first place.  Having worked in military intelligence at the Pentagon, my guess is that an EMP attack may be high on the list of options for terrorists, because the impact of such an attack might make 9/11 seem like a walk in the park.

Everything else (e.g., ObamaCare, the economy, Afghanistan) pales beside it.  Indeed, it might determine the future of our kids and their kids.  Again, . . . hopefully you can use your influence to address this issue now.

To the best of my knowledge, nothing has been done by this person or the president to deal with this issue of critical importance to the welfare and survivability of the American people.

(“Funding for EMP defense must be a top national priority.  To downgrade or halt our missile defense program, which at last is becoming viable after 25 years of research, would be an action of criminal negligence”—and potentially grounds for impeachment of Obama)

(“Iran may already have the capability to target the U.S. with a short-range missile by launching it from a freighter off the East Coast.  A few years ago it was observed practicing the launch of Scuds from a barge in the Caspian Sea.  This would be especially troubling if Tehran is developing EMP—electromagnetic pulse—technology.”)

(“A nuclear weapon detonated a hundred miles over U.S. territory would create an electromagnetic pulse that would virtually shut down the U.S. economy by destroying electronic circuits on the ground”).  Gone would be lights, heat, air conditioning, TVs, computers, phones, the Internet and all other forms of electronic communications, and all gasoline pumps for cars and trucks . . . and the list goes on and on, seemingly forever and covering all electronic equipment on which a modern society like the U.S. depends.

(“Secretary of State Condoleezza Rice was in Prague signing an agreement that’s a first step toward protecting Europe from ballistic missile attack”) with the fact that upon assuming the presidency, Barack Obama scuttled the missile defense system for Eastern Europe to appease Russia’s “dictator-for-life” Putin—who is a smoother version of Stalin, and should be treated as our enemy.   (“Even as the new administration plans to spend trillions on economic bailouts, it has announced plans to reduce funding and downgrade efforts for missile defense.  Furthermore, the United States’ reluctance to invest in a modern and credible traditional nuclear deterrent is a serious concern.  What good will a bailout be if there is no longer a nation to bail out?”)

Watch: This Is What Happens When the Good Guy Has a Gun