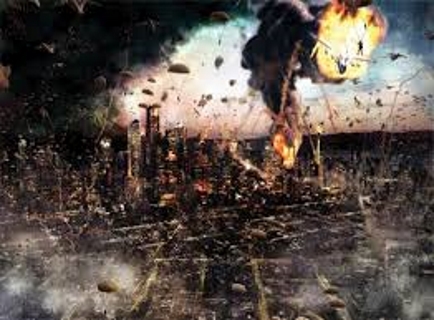 Media spin fail artist Susan Rice has done it once again. You may recall how Rice declared on five mainstream media interview shows that the Benghazi attack was a result of rioting due to the horribly produced and nefarious film “Innocence Of The Muslims”. Ms. Rice has stepped in it again.

This admission opens up the floodgates to scathing criticism of the highly unpopular deal the Obama Administration, NATO dubbed a “Historic Breakthrough”, made with Iran. Over 100 Billion dollars worth of frozen Iranian assets are to be thawed due to the deal that has Israeli Prime Minister Benjamin Netanyahu deeming it a “Historic Mistake”. The possibility the thawed resources pose to fund terrorism in the region and ignite a whole new stage of middle east conflict is staggering.(source)

The government has a way of blinding us and dividing us without us even noticing. America seems like its weakening but is it really? We know the United States reach extends around the world. The NSA knows exactly what everybody is doing. Is a country that is able to do that unnoticed for so many years really that weak or is it just what they want to portray, luring their enemies in, making them threaten the US until the US has a reason to go to war? Are we all blindly being led into World War 3? You decide.

This video is not a reflection of my political views. This video was made to display the correlation between Kissinger’s words and current events. Its your choice to believe or dismiss this information. I am an entertainer and that’s my primary objective, to entertain, To make viewers feel emotions and ask questions. My secondary objective is of the monetary type. I am not a Political activist and production is my occupation.

There are multiple confirmation regarding nuclear war coming to Iran and Israel as UN security council and Obama administration approved the nuclear deal with Iran. Obama is pushing for the United States and Israel into World War 3 and the Israel have no choice but to defend themselves to prevent the nuclear war.

We’re truly living in end times, please get your house in order and seek Jesus and repent of your sins. The rapture is imminent, ask the Lord to help you counted worthy to escape the wrath of God before it’ too late.