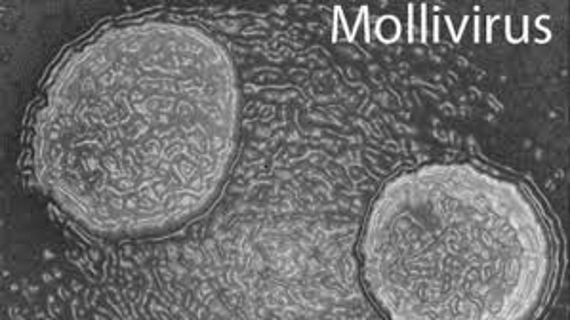 30,000 Year Old Virus from Siberia About to be Awakened

After unearthing a 30,000-year-old virus from the icy wasteland of Siberia, scientists plan to awaken it under the premise of ‘fear that a warming climate will awaken dangerous microscopic pathogens.’ One might ask; however, what is the real reason that scientists want to unleash a super virus that has long slumbered?

Though scientists ‘plan to make sure the virus won’t cause damage to plants or animals’ of the modern age, French researchers announced the discovery of Mollivirus sibericum, the fourth type of pre-historic virus found since 2003. In order to qualify as a ‘giant’ virus, as this is not just an inflated metaphor to describe the pathogen, it must be longer than half a micron, or .00002 of an inch. Found in northeast Russia, Mollivirus measured at .6 microns.

RELATED : Bill Gates Warns Of Virus Worse Than Ebola: “We Are Simply Not Prepared To Deal With A Global Epidemic”

Wednesday morning – September 16, 2015 – starting sometime after 8 a.m., Lexington’s Division of Emergency Management will join with local, state and federal agencies in Fayette County and conduct an exercise that simulates the release of chemical agents from the Blue Grass Army Depot. The Fayette County exercise response is part of a larger exercise coordinated by FEMA, the Army and other agencies through the Chemical Stockpile Emergency Preparedness Program (CSEPP).

“Every exercise and training that we do that involves CSEPP includes something new,” says Pat Dugger, Director of Lexington’s Division of Emergency Management. “This year, our reception and decontamination operations will move to the Kentucky Horse Park. We’ll also be testing tablet computers for registration and communications.”

Several dozen agencies will demonstrate their capabilities during the exercise, including members of the Lexington Fire Department, Lexington Police, the American Red Cross, Fayette County Animal Care and Control as well as most local hospitals and schools.

RELATED : First Case Of Mysterious MERS Virus In America Confirmed By The CDC

Across central Kentucky, several hundred first responders, emergency managers and evaluators will participate in the exercise. Most of the activity will take place in Madison County, in and around the Blue Grass Army Depot. However, there will be increased activity in and around the Kentucky Horse Park. Traffic may be heavier than usual at times along Newtown Pike, Ironworks Pike, I-75 and I-64.

In some cases, the exercise may appear very realistic with responders wearing full protective equipment and volunteers playing accident victims will receive realistic-looking injury make-up or moulage. Safety officers will supervise all response activities and all toxic chemical exposures will be simulated. All county emergency operations centers will be activated and staffed as well.

“These and other exercises allow us to test our community plans and procedures, both in the field and in our operations centers,” Dugger says. “The exercise and subsequent evaluation by emergency response professionals from across the country will allow us to recognize emergency response excellence and improve on any deficiencies we may have. Our goal is to be fully prepared for any chemical emergency as the process toward actual chemical agent neutralization moves closer to start-up.”

RELATED : Lindsey Williams – Warning to prepare for an emergency. Stock up on food, water and supplies now!

How Would A Global Pandemic Really Happen?

Are You Prepared for the 2014 Pandemic?