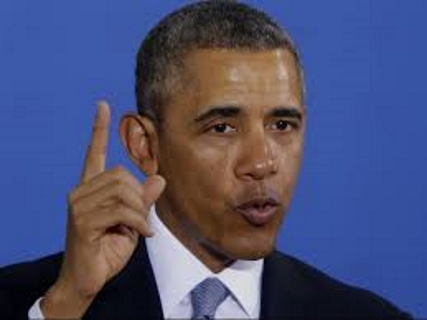 President Barack Obama said a possible government shutdown in two weeks would be a self-inflicted wound and urged Congress to pass a budget. Speaking to the Business Roundtable, Obama said the last shutdown, in 2013, cost the economy billions of dollars. Federal government funding expires on Sept. 30, and if lawmakers do not pass spending bills before then, a partial shutdown would begin October 1

President Barack Obama on Wednesday spelt out the risks to the US of a federal government shutdown , saying that the last time it happened it cost the economy billions of dollars and consumer confidence plummeted.

“I don’t think anybody here thinks that’s going to be good for your business,” he told a meeting of the Business Roundtable in Washington.

He argued that if a shutdown coincided with a showdown over the government debt ceiling, this could do more damage than a shutdown alone. That was the case in 2013, but this autumn the shutdown threat may well have passed by the time tensions reach boiling point over the debt ceiling.

President Obama has been ramping up his attacks on fractious congressional Republicans in recent days, accusing them of pushing the country toward a government shutdown that would damage the U.S. economy. It turns out that the ominous “government shut down” isn’t so apocalyptic after all since it won’t actually shut down government because the vast majority of federal services and activity will continue as normal. – The US military will stay on duty and many credit unions and banks will cover their Oct. 15 paychecks if they are delayed; As Ron Paul writes today, “Despite all the hand-wringing heard in DC, a short-term government shut down (which doesn’t actually shut down the government) will not cause the country to collapse.

” “World Week For Peace in Palestine Israel” sponsored by the World Council of Churches Hajj (pilgrimage to Mecca) The UN International Day Of Peace Muslim holiday of Eid al-Adha, also known as “the Feast of the Sacrifice”, begins Pope Francis arrives at the White House to meet with Barack Obama The United Nations launches a brand new “universal agenda” for humanity known as “the 2030 Agenda (youtube.com)