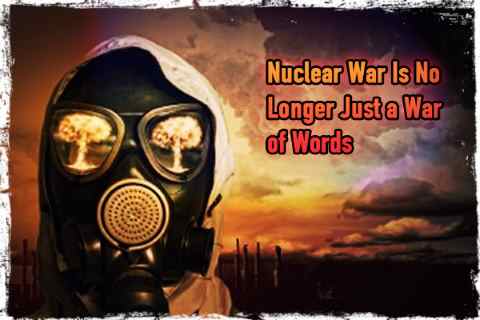 A nuclear device detonated above the U.S. could kill millions, and we’ve done almost nothing to prepare.

In a recent letter to investors, billionaire hedge-fund manager Paul Singer warned that an electromagnetic pulse, or EMP, is “the most significant threat” to the U.S. and our allies in the world. He’s right. Our food and water supplies, communications, banking, hospitals, law enforcement, etc., all depend on the electric grid. Yet until recently little attention has been paid to the ease of generating EMPs by detonating a nuclear weapon in orbit above the U.S., and thus bringing our civilization to a cold, dark halt.

Recent declassification of EMP studies by the U.S. government has begun to draw attention to this dire threat. Rogue nations such as North Korea (and possibly Iran) will soon match Russia and China and have the primary ingredients for an EMP attack: simple ballistic missiles such as Scuds that could be launched from a freighter near our shores; space-launch vehicles able to loft low-earth-orbit satellites; and simple low-yield nuclear weapons that can generate gamma rays and fireballs.

The much neglected 2004 and 2008 reports by the congressional EMP Commission—only now garnering increased public attention—warn that “terrorists or state actors that possess relatively unsophisticated missiles armed with nuclear weapons may well calculate that, instead of destroying a city or a military base, they may gain the greatest political-military utility from one or a few such weapons by using them—or threatening their use—in an EMP attack.”

The EMP Commission reports that: “China and Russia have considered limited nuclear-attack options that, unlike their Cold War plans, employ EMP as the primary or sole means of attack.” The report further warns that: “designs for variants of such weapons may have been illicitly trafficked for a quarter-century.”

During the Cold War, Russia designed an orbiting nuclear warhead resembling a satellite and peaceful space-launch vehicle called a Fractional Orbital Bombardment System. It would use a trajectory that does not approach the U.S. from the north, where our sensors and few modest ballistic-missile defenses are located, but rather from the south. The nuclear weapon would be detonated in orbit, perhaps during its first orbit, destroying much of the U.S. electric grid with a single explosion high above North America.

In 2004, the EMP Commission met with senior Russian military personnel who warned that Russian scientists had been recruited by North Korea to help develop its nuclear arsenal as well as EMP-attack capabilities. In December 2012, the North Koreans successfully orbited a satellite, the KSM-3, compatible with the size and weight of a small nuclear warhead. The trajectory of the KSM-3 had the characteristics for delivery of a surprise nuclear EMP attack against the U.S.

What would a successful EMP attack look like? The EMP Commission, in 2008, estimated that within 12 months of a nationwide blackout, up to 90% of the U.S. population could possibly perish from starvation, disease and societal breakdown.

In 2009 the congressional Commission on the Strategic Posture of the United States, whose co-chairmen were former Secretaries of Defense William Perry and James Schlesinger, concurred with the findings of the EMP Commission and urged immediate action to protect the electric grid. Studies by the National Academy of Sciences, the Department of Energy, the Federal Energy Regulatory Commission and the National Intelligence Council reached similar conclusions.

Surge arrestors, faraday cages and other devices that prevent EMP from damaging electronics, as well micro-grids that are inherently less susceptible to EMP, have been used by the Defense Department for more than 50 years to protect crucial military installations and strategic forces. These can be adapted to protect civilian infrastructure as well. The cost of protecting the national electric grid, according to a 2008 EMP Commission estimate, would be about $2 billion—roughly what the U.S. gives each year in foreign aid to Pakistan.

Last year President Obama signed an executive order to guard critical infrastructure against cyberattacks. But so far this administration doesn’t seem to grasp the urgency of the EMP threat. However, in a rare display of bipartisanship, Congress is addressing the threat. In June 2013, Rep. Trent Franks (R., Ariz.) and Rep. Yvette Clark (D., N.Y.) introduced the Secure High-voltage Infrastructure for Electricity from Lethal Damage, or Shield, Act. Unfortunately, the legislation is stalled in the House Energy and Commerce Committee.

In October 2013, Rep. Franks and Rep. Pete Sessions (R., Texas) introduced the Critical Infrastructure Protection Act. CIPA directs the Department of Homeland Security to adopt a new National Planning Scenario focused on federal, state and local emergency planning, training and resource allocation for survival and recovery from an EMP catastrophe. Yet this important legislation hasn’t come to a vote either.

What is lacking in Washington is a sense of urgency. Lawmakers and the administration need to move rapidly to build resilience into our electric grid and defend against an EMP attack that could deliver a devastating blow to the U.S. economy and the American people. Congress should pass and the president should sign into law the Shield Act and CIPA as soon as possible. Literally millions of American lives could depend on it.

WHAT WOULD YOU DO IF THE LIGHTS WENT OUT? American Power Grid Danger ! EMP? TERRORISTS?

Mr. Woolsey is chairman of the Foundation for Defense of Democracies and a former director of the CIA.Mr. Pry served on the EMP Commission, in the CIA, and is the author of “Electric Armageddon” (CreateSpace, 2013).

BLACKOUT USA – A REAL LIFE NIGHTMARE NEARER THAN YOU THINK