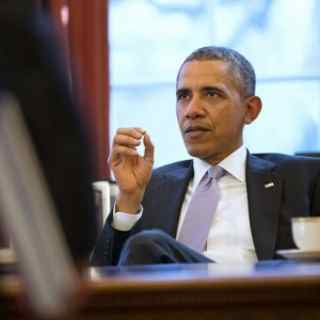 The War On Preppers

Because he can’t get Congress to approve the things that he wants to do, Barack Obama has apparently decided to rule by decree for the rest of his time in the White House.  One of Obama’s latest moves is to try to ban some of the most popular ammunition for the most popular rifle in America.  Previously, the Obama administration attempted unsuccessfully to ban the AR-15.  That didn’t work, so now Obama is going after the ammunition.  This is yet another example of the war on preppers that is going on all over the nation.  Whether you are a gun owner or not, this assault on our constitutional rights should disturb you greatly.  Barack Obama has promised to try to squeeze as much “change” as possible out of his last two years, and in the process he is “fundamentally transforming” America.  But what will our country look like when he is done?

At the top of the Drudge Report today, there was a story from the Washington Examiner detailing this ammo ban…

As promised, President Obama is using executive actions to impose gun control on the nation, targeting the top-selling rifle in the country, the AR-15 style semi-automatic, with a ban on one of the most-used AR bullets by sportsmen and target shooters.

The Bureau of Alcohol, Tobacco, Firearms and Explosives this month revealed that it is proposing to put the ban on 5.56mm ammo on a fast track, immediately driving up the price of the bullets and prompting retailers, including the huge outdoors company Cabela’s, to urge sportsmen to urge Congress to stop the president.

And here is more on this ammo ban from the NRA…

As NRA has been reporting since the night the news broke, the Bureau of Alcohol, Tobacco, Firearms and Explosives (BATFE) is moving to infringe upon the rights of law-abiding gun owners with a drastic reinterpretation of a nearly 30-year-old law regulating so-called “armor piercing” ammunition. So draconian is BATFE’s new “Framework” that it would prohibit the manufacturing, importation, and sale of M855 ball ammunition, one of the most popular cartridges for the most popular rifle in America, the AR-15. Not coincidentally, the AR-15 is among the firearms the Obama Administration has unsuccessfully sought to outlaw. If they can’t ban the pie, so the thinking apparently goes, they might at least get the apples.

In an effort to thwart BATFE’s attempted action, NRA has worked with U.S. Representative Bob Goodlatte (R-Va.), Chairman of the House Judiciary Committee, to draft a letter to BATFE expressing the lawmakers’ opposition to the proposed Framework. To read a copy of the letter, please click this link.

According to the letter, “The idea that Congress intended [the ‘armor piercing’ ammunition law] to ban one of the preeminent rifle cartridges in use by Americans for legitimate purposes is preposterous.” It goes on to state that the law “should be construed in accordance with the American tradition of lawful firearms ownership, as protected by the Second Amendment.” This includes due consideration of “the many legitimate uses Americans make of their firearms including target practice, hunting, organized and casual competition, training and skills development, and instructional activities.“ The letter concludes with several pointed questions for B. Todd Jones, BATFE’s director, including why the agency bypassed the Administrative Procedures Act in proposing such a radical change to its prior interpretation and enforcement of the law.

The crazy thing about all of this is the fact that this ammunition has never met the legal definition of being “armor piercing”.  So what the Obama administration is attempting to do is outside the law.

A recent Infowars article broke this down…

The ATF is trying to ban M855 AR-15 ammunition by declaring it “armor piercing,” despite the ammo containing lead which exempts it from the classification according to law.

To be considered “armor piercing” under 18 U.S.C. 921 (a)(17)(B), a bullet must have an entirely metal core or have a jacket weighting more than 25% of its weight, which wouldn’t include M855 roundsbecause their bullets are partly lead.

The definition in full:

(A) The term “ammunition” means ammunition or cartridge cases, primers, bullets, or propellent powder designed for use in any firearm.

(B) The term “armor piercing ammunition” means- (i) a projectile or projectile core which may be used in a handgun and which is constructed entirely (excluding the presence of traces of other substances) from one or a combination of tungsten alloys, steel, iron, brass, bronze, beryllium copper, or depleted uranium; or (ii) a full jacketed projectile larger than .22 caliber designed and intended for use in a handgun and whose jacket has a weight of more than 25 percent of the total weight of the projectile.

(C) The term “armor piercing ammunition” does not include shotgun shot required by Federal or State environmental or game regulations for hunting purposes, a frangible projectile designed for target shooting, a projectile which the Attorney General finds is primarily intended to be used for sporting purposes, or any other projectile or projectile core which the Attorney General finds is intended to be used for industrial purposes, including a charge used in an oil and gas well perforating device.

Needless to say, this ban is creating quite a bit of panic among gun owners.

Word of ATF’s proposal sparked a run on ammo at some Springfield gun stores, and steep price spikes for steel-tipped military surplus ammo at some online ammo dealers. Rounds that sold for 25 to 30 cents apiece tripled at some some stores after BATF posted its proposal on its web site.

“We sold out of what we had in stock,” said Ryan Cook, manager of Eagle Armory in Springfield. “We didn’t have a lot in the store but I might have sold four or five cases after ATF’s statement came out. I called our suppliers but they said there was none available to order. It’s like the ammo shortage before. People are going to panic.”

Like I said earlier, even if you are not a gun owner you have got to be extremely concerned about this erosion of our constitutional rights.

We have a man occupying the White House that seems absolutely determined to stretch the limits of presidential power as far as they can possibly go.

And at this point he has become so arrogant that he doesn’t even care if Congress believes that what he is doing is legal.  Just consider what he said during one recent speech…

Pres. Obama is daring Republicans to vote on whether or not his executive actions are legal.

Discussing opposition to his executive amnesty orders at an immigration town hall Wednesday, Obama said he would veto the vote because his actions are “the right thing to do”:

“So in the short term, if Mr. McConnell, the leader of the Senate, and the Speaker of the House, John Boehner, want to have a vote on whether what I’m doing is legal or not, they can have that vote. I will veto that vote, because I’m absolutely confident that what we’re doing is the right thing to do.”

This is how republics die.  When one man starts grabbing more and more power and nobody stops him, eventually a dictatorship is born.

This is not what our founding fathers intended.  If they could see us today, they would be rolling over in their graves.

And a lot of Americans are getting fed up.

In fact, according to one recent survey only 47 percent of Americans still believe that Obama loves this country…

While the creepy #ILOVEOBAMA continues to trend on Twitter, fewer than half of American adults, 47 percent, say they believe that the president loves his country.

According to a survey conducted by Huffington Post/YouGov and released this week, a whopping 35 percent of Americans, more than one in three, believe that Obama doesn’t love the United States, while 17 percent said they weren’t sure.

The poll was conducted in the wake of former New York City Mayor Rudy Giuliani telling a gathering in Manhattan that “I do not believe, and I know this is a horrible thing to say, but I do not believe that the president loves America.”

Do you believe that what Obama is trying to do is legal?

And do you believe that Obama actually loves this country and everything that it is supposed to stand for?