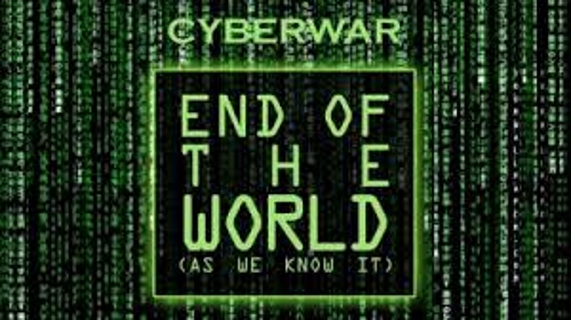 There are rapidly accelerating indications the Khazarian crime syndicate that illegally seized power in the United States and many European countries is being systematically dismantled. A New York appeals court, for example, has ruled that officials who served during the George Bush Jr. regime can be sued and can face criminal charges. That opens the way for the mass jailing of the perpetrators of the 911 mass murder incident.

Another sign is that a French judge has ordered one of the most senior members of the Rothschild family, Baron David de Rothschild, to be questioned by police on fraud charges.

Also, the killing of J.P Morgan (Bush) bankers has reached a new height with the “sudden death” of their Vice Chairman and high powered deal maker Jimmy Lee. More than a dozen JP Morgan bankers have died suddenly recently and it is clear somebody is following a trail. Rest assured that trail leads to the Bush/Clinton crime family.

Meanwhile, there is a growing consensus the Greek crisis is coming to a head soon and massive withdrawals of Euros from Greek banks show that at the street level people know a Greek default is inevitable. However, a formal Greek default would start a domino effect that would topple Germany, France and the rest of the Euro zone before eventually reaching the United States. For that reason the Greek government knows that the EU central bank, the IMF and their Fed bosses will not pull the plug on them but will instead buy time with various accounting tricks. That is why Greece’s Economy Minister made confident predictions about the Greek debt crisis in Moscow last week after meeting with Russian officials.

Despite all the fudged numbers and smoke and mirrors coming out of Western governments, the Western financial system (the Federal Reserve Board) is already bankrupt. The Fed’s corporate subsidiary, the United States of America Corporation headed by “acting president” Barack Obama has been issuing fake financial data for years now to create the appearance all is well. Recently, for example, their total debt numbers have stayed frozen at $18.11 trillion since March 16th, over 100 days.

The White Dragon Foundation also received new confirmation the Fed has been bankrupt for a lot longer than that. Some senior Asian bankers who met with Alan Greenspan (when he was head of the Fed) and with then US president Al Gore to ask about Manchurian gold the Fed was obligated to return to them were told by Greenspan the Fed could not pay back the gold they owed them “because they had none.” Greenspan also said the Fed could not pay them trillions of dollars of cash instead because “that would bankrupt the government.” Instead, the bankers said, they were offered a “master trader license.” After they left the Federal Reserve Building in New York, they went to a Starbucks for coffee. While they were having coffee their car exploded. They immediately took a subway to the airport and caught the next available flight to the Philippines.

They then went to see the head of Interpol in Europe. The head of Interpol took them to see the P2 Freemasons who run the Vatican. The P2 explained to them there would be a coup d’etat in the United States followed by an invasion of Iraq “because that was how the system worked.” They thought these people were crazy until September 11th, 2001.

These Asians still have their legitimate claims against the Fed and the Feds will not be allowed to bomb their way out this time. The current public faces of the Fed cabal are puppet president Obama and Fed Chair Janet Yellen.

Since they also cannot pay the money they owe the Asians, the Asians and their BRICS allies have been busily building an alternative financial system. The new BRICS bank is expected now to open on July 7th while the Asian Infrastructure Investment Bank is also moving ahead.

This move is being accompanies by major cyber warfare. A lot of it is being reported in the corporate media in the form of stories about data being stolen on all US Federal employees etc.

However, plentiful anecdotal evidence suggests the real cyber-warfare is taking place between world financial networks. A senior banker at the cabal supported Asian Development Bank in Manila was worried about his US dollar bank account inside the US so he asked for the money to be transferred to his bank in the Philippines. The Philippine bank told him they could not make the transfer because the cabal controlled SWIFT international financial transactions system “was not working.”

This writer also experienced some trouble when trying to pay his VISA bill at an ATM. I was told I needed to contact a human representative. I went to a VISA processing office and the clerk put my card into their ATM. The bill that appeared was way bigger than my real bill and the clerk told me to ignore it and not to worry about it but just pay the amount on my paper bill. She explained they were having “system adjustments.” A funny thing also happened when this writer asked for financial details from the Paypal internet transaction system. Paypal sent me detailed financial data belonging to an entirely different person. When asked why they would send me the wrong person’s private transaction data they explained “they were having system troubles.”

This is all anecdotal but the fact that most of the over 50 bankers who have recently died suddenly and mysteriously were IT experts shows that financial cyber-warfare is moving out of cyberspace.

The fact is the Western financial IT system has created hundreds of trillions, if not quadrillions, quintillions or more dollars and Euros that have no basis in reality. At the end of the day, analogue reality is going to win and that is why the BRICS alliance with their control of commodities and manufacturing, are winning. The Pentagon is also winning because they actually control men with weapons who are willing to fight if necessary.

The people who are losing are the Khazarian mob. The fact that Bush/Clinton house slave Barack Obama is being pressured to release the 28 pages about Saudi Arabia redacted from the official 911 report shows the Saudi’s are the next Khazarian dominoes to fall.

Newly installed Saudi King Salman sent his son to Russia last week to offer the Russians complete control of the global oil market in exchange inter-continental ballistic missiles and nuclear weapons, according to Pentagon officials. He returned empty handed. The Saudis have the nuclear weapons the Israelis gave them but they cannot fire them much further than Yemen. That means they cannot use nuclear blackmail to prevent the ongoing takedown of that odious regime by Pentagon white hats and their regional allies.

The Nazi regime installed by the Khazarians in the Ukraine is also freaking out now that their patrons are clearly losing the battle for the planet earth. According to Sputnik News (a possible agency front) Ukranian President Petro Poroshenko asked the Ukrainian Constitutional Court to rule that the overthrow of his predecessor Viktor Yanukovich was unconstitutional.

In other words, a key participant in the illegal Khazarian coup against his predecessor is suddenly criticizing the coup. The best advice we can give Poroshenko is to tell him to forget about trying to suck up to the Russians and find a deep hole to hide in instead.

However, there is unlikely to be anywhere on this planet, or even in this universe, for the Khazarian Satanists like Poroshenko to hide in anymore.

The collapse of their global debt slavery regime is accelerating and their immunity from prosecution for mass murder is evaporating along with their funny money.

The British, the Swiss, the Germans, the French and the Vatican have already abandoned the Khazarians and allied with the WDS and BRICS alliance.

Pope Francis recently confirmed this change by issuing an encyclical calling for almost exactly what the WDS has been calling for, a massive campaign to end poverty and stop environmental destruction. The global warming part of his talk was out of touch with reality but clearly the Pope’s heart is in the right place. Negotiations between the Vatican and the WDS are ongoing and friendly. The same is true of the British, the French and the Germans.

Regime change is also coming to Japan. There is a lot about that we cannot report at the moment but clearly the puppet regime here is on its last legs. The last dominoes to fall will be Washington DC, Israel and New York.

We do not like to put specific dates on when this will happen but we do note that the IMF has postponed a meeting to decide how to proceed without the United States until September. We note that a year of jubilee has been predicted by the Vatican, religious Jews and many others to start on September 13th, 2015. September 13th this year falls on a Sunday so the last trading day before that will be September 11th. Remember, remember, the 11th of September. Also remember the blood moon on September 28th.