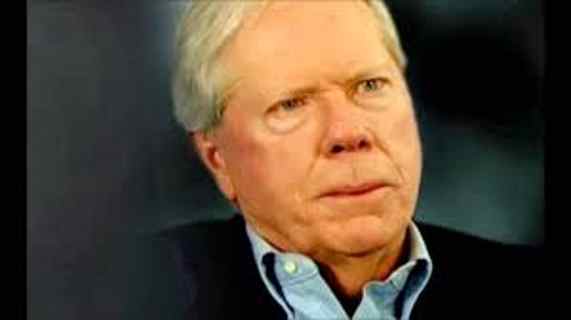 On the Brink of War and Economic Collapse

On occasion a reader will ask if I can give readers some good news. The answer is: not unless I lie to you like “your” government and the mainstream media do. If you want faked “good news,” you need to retreat into The Matrix. In exchange for less stress and worry, you will be led unknowingly into financial ruin and nuclear armageddon.

If you want to be forewarned, and possibly prepared, for what “your” government is bringing you, and have some small chance of redirecting the course of events, read and support this site. It is your site. I already know these things. I write for you.

The neoconservatives, a small group of warmongers strongly allied with the military/industrial complex and Israel, gave us Granada and the Contras affair in Nicaragua. President Reagan fired them, and they were prosecuted, but subsequently pardoned by Reagan’s successor, George H.W. Bush.

Ensconced in think tanks and protected by Israeli and military/security complex money, the neoconservatives reemerged in the Clinton administration and engineered the breakup of Yugoslavia, the war against Serbia, and the expansion of NATO to Russia’s borders.

Neoconservatives dominated the George W. Bush regime. They controlled the Pentagon, the National Security Council, the Office of the Vice President, and much else. Neoconservatives gave us 9/11 and its coverup, the invasions of Afghanistan and Iraq, the beginning of the destabilizations of Pakistan and Yemen, the U.S. Africa Command, the invasion of South Ossetia by Georgia, the demise of the anti-ABM Treaty, unconstitutional and illegal spying on American citizens without warrants, loss of constitutional protections, torture, and the unaccountability of the executive branch to law, Congress, and the judiciary. In short, the neoconservatives laid the foundation for dictatorship and for WW III.

The Obama regime held no one accountable for the crimes of the Bush regime, thus creating the precedent that the executive branch is above the law. Instead, the Obama regime prosecuted whistleblowers who told the truth about government crimes.

Neoconservatism is the only extant political ideology. The ideology is “America uber alles.” Neoconservatives believe that History has chosen the United States to exercise hegemony over the world, thereby making the U.S. “exceptional” and “indispensable.” Obama himself has declared as much. This ideology gives neoconservatives tremendous confidence and drive, just as Karl Marx’s conclusion that history had chosen the workers to be the ruling class gave early communists confidence and drive.

This confidence and drive makes the neoconservatives reckless.

To advance their agenda neoconservatives propagandize the populations of the U.S. and Washington’s vassal states. The presstitutes deliver the neoconservatives’ lies to the unsuspecting public: Russia has invaded and annexed Ukrainian provinces; Putin intends to reconstitute the Soviet Empire; Russia is a gangster state without democracy; Russia is a threat to the Baltics, Poland, and all of Europe, necessitating a U.S./NATO military buildup on Russia’s borders; China, a Russian ally, must be militarily contained with new U.S. naval and air bases surrounding China and controlling Chinese sea lanes.

The neoconservatives and President Obama have made it completely clear that the U.S. will not accept Russia and China as sovereign countries with economic and foreign policies independent of the interests of Washington. Russia and China are acceptable only as vassal states, like the UK, Europe, Japan, Canada, and Australia.

Clearly, the neoconservative formula is a formula for the final war.

All of humanity is endangered by a handful of evil men and women ensconced in positions of power in Washington.

Anti-Russia propaganda has gone into high gear. Putin is the “new Hitler.”
Daniel Zubov reports on a joint conference held by three U.S. think tanks.
The conference blamed Russia for the failures of Washington’s foreign policy. Read this article:  US Think Tanks Hold Roundup Discussions on Ukrainian Crisis  to see how neoconservatives operate in order to control the explanations. Even Henry Kissinger is under attack for stating the obvious truth that Russia has a legitimate interest in Ukraine, a land long part of Russia and located in Russia’s legitimate sphere of influence.

Since the Clinton regime, Washington has been acting against Russian interests. In his forthcoming book, The Globalization of War: America’s Long War against Humanity, Professor Michel Chossudovsky presents a realistic appraisal of how close Washington has brought the world to its demise in nuclear war. This passage is from the Preface:

“The ‘globalization of war’ is a hegemonic project. Major military and covert intelligence operations are being undertaken simultaneously in the Middle East, Eastern Europe, sub-Saharan Africa, Central Asia and the Far East. The US military agenda combines both major theater operations as well as covert actions geared towards destabilizing sovereign states.

“Under a global military agenda, the actions undertaken by the Western military alliance (US-NATO-Israel) in Afghanistan, Pakistan, Palestine, Ukraine, Syria and Iraq are coordinated at the highest levels of the military hierarchy. We are not dealing with piecemeal military and intelligence operations. The July-August 2014 attack on Gaza by Israeli forces was undertaken in close consultation with the United States and NATO. In turn, the actions in Ukraine and their timing coincided with the onslaught of the attack on Gaza.

“In turn, military undertakings are closely coordinated with a process of economic warfare which consists not only in imposing sanctions on sovereign countries but also in deliberate acts of destabilization of financial and currency markets, with a view to undermining the enemies’ national economies.

“The United States and its allies have launched a military adventure which threatens the future of humanity. As we go to press, US and NATO forces have been deployed in Eastern Europe. US military intervention under a humanitarian mandate is proceeding in sub-Saharan Africa. The US and its allies are threatening China under President Obama’s  ‘Pivot to Asia’.

“In turn, military maneuvers are being conducted at Russia’s doorstep which could lead to escalation.

“The US airstrikes initiated in September 2014 directed against Iraq and Syria under the pretext of going after the Islamic State are part of a scenario of military escalation extending from North Africa and the Eastern Mediterranean to Central and South Asia. The Western military alliance is in an advanced state of readiness.

As I have often remarked, Americans are an insouciant people. They are simply unaware. Suppose they were aware, suppose that the entire population understood the peril, could anything be done, or have the insouciant Americans fallen under the control of the police state that Washington has created?

I don’t think there is much hope from the American people. The American people cannot tell genuine from fake leadership, and the ruling private elites will not permit real leaders to emerge. Moreover, there is no organized movement in opposition to the neoconservatives.

The hope comes from outside the political system. The hope is that the House of Cards and rigged markets erected by policymakers for the benefit of the One Percent collapses. David Stockman regards this outcome as a highly likely one. The collapse that Stockman sees as being on its way is the same collapse about which I have warned. Moreover, the number of Black Swans which can originate collapse are even more numerous than the ones Stockman correctly identifies. Some financial organizations are worried about a lack of liquidity in the fixed income (bonds) and derivatives markets. Barbara Novack, co-chair of Black Rock, is lobbying hard for a derivatives bailout mechanism.

David Stockman’s article is important. Read it until you understand it, and you will know more than most everyone. Duck And Cover——-The Lull Is Breaking, The Storm Is Nigh

Many will ask: If the wealth of the One Percent is vulnerable to economic collapse, will war be initiated to protect this wealth and to blame the Russians or Chinese for the hardships that engulf the American population? My answer is that the kind of collapse that I expect, and that David Stockman and no doubt others expect, presents government with such social, political, and economic insecurity that organizing for a major war becomes impossible.

Whereas the political impotence of the American people and the vassalage of the Western World impose no constraints on Washington, economic collapse brings revolutions and the demise of the existing order.

As hard as collapse would make it for people to survive, the chances for survival are higher than in the event of nuclear war.

How to Prepare for an Economic Depression: Gerald Celente PREDICTS The Worst Great Depression In The History