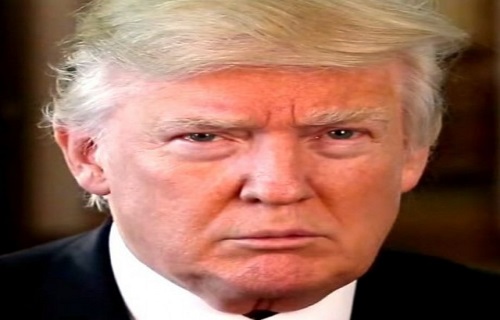 On Wednesday, the temporary suspension of the debt ceiling ended, and so now the federal government is not going to be able to go into any more debt until the debt ceiling is raised.  For the moment, the Trump administration can implement “emergency measures” to stay under the debt limit, but it won’t be too long before we get to a major crisis point because the federal government is quickly running out of cash.  Already, the U.S. Treasury has less cash on hand than Apple or Google, and that cash balance is going to keep on dropping until the debt ceiling is finally lifted.

You may remember that the debt ceiling became a major issue a couple of times during the Obama years.  Last time around, Barack Obama and the Republicans in Congress agreed to a horrendous deal which suspended the debt ceiling until several months after the 2016 election…

Since President Barack Obama signed the “Bipartisan Budget Act” on Nov. 2, 2015 there had been no legal limit on the amount of money the federal government could borrow until now. That law included a section entitled “Temporary Extension of Public Debt Limit.” It said that the law imposing a limit on the federal debt “shall not apply for the period beginning on the date of the enactment of this Act and ending on March 15, 2017.”

But now the U.S. national debt will not be allowed to rise by another penny until the debt ceiling is raised or suspended once again.

The Trump administration is pushing hard to get the debt ceiling raised, and this is a complete reversal from how Donald Trump felt about the debt ceiling back in 2013.  The following comes from the L.A. Times…

Trump sided with hard-liners in 2013, publicly opposing an increase. “I cannot believe the Republicans are extending the debt ceiling — I am a Republican & I am embarrassed!” he tweeted then.

Trump was actually right about the debt ceiling in 2013, and he is wrong now.

We simply cannot afford to keep adding trillions of dollars to the national debt.  What we are doing to future generations of Americans is beyond criminal, because we are literally destroying their future just so that we can enjoy an inflated standard of living that we do not deserve today.

Treasury Secretary Steven Mnuchin has already begun to implement “extraordinary measures” to keep us under the debt ceiling.  The first step that was taken was the suspension of the sale of SLGS securities…

“Today,” Mnuchin wrote, “Treasury is announcing that it will suspend the sale of State and Local Government Series (SLGS) securities. SLGS are special-purpose Treasury securities issued to states and municipalities to assist them in conforming to certain tax rules. These securities count against the debt limit. The suspension of SLGS sales will commence on March 15, 2017, and continue until the debt limit is either raised or suspended. As in the past, it is likely Treasury will utilize additional extraordinary measures.”

The federal government will be able to keep going for a little while by implementing such “extraordinary measures”, but the Treasury cash balance is going to continue to dwindle and at some point a major squeeze is going to happen.

As things get tighter and tighter, the Trump administration will become increasingly desperate to get the debt ceiling raised.  As I wrote about yesterday, the key for Trump is going to be finding 218 votes in the House of Representatives that will be willing to go along with him.

You would think that since Republicans control the House that this should be easy, but the truth is that there are a lot of conservative Republicans that are not inclined to agree to a debt ceiling increase without substantial accompanying budget cuts.

The proposed budget that Trump released this week is getting a lot of criticism from the left for cuts to social programs, but the truth is that it actually doesn’t reduce the deficit at all…

President Trump’s “skinny” budget blueprint for 2018 features a proposed $54 billion increase in defense spending and an equal number of spending cuts from the smallest part of the federal budget.

That means his changes won’t add to next year’s projected $487 billion deficit. But they won’t reduce it, either.

And remember, that “$487 billion” figure is just for show.  During the Obama years the U.S. national debt increased by an average of well over a trillion dollars a year, and that is almost certainly going to continue for years to come as long as the debt ceiling is raised.

Republicans are supposed to be the party of fiscal responsibility.

So now is their big test.

If they raise the debt ceiling and continue adding more than a trillion dollars a year to the national debt, they will lose all credibility with conservative voters on fiscal issues.

But if they try to force the federal government to start living within its means that is going to severely harm the economy in the short-term.

Donald Trump is going to have to try to figure out a way to navigate this crisis.  He has already promised that he will not touch Social Security and Medicare, and those are the two biggest drivers of our budget deficits.  In fact, it is being projected that entitlement spending and interest on the debt will eat up every single penny that the federal government takes in within 20 years.

So if Trump won’t touch the big entitlement programs, where will he possibly find enough cuts to satisfy the fiscal conservatives in Congress?

Without them, Trump does not have enough votes to raise the debt ceiling.

In addition, many of the conservatives in Congress absolutely hate the new Republican health care plan, and they hope to use this debt ceiling crisis as leverage to change the bill.

If Trump can’t work out something with conservatives, perhaps he could turn to the Democrats.  But most Democrats are extremely resistant to work with him on anything after all that has been said and done, and so for Trump to get a deal with them he would have to make extreme concessions.

This represents the biggest political test for the Trump presidency so far, and if we get down the road a couple of months and nothing gets done, this debt ceiling crisis could spark the kind of financial crisis that I describe in my novel entitled “The Beginning Of The End“.

Barack Obama pushed things right to the brink a couple of times, but he was savvy enough politically to never let things go over the edge.

Now it is Trump’s turn, and somehow he has got to find a way to get the debt ceiling raised without making extremely deep compromises that would gut the rest of his agenda.

And he had better get to work on this quickly, because time is running out and the clock is ticking…