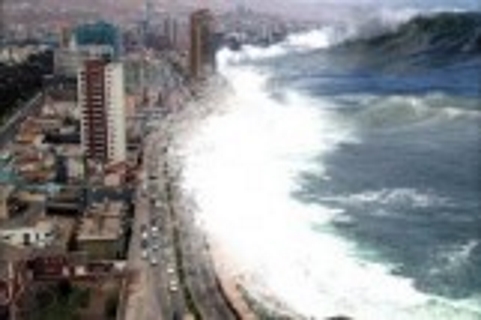 Disasters Most Governments Are Not Prepared For

Our entire civilization is built on discoveries of the last 500 years. Everything from our Automobiles, Electronics, Computers, Refrigerators, Stoves, Furnaces, you name it. They all depend on electric wiring.

Something that happened in 1858 haunts my thinking on this. The Sun went through a similar sunspot activity to what it is doing today. An eruption caused an intense magnetic field that went through the entire planet.

Electric engines were rare back then. Transformers were not. They were used throughout the entire east coast of the United States as part of a telegraph system. This magnetic field had a strange effect. All the wiring suddenly started generating electricity. Most were not even plugged in at the time. When I think about it, all electricity is generated with coils of wire around a magnet. As the magnet is worked electricity flows. Look at a generator. That is simply a gas engine generating a magnetic field which in turn generates electricity. Back then, most of the transformers suddenly came to life without being plugged in and got extremely hot. Energy was flowing through them as this storm on the Sun reached us. Most of the transformers burned out. They had to start over again with new ones.

In the 70s, we had blackouts all over the east coast of the United States. You may have remembered them or not. I do. At the time I thought the Russians were causing a breakdown in our equipment from satellite emissions. They were the silent enemy in the cold war. It was entirely possible.

Today, we have a similar situation happening in India. We can apologize and say: “they do not have our technology, they are more like a 3rd world nation.” That is not true. Yes, you might have a more primitive agriculture using more primitive means to farm. But their technology comes from us.

Our defense against these Sunspots is the Ionosphere around the planet. In 1858, there was nothing wrong with the Ionosphere as far as I know. It didn’t stop the field from penetrating and burning up the electrical wiring on the side of the Earth facing the Sun when it happened. Our Ionosphere now has huge holes in it. It is weak.

The time between this happening and the eruption is probably anywhere from a couple of hours to 3 days. Depending on where the field is going. It is probably a result of plasma erupting from the Sun. That is why it would be directional. That is why such a field might effect India this time and not us. This is a relatively mild eruption of electro magnetic energy.

Now imagine this – the plasma erupts – the field is generated. Everything with electrical wiring suddenly comes alive with huge amounts of electricity. Your car engine no longer works. All the wiring is fried. The onboard computer is fried. All the computers on the planet no longer work. The capacitors are fried. There are fires everywhere from the fried wiring in your home. No one has thought to insulate against such a magnetic field.

What about the intercontinental ballistic missile systems planet wide? Are they going to shut down? Or are they going to receive an electrical jolt that launches them? Remember, the computers are most likely fried at the missile bases and the power is going off the scale in the wiring.

Remember, we will have nothing that depends on unshielded electrical wiring. Cars, Planes, Trucks, nothing would work.

In 1858, we were dependent on animal power to transport our goods. If it happened tomorrow, no supplies would go anywhere for a long while.

Most of us have experienced a time without electricity. A thunderstorm knocks the lines down and it takes time to repair them. Some people have been down in 99 degree heat in the summer for 3 to 7 days in this area. We are ill-equipped to handle weather disasters. How equipped will we be to replace everything? That is if the supplies are available.

There is a immense difference between storms on the Sun and Earth. The Sun is enormous. If the Sun was a basketball, we would be about the size of a pea. That is not even close to accurate. It is the best I can do. But it gives you a graphic of the differences. The biggest planet in the Solar System is a gas giant. It would be about the size of a baseball in this relationship. 92-94 million miles separate us from the Sun. That is not really a big distance. It provides us with warmth and light. It makes life possible on this planet. What I have described is the Sun sneezing. These sneezes are periodic. They go from one extreme to another about once every 11-12 years. Every 150 years approximately, the Sun sneezes hard.

Every 200,000 years or so, our geologists think the planet’s poles change polarity. We are overdue for such a change right now. This, in turn, changes the fragile geology all over the planet. The Sun Spots could possibly cause the change if the fields are intense enough.

Here on Earth, we have thunderstorms. They generate as much as ten million volts. I have no idea what amperage is involved. Now imagine electrical storms on the Sun. They would be many times as intense as anything we see here on Earth. Only the distance shields us properly from this. The Sun is very hot. Most of the matter on the Sun is very hot gases generated by a nuclear furnace. We know very little about the interactions of these gases on a Star. Some stars become so unstable that they actually explode. We hope our Sun is not one of them. We know that stars grow old. We know from astronomers that similar stars to our own go through stages. Eventually the star grows colder and the chemical reactions make it create elements on the heavier side. Eventually the Star expands and consumes most of the planets around it. At least that is what our scientists think happens. No one actually knows for sure.

My point is one of those sneezes could send our electrical technology right back to the stone age. All our records in banks are kept on computers. There are backups. They are also on computers. Just think of a world without one computer functioning in it. What kind of chaos would that cause? The bank’s only hope is that the backups are on non-magnetic material such as optical DVDs . . .

What is needed is less corporate dependence on Utilities in our homes. I would suggest we all need about a 6 month supply of food and water. Though the water lines will probably be all right for a while after such a disaster. I would suggest propane tanks for heat. I would suggest propane generators with magnetic shielding around the building they are in, Possibly something as simple as a steel building at the back of your garden, possibly, 100 feet from anyone. This is for after the magnetic field occurs. It won’t last more than about 40-60 hours at the most. Probably it will be over in 3 hours.

The Amish communities are best prepared for something like this. They even still use horses for transportation in their own communities. I think horses will survive the transition from electrical power. After the sneeze, it might happen several times over several months.. Then it will calm down and everything will be as it was before. Electrical wiring will work. New wiring will probably be needed to fix the system.

I think underground facilities with an iron mountain on top of you, might survive. Cheyenne Mountain in Colorado might be such a facility. So someone in our government accidentally might have prepared for such a circumstance. The government might even get there before it happens. Remember airplanes won’t work.

What I have described here is at best a layman’s account of what might happen. I am not an electrician though I have training. I am not a nuclear engineer, though I have a fair concept of how that works. It is pure Science Fiction and Fantasy at this point.

I wonder though, if priests in a society worshiping the Sun might not know something about the Sun we are just beginning to find out. Both Egypt and the Mayans might have had that kind of knowledge. I understand the Mayans were good at math. So their primitive technology might not be an indication of their engineering skills concerning what happens on the surface of the Sun.

Just like modern medicine, is just finding out that the shamans and witch doctors of the world had an intricate knowledge of plant medicine, we might learn from peoples and ideas all over the ancient world. We do not believe as they believe. But I am not above learning about how they believed technology worked for them. The Mayans apparently predicted the “end of an era” at the end of our year. A lot of people think they predicted the end of the world. There might a little bit of truth in both statements. 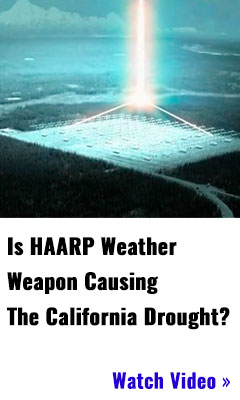 Doomsday, WW3: The Elite Are Buying Underground Shelters – They Are Prepared For Total Collapse – Are You?