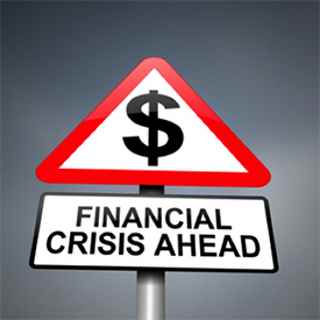 Preparing for the Economic Collapse of 2015 If some economists are to be believed, 2015 will be the year when all the chickens will come home to roost. Most prominent among these theorists is David Levy, whose grandfather had correctly predicted the Great Depression of 1929. David Levy, who is the chairman of The Jerome Levy Forecasting Center in New York, is of the opinion that 2015 will mark the start of another major recession that will last for a considerable amount of time. Levy is not the only economist who is predicting an economic collapse in 2015; Professor W. Thompson of Indian University also projects that the economies world over will see a downturn in 2015. In our previous articles on this blog, we discussed the reasons why the economy will collapse in 2015. In this article, we will discuss the aftermath of the US economic collapse and how you can survive it. Events that will happen in the aftermath of American Economic Collapse of 2015

RELATED : There will be widespread, perhaps even critical, shortages of necessities – food and fuel

These were a few events that are likely to occur after the global economic collapse of 2015. As was the case with previous economic crashes, people who could see the tide coming were not only able to save their fortune, but also use the bearishness of the market to their advantage. Although the mainstream media will make you believe that the economy is on a solid footing, the ground reality is starkly different. It is everyone’s prerogative to take the right steps and save prepare for the economic catastrophe that will be the year 2015. Mentioned below are a few tips that can help you prepare for the upcoming economic crash.

One of the first and foremost steps you should take to secure yourself is to get out of debt as quickly as you can. I know this is easier said than done, but difficult times call for difficult measures. Paying off your mortgage in a short span of time might not be possible, but you can at least try to get rid of your credit card debt or any car loans. The lesser your debts, the better position you will be in to deal with the economic depression.

People who have been contributing to a rainy day fund are better prepared for dealing with the economic crash. If you don’t have enough savings to help you brave the winds of a financial collapse, start today. You might need to make substantial contributions to compensate for the lack of contribution that you should have made earlier. Although having a rainy day fund won’t mean that you will see through the crisis without having a steady source of income, it will definitely buy you time after the initial shock.

To deal with the downturn in economy, you will need to make some major lifestyle changes. If you have got used to living on credit, now is the time to change that and start living frugally. From shunning your credit card to brown bagging your lunches, you need to put in an effort to save every penny that you can. You also need to look for alternatives to the products that you use on a daily basis. As food prices are expected to reach sky-high levels in the next year, investing in a garden can be a great idea.

Surviving the coming economic collapse of 2015 will require patience and perseveration from you. You need to hone your existing skills and learn new ones to improve your chances of gaining employment. Learning new skills will also help you compliment your primary source of income.

In the economic crisis of 2007-08, many investors were not only able to secure their investments, but also make a profit because they were armed with the right information. If you don’t want to take any major risks, staying away from the stock market can seem to be a pretty simple idea. However, if you want to cash in on the downturn in the economy like Warren Buffett, John Paulson, and Jamie Dimon did during the recession of 2007-08, you need to start looking out for stocks that will grow in the next economic crisis. These were a few tips on preparing yourself for the economic crisis of 2015. As we have been discussing in our blogs, there is a lack of awareness about the public about the impending financial crisis. People who get most of their news through mainstream media might not even get to know about the crash until it actually happens. Therefore, it is important that we spread awareness and help everyone prepare for the US economic collapse of 2015. Concluding, we hope that the information presented in this article is beneficial to you.

We Are At The Point Of No Return, The Economic Collapse Is Here