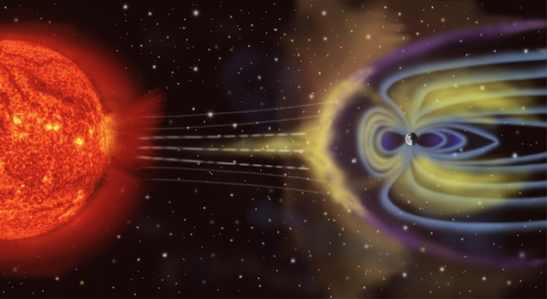 An Electromagnetic Pulse Attack would Shut Down the Power Grid, Stall Your Car, and Knock Out our Nation’s Defenses

If you think you don’t need this protection, get the book.
Imagine that you’re sitting in your house like you are now (surfing on the computer). Then, suddenly, you hear an explosion overhead. You look outside. A strange cloud has formed in the sky.
And then your computer starts acting up like it never has before. Perhaps you try your cell phone with the same result.

What your electronic devices are experiencing is the after effects of something called Electromagnetic pulse (EMP). In sum, EMP refers to the electromagnetic radiation that can be caused from an explosion (in the aforementioned example, a nuclear explosion) or a widely fluctuating magnetic field. In the case of a nuclear attack, the scenario typically involves the detonation of a nuclear device miles above the area designed to be damaged. The possible result?

Electronic systems may couple with these dangerous electric and magnetic fields resulting in damaging current and voltage surges. Further, depending on the power and trajectory of the explosion, the spread of the damage could actually reach the entire country (would take near perfect trajectory and a highly powerful weapon).

RELATED : What Are You Going To Do When A Massive EMP Blast Fries The U.S. Electrical Grid?

In other words, much of our electronics would be devastated. Thus, so would we.

Concerns regarding EMP attacks did not sprout up recently with the advent of our war on terrorism. Rather, these concerns initially came about during the Cold War. However, once the Cold War was won, well, defense strategists relaxed.

Until a few years ago, that is.

According to Patrick Chisholm (in an October 2005 article at Military Information Technology), “a 2004 report by a panel of experts warned terrorists or other adversaries could launch an EMP attack without having a high level of sophistication, such as through short-range SCUD missile(s). Also of concern are non-nuclear, small-scale E-bombs that target localized areas.”

The good thing is that there are ways to defend electronics and/ or the shelters that hold them from EMP attacks (at least to an extent). Further, the fact that our nation was once concerned about such an assault long ago would lead many to believe that our government may have some defense systems to fall back on.

The devastation that an EMP attack could deliver

In an April 16, 2005 Washington Post article written by Jon Kyle, he noted that at a Senate Judiciary Subcommittee Meeting he chaired the threat of an EMP attack was delved into. In sum, the devastation that such an attack could bring on its target area was looked at very closely during this meeting. How about car damage (actual cars would likely be okay because they are encased in metal, but in order for cars to run they need gas and pumps need electricity), refrigerators on the fritz (immeasurable supplies of food would go bad), water sanitation devices unable to work (dehydration and bacteria infested water), and communication devices going down for starters?

And of course the social disorder that would follow would bring even more pain and death. In the end, those that survived, Kyle said, “would find themselves transported back to the United States of the 1880’s.”

First, it should be noted that this is a difficult question to answer, primarily because too little is known. After all, an EMP attack has never really occurred; thus, we’re in somewhat of a theoretical situation here (we know there would be significant damage, but how much is unclear). Further, the United States keeps what military systems are ready for an EMP attack classified.

That said, we certainly do have some information.

First, the EMP that would likely be generated from nuclear or E-bombs would probably pass through the protection normal consumers have against other electromagnetic interference and power surges (EMI). Thus, such contraptions wouldn’t offer much help.

That said, the good news is that the military is probably far more ready to take on EMP than normal consumers. As Daryl Gerke and William Kimmel, principals at Kimmel Gerke Associates, an EMC consulting and training firm said in Interference Technology Magazine:

“Military equipment may be subjected to very high levels of RF energy (radar and radio transmitters), lightning and nuclear EMP effects. MIL-STD-461E, the key military EMC specification, addresses these multiple environments through a matrix of recommended requirements. For example, an electronic device used in a submarine will have different requirements than a device used in a helicopter.”

So that’s good to hear. But what about us and society at large?

What can your everyday civilian do to protect themselves against the possibility of an EMT attack?

1. Have a lot of battery operated devices on hand and the batteries to use them. Further, these appliances should have cords and antennas 30 inches or less in length. The reason for this is simple: Metal pulls in EMP and makes it more dangerous. Thus, less metal is good. Further, keep these appliances away from metal.

2. Stay 8 feet from large scale metal fixtures yourself. In fact, when EMP is concentrated by metal it can actually be dangerous to man in and of itself.

3. Harden your equipment (another way of saying, protect it from EMP). Some considerations include the use of tree formation circuits (not standard loop formations), induction shielding around components, self-contained battery packs, loop antennas, and Zener diodes. In addition, grounding wires for each separate instrument into a system could help as well.

4. A new device called the Ovonic Threshold Device (Energy Conversion Devices of Troy, MI) is a solid state switch that opens a path to ground when a massive surge of EMP is encountered by a circuit. This would help in a big way.

5. Use a Faraday Box to store equipment in. Makeshift Faraday boxes can be made from metal filing cabinets, ammunition containers, and cake boxes. That said, the device you are protecting must not touch the metal container (use insulation: paper, cardboard, whatever). Further, there can be no holes. Last, if the box seems less than adequate, you may wrap it in aluminum foil for more protection.

6. Wrap your rooms in aluminum foil. Well, it’s certainly extreme, but thought it worth mentioning. After you do so, cover it with some type of fake wood, etc.

7. Cars are already a metal box. Thus, most of them would survive. That said, gas would be a problem. So have a lot of that and food on hand (remember that refrigerators and water sanitizing devices would go out).

RELATED : How To Power Your Home With Your Car

In the end, we don’t know when or how disaster may strike. What we do know is that we need to be ready. And since an EMP attack is a stated possibility that could wreak tremendous havoc. . .

We need to be ready for that as well.

You’ve Been Warned: Why You Need to Be Ready for Total Grid Failure