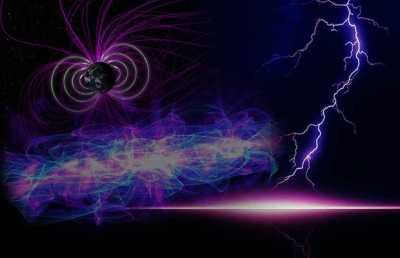 “We have asked you in the past and your present time to pray for the conversion of Russia. Too few have come forward to pray for this conversion; therefore, their errors now have been spread throughout your world.
“Your country, America the beautiful, is being prepared now for complete capitulation. Now you know, My children, and now you must act upon this knowledge, or you, too, will feel captivity and slavery and the closing of My houses throughout your country. You have blindly walked right into the trap of enslavement set upon you through devious infiltration of your government, your schools, and your medias of communication.

RELATED : Well-Connected Insiders Plead for Action: “An EMP Could Change the Course of Global Civilization By 2030″

EMP and the Shield Act

The best investment is the one that saves your life. House Bill 668 is called the Shield Act. Without passage of the Shield Act millions of Americans will remain at risk in the event of an EMP attack. What is an EMP attack? A nuclear warhead detonated at high altitude produces gamma rays that damage electrical infrastructure on the ground. In July 1962 the United States tested a 1.44 megaton bomb at an altitude of 400 kilometers in the mid-Pacific. More than 800 miles away, in Hawaii, 300 streetlights were knocked out, alarm systems were triggered, and a telephone company microwave unit was damaged. If the test had been closer to Hawaii, the effects could have been devastating.

In 1962 the Soviet Union carried out three nuclear tests, specifically to learn what altitudes produce the most effective EMP. To produce a more powerful EMP effect, a nuclear bomb must be detonated in close proximity to where the planetary electromagnetic field is strong. Typically, that means detonation at an altitude of 30 to 200 kilometers. Electromagnetic pulse (EMP) creates energy that enters electronic devices and power lines on the ground, causing massive power surges. Transformers blow, electronic devices are fried.

The EMP effect has profound military potential. An EMP attack could be used to cripple enemy nuclear weapons, missiles, bombers and even submarines (if they have deployed an antennae buoy). EMP destroys communications equipment, satellites, transformers, computers and the electric grid itself. According to national security analyst Dr. Peter Vincent Pry, in his 1990 book titled Nuclear Wars: Exchanges and Outcomes, “EMP could potentially disable missiles in their silos by damaging their guidance computers and other sensitive electronics, or destroy any launched missiles as they fly through the atmosphere. Grounded or inflight bombers, or bomber weapons in their racks, could be damaged or destroyed by EMP.”

American and Soviet planners realized that an EMP effect could be used to win a nuclear war. As described by Dr. Pry above, EMP could be used to disrupt or destroy an enemy’s nuclear arsenal. Realizing this potential, the Soviet Union and the United States both developed super-EMP bombs. These weapons produce intense gamma radiation, enhancing the EMP effect so that hardened or protected weapon systems can still be damaged. After successful tests the Russians deployed an unknown number of EMP warheads. On its side, the United States failed to deploy its own version of the super-EMP weapon.

Since proliferation is the word of the day, American experts are now concerned that rogue states have acquired super-EMP technology. In fact, there is evidence that North Korea has developed and deployed its own version of the Russian super-EMP bomb. Russian military officials have privately warned the U.S. government that scientists from the Soviet super-EMP bomb project have been helping the North Koreans. Last Thursday I spoke with Dr. Pry, who said that North Korea may have tested a super-EMP weapon in May 2009. The “signature” of the North Korean test was consistent with a high-gamma output combined with relatively small blast output – of three kilotons.

Pry also described Iranian missile tests which appear to resemble high altitude practice strikes. It is well known that the Iranians and North Koreans have been collaborating. Both regimes consider the United States to be Enemy Number One. The propaganda of both regimes includes the promise that America will be destroyed. How this destruction is accomplished, we are not told. But simple observation of tests and preparations should provide us with a clue.

RELATED : Five Levels Of Preparations For SHTF, WROL, And Teotwawki

Even a localized EMP strike could take out the entire U.S. power grid because power stations are all interconnected, and damage would cascade through the system wiping out equipment that could not be replaced for at least 18 months. According to the “Report of the Commission to Assess the Threat to the United States from Electromagnetic Pulse (EMP) Attack,” an EMP attack “can damage or disrupt the infrastructure that supplies food to the population of the United States.” Supermarkets typically carry enough food to supply the local population for three days. Without electricity, Americans will starve. Less than two percent of Americans work on farms, according to the Commission report. “An attack that neutralized farming technology would depress U.S. food production.” The food distribution system is even more vulnerable.

In a continent-wide EMP attack, between one third and four-fifths of the population would die. As of today, the United States government has taken no action to prepare for this kind of attack, or harden vital systems essential for saving millions of lives. In 2010 Congress tried to pass the Grid Act (HR 5026). After being passed by the House, the Grid Act died in a Senate committee. Today we have a chance to pass another bill, called the “Secure High-Voltage Infrastructure for Electricity from Lethal Damage Act” (the Shield Act). It acknowledges that American lives will be lost without electricity, so the grid must be protected. The cost of the Shield Act is minimal – pennies per month for the average electric bill. A better investment can hardly be imagined.

Millions of lives could be lost if the Iranians or North Korans, Russia, China launch an EMP attack. It is unthinkable that America has not adopted measures to protect its power grid. But that’s how it stands today. Write to your Congressmen and Senators. Support the Shield Act.(source)