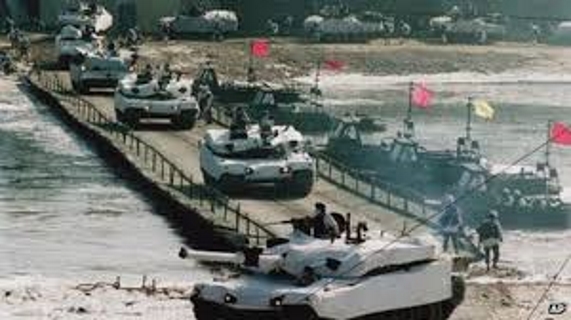 For years, the United States and the international community have tried to negotiate an end to North Korea’s nuclear and missile development and its export of ballistic missile technology. Those efforts have been replete with periods of crisis, stalemate, and tentative progress towards denuclearization, and North Korea has long been a key challenge for the global nuclear nonproliferation regime.

North Korea threatened to “retaliate against the U.S. with tremendous muscle” if it didn’t cancel multinational military exercises scheduled to begin Monday.

South Korea conducts the yearly exercises, called Ulchi Freedom Guardian, with the United States and other allies “to enhance … readiness, protect the region and maintain stability on the Korean peninsula,” according to a statement from the Korea-U.S. Combined Forces Command.

Just as the event itself is annual, so too are the condemnations and threats of retaliation from the reclusive North Korean regime.

“These exercises are a clear demonstration of the U.S. commitment to the alliance,” the official said.

While threatening military action is nothing new for the regime (Kim Jong Un told his troops they should be ready to fight a “sacred war” in the days leading up to the exercises in 2012, for example), the rhetoric coming out of Pyongang seems particularly ratcheted-up this time around.

“The army and people of the DPRK are no longer what they used to be in the past when they had to counter the U.S. nukes with rifles,” the NDC spokesman continued, saying North Korea “is the invincible power equipped with both [the] latest offensive and defensive means unknown to the world…”

A state television report repeated the claim that this isn’t the same old, ill-equipped North Korea that never could stand up to the United States in the past. In fact, this year, they are threatening to attack the U.S. on its own soil.

“If [the] United States wants their mainland to be safe,” said a newswoman for the state TV station, KCNA, “then the Ulchi Freedom Guardian should stop immediately.”

A former Army general who participated in previous Ulchi exercises said it’s nothing more than the bluster of young tyrant who perhaps feels marginalized by more serious foes.

“One of the key propaganda goals of the young leader is to just get on the radar of the U.S.,” said retired Lt. Gen. Mark Hertling, now a national security analyst for CNN. “With all the other things we’re focused on — ISIS, al Qaida in the Arabian Peninsula, Russia and Ukraine, etc., Kim Jong Un wants to ensure he grabs attention.”

Assuming the United States agrees with that assessment and doesn’t give in, the exercises — which will also include forces from Australia, Canada, Colombia, Denmark, France, New Zealand and the United Kingdom — will last 12 days and conclude August 28.

The United States has pursued a variety of policy responses to the proliferation challenges posed by North Korea, including military cooperation with U.S. allies in the region, wide-ranging sanctions, and non-proliferation mechanisms such as export controls. The United States also engaged in two major diplomatic initiatives in which North Korea to abandon its nuclear weapons efforts in return for aid.