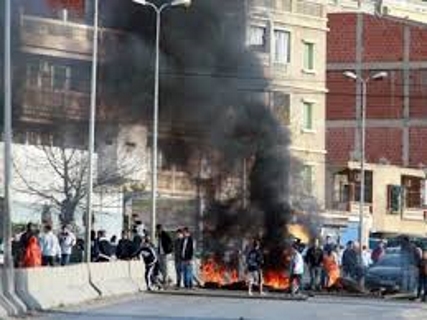 In case you haven’t noticed, the world is slowing down. More specifically, the worlds consumption and production. What amazes me is how you wouldn’t have any idea whatsoever if all you did was watch the mainstream news at 6-oclock.

While there are MANY more signs of the coming economic depression, there is one glaring fact… ‘The debt’ will never and cannot ever be paid back. More specifically the debt of nations, including the USA. We (and other nations) are tapped out. The only reason we’re bumping along is because of money printing. Additionally we used to rely on the fact that the US dollar was the world’s reserve currency. Well that has been changing and will continue to change as the saga unfolds.(source)

Most nations in South America are either already experiencing an economic recession or are right on the verge of one.  In general, South American economies are very heavily dependent on exports, and right now they are being absolutely shredded by the twin blades of a commodity price collapse and a skyrocketing U.S. dollar.  During the boom times in South America, governments and businesses loaded up on tremendous amounts of debt.  Since much of that debt was denominated in U.S. dollars, South American borrowers are now finding that it takes much more of their own local currencies to service and pay back those debts.  At the same time, there is much less demand for commodities being produced by South American nations in the international marketplace.  As a result, South America is heading into a full-blown financial crisis which will cause years of pain for the entire continent.(source)

The Coming Crash & The Recession That Never Ended

As you watch this, please keep in mind that the United States is on the exact same path that Venezuela has gone down…