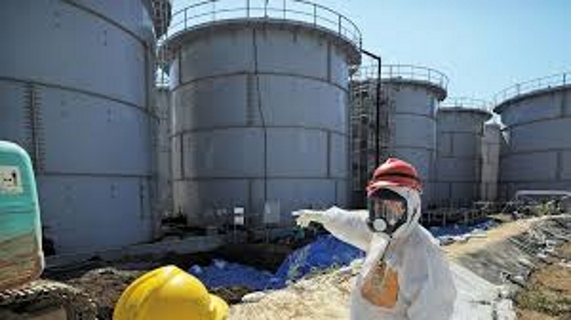 Leaks have been caused in the embankments around the tanks where highly radioactive water is stored after they are used to cool the reactors…Kyodo: Heavy rains whose severity was described as occurring once in 50 years were observed in… Fukushima Prefecture.
CNN: Fukushima prefecture. Saw more than 30 centimeters (1 foot) of rain in 48 hours — the heaviest downpour there in 50 years, NHK .

Humptydumpty at ENE made a great point! The storm is convenient for Tepco.
September 11, 2015 How convenient for Tepco, indeed, not only to flush out wayward contamination, but maybe even to empty some of those tanks to make room for more? “Couldn’t be helped… nature took its course,” as before and always blame is shifted.

Many Thanks to Strontium Milks for using creative commons license. I remixed it up a bit to include the IAEA flat out lies and show the drainage ditch overflow from back on SEPTEMBER 7, 2015 BEFORE THESE BIG FLOODS AND RAINS….Imagine what it looks like NOW!

The operator of the crippled Fukushima Daiichi nuclear power plant has found that rainwater has intermittently overflowed a drainage channel and spilled directly into the sea.

This happened after the area was hit by the recent heavy rains.

RELATED : Food Storage, Water, and Cash for 1st-Time Preppers
Some additional topics not covered in this video include: Recovering radiation contaminated bags
The officials say 82 bags have been washed into the Niida and nearby Hiso rivers. Workers involved in decontamination efforts reportedly recovered 37 of them as of 6 PM Friday.
The officials say they will continue searching for the remaining bags and check whether any other bags have been washed away. Radiation contaminated bags recovered from floods Fuel rods put into another Sendai reactor Fuel rods to be put into another Sendai reactor
The No.1 reactor of the Sendai plant on Thursday became the nation’s first to supply electricity since the Ohi nuclear plant in central Japan went offline in September 2013. Citizens protest Sendai commercial operation Sendai reactor resumes commercial operation Sendai reactor set to resume commercial operation.(source)

RELATED : Lindsey Williams – Warning to prepare for an emergency. Stock up on food, water and supplies now! 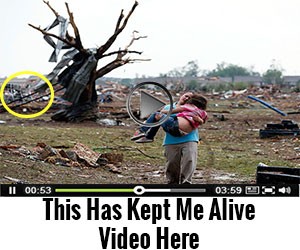 Texas AG on Looting, Price Gouging After Hurricane Harvey Up to $99 for a Case of Water ( How To Store Tap Water For Survival )