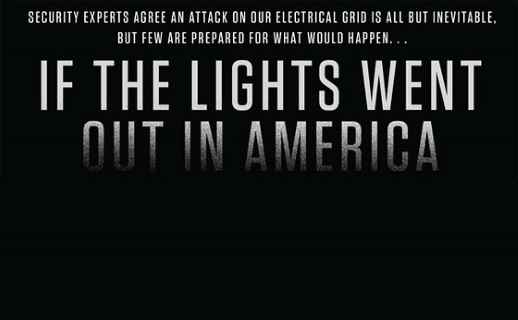 You may have plans for power outages of a few days, but if you were without electricity for a period of months or even weeks, “there is no master plan for the civilian population” says Ted Koppel, author of ‘Lights Out’ (describing how a cyberattack on the nation’s power grids could paralyze our infrastructure).

While most of those who are preparedness-minded know and realize that they cannot count on government to intervene and ‘save them’ in the thick of a major and overwhelming disaster, the cold hard facts unfortunately reveal that the vast majority of Americans presume that there is a plan, and regardless of the disaster their government will step in and ‘provide’ for them. This will prove to be a very deadly presumption…

The cities would be the hardest hit.

Gas stations running out of fuel (those that could pump)
Water is at a premium
Some emergency generators assist in pumping water and sewage (limited)
Many ‘unprepared’ are running out of food already
Beginning to panic, discovering widespread outage ramifications
The “Oh $hit” moment of realization…

THE END OF THE FIRST WEEK

Any .gov emergency rations are depleted
Many of the elderly and infirm have died
Hospitals overwhelmed and struggling to perform emergency services
Military attempts to maintain semblance of order, but not enough personnel
Looting (especially cities) has become rampant
Millions upon millions are ‘on their own’

THE END OF THE SECOND WEEK

People have become deeply frightened and fear for their lives
Most are now entirely running out of food to eat
Many are dying in regions without access to water
Many are dying in regions/climates where there is no heat (if during winter)
Disease (e.g. typhoid fever, cholera) from eating tainted food, water, poor sanitation
Martial Law is declared (perhaps even sooner)

THE END OF THE FIRST MONTH

THE END OF THE FIRST YEAR

Yesterday’s article, “Lights Out For A Nation Unprepared As Cyberattack Downs Power Grid”, pointed out a risk assessment of our electrical power grid (Ted Koppel’s book, Lights Out). Today I’m curious to look at a hypothetical timeline of the aftermath.

The timeline of subsequent events will vary based on population density, cities, suburbia, rural, season, and geographical circumstances, however it is a good mental exercise to come up with a ‘best guess’. The process will help motivate you into more preparedness ?

What’s your input? Would you add to the above or shift things around a bit?(source)

“Anonymous: American Blackout Are You Prepared?”

4 thoughts on “If The Lights Went Out In America”