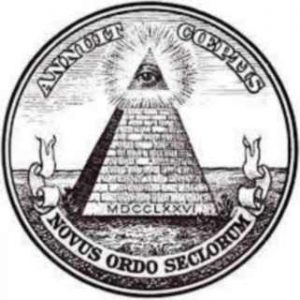 NWO Plans To
Depopulate The Earth

“If I were reincarnated, I would wish to be returned to Earth as a killer virus to lower human population levels” -Prince Phillip, Duke of Edinburgh

The previous century has been, by far, the bloodiest in human history. Hunger, famine and disease took billions of innocent lives. World Wars 1 and 2, along with the despotic regimes of Mao, Pol Pot, Stalin, Hitler, Reagan, Bush and others, took hundreds of millions. The 21st century is shaping up to accelerate this dismal trend where hunger, famine and disease are reaping record levels of death (the equivalent of 7 jewish holocaust annually). Contemporary wars continue to rage on and proliferate. In the nation of Iraq, the killing fields have taken the lives of more than 2 million men, women and children (mostly children) this past decade from foreign and economic intervention. Vastly unreported is the genocide occuring in the Congo, where more than 4 million people have been slaughtered, mutilated and massacred recently with only scant world attention given. Add to this the unrestrained and very profitable build-up of weapons of mass destruction- nuclear, chemical and biological- in the world, particularily in the volatile Middle East region, with the expressed desire and willingness to actually use them, and you have an Apocalypse of World War 3 becoming a virtual inevitability. The death toll of THIS war is sure to surpass all previous in scale and in magnitude, as has been planned.

The international campaign to eliminate the “useless eaters” (according to the Club of Rome) on behalf of the planet’s priviledged ruling elite, is surely to take a more voracious toll as global population levels continue to rise.

To implement their “final solution” to depopulate 4-5 billion people from the Earth, the world’s elite will undoubtedly harness the newly emerging biotech and nanotechnology industries to create a super ‘bioweapon’ virus creating a global ‘kill-off’ pandemic through which only they will have the cure.

How the Collapse of Iraq Would Affect America