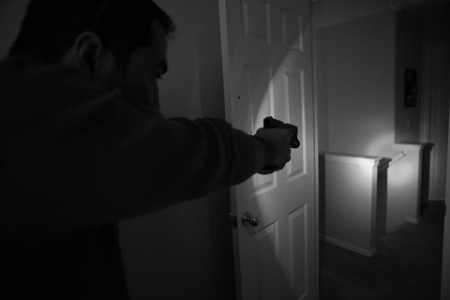 Sure, we’ve had our differences with Shannon Watts and her now-Bloomberg-owned Moms Demand Action for Gun Sense in America civilian disarmament org.

Not to mention the euphemistically named Everytown for Gun Safety. But let no one say we don’t give credit where and when it’s due. Shannon has used a nice chunk of the $50 million Mayor Mike dedicated to making it harder for Americans to exercise their right to keep and bear arms to turn out this slickly-produced spot illustrating exactly why armed self defense is so important . . . Like Shannon and her dozens of followers, the mom in the commercial is demanding, too. When her agitated ex wants in, she demands help from the police. The 911 operator’s question brilliantly highlights how useless a restraining order is when someone’s kicking in your door. And as the much larger man grabs the child and points a pistol at the woman, who could think otherwise than what she needs most at that moment is a Sam Colt-style equalizer.

So thank you, Shannon. You’ve produced a textbook lesson in the utility of firearms for self defense in our society. What’s more, you’ve shown why some of those who can benefit most from the ability to fend of a bigger, stronger, faster attacker with a gun are…women! We couldn’t have done better ourselves.