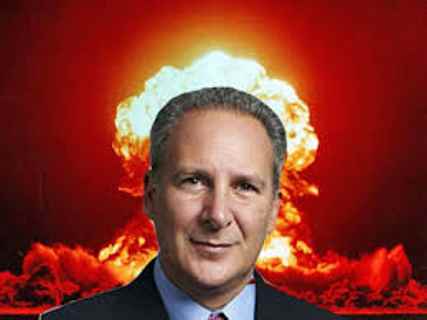 “We’ve seen these high probabilities for Fed rate hikes all year long. This is nothing new. Several months before the Fed is supposed to raise rates, everybody believes they’re about to do it. Then something generally happens between then and the time the Fed is supposed to pull the trigger, and then the Fed has an excuse why they don’t move.

If you look at the economic data that has come out recently – again, it’s all been bad. Other than that better-than-expected jobs number that we got, all the rest of the economic data has pretty much been worse than expected. And how do we know what the revisions are going to be to that jobs report? These numbers are notoriously revised, so it may not be as good as was originally reported. We still are going to get the November jobs number that comes out in early December. That may be bad. There’s a lot of news that could come out. Of course, the jobs numbers are backward looking. A recession doesn’t start because of layoffs.

Layoffs typically result from a recession. All of the other economic data points are flashing recession. So it doesn’t make any sense if the Fed is going to be looking in the rearview mirror to try to formulate monetary policy and ignoring everything they see in the windshield. I still think the Fed is more likely going to punt again, not raise interest rates. Maybe they’ll even blame it on the terrorist events happening in Europe. That may allow them to pretend that their decision has nothing to do with the US economy. And maybe people will buy it again. But with the dollar rallying, commodity prices falling, the Fed has another reason to say, ‘You know, inflation is still too low. We don’t have our inflation goal.’ So they can easily get away without raising rates in December…

Crisis China Preparing for Something Big