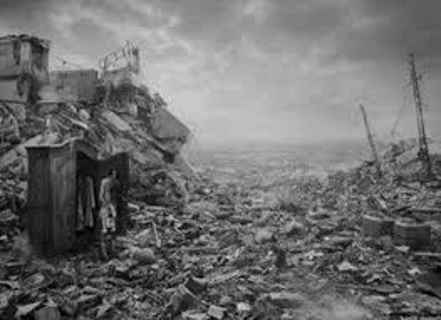 If you’ve never heard of or read a report from John Williams, then today is your (un)lucky day. Mr. Williams’, founder of Shadow Stats,  is the economic analyst that has brought us the real, unadultered statistics for unemployment (22%) and real GDP (-5.5%) and Inflation (6%).

According to Mr. Williams’ most recent report on the economy, things are not as good as they may seem. In fact, they’re a whole lot worse than what most people can even imagine.

The U.S. economic and systemic solvency crises of the last two years are just precursors to a Great Collapse: a hyperinflationary great depression.Such will reflect a complete collapse in the purchasing power of the U.S. dollar, a collapse in the normal stream of U.S. commercial and economic activity, a collapse in the U.S. financial system as we know it, and a likely realignment of the U.S. political environment. The current U.S. financial markets, financial system and economy remain highly unstable and vulnerable to unexpected shocks. The Federal Reserve is dedicated to preventing deflation, to debasing the U.S. dollar. The results of those efforts are being seen in tentative selling pressures against the U.S. currency and in the rallying price of gold.

It could not get any more serious than this. If Mr. Williams’ is correct, and his stats and analysis have proven to be right on target thus far, then we are in for what Gerald Celente has said will be like nothing we’ve ever seen in our lifetime.

Looking at each of Mr. William’s points from a worst case scenario perspective, here are some things one can expect.

RELATED : Economic Collapse 2015: Things To Be Taken Care Of To Avoid ‘Financial Ruin’

If Mr. Williams’ forecast plays out as described, then preparation will be a key to survival. As Mr. Williams points out, and many observers feel deep down, the problems that have been pushed into the future have now come home to roost:

Indeed, pushing the big problems into the future appears to have been the working strategy for both the Fed and recent Administrations. Yet, the U.S. dollar and the budget deficit do matter, and the future is at hand. The day of ultimate financial reckoning has arrived, and it is playing out.

How much time do we have? We have heard Dr. Marc Faber, who suggests that it could happen quickly, by 2012, or even later, around 2018. Mr. Williams, has recently adjusted his timelines based on the data he is interpreting:

The intensifying economic and solvency crises, and the responses to both by the U.S. government and the Federal Reserve in the last two years, have exacerbated the government’s solvency issues and moved forward my timing estimation for the hyperinflation to the next five years, from the 2010 to 2018 timing range estimated in the prior report. The U.S. government and Federal Reserve already have committed the system to this course through the easy politics of a bottomless pocketbook, the servicing of big-moneyed special interests, gross mismanagement, and a deliberate and ongoing effort to debase the U.S. currency. Accordingly, risks are particularly high of the hyperinflation crisis breaking within the next year.

This may not necessarily mean that by the end of 2010 we will be living like Road Warriors, but the system is under so much pressure, that we may begin to see the initial effects very soon, as discussed above.

For those who hope for change, we’re sorry to inform you that it isn’t coming, because it is too late:

The U.S. has no way of avoiding a financial Armageddon. Bankrupt sovereign states most commonly use the currency printing press as a solution to not having enough money to cover obligations. The alternative would be for the U.S. to renege on its existing debt and obligations, a solution for modern sovereign states rarely seen outside of governments overthrown in revolution, and a solution with no happier ending than simply printing the needed money. With the creation of massive amounts of new fiat dollars (not backed by gold or silver) will come the eventual destruction of the value of the U.S. dollar and related dollar-denominated paper assets.

Folks, if Mr. Williams and others are right about this, then I am afraid that we are going to experience something in the United States that will be written about for centuries in the history books (if the whole planet doesn’t get wiped out by a nuke war before it’s all said and done).

What can be done now? The answer is nothing. It is just time.

Take away the fiat illusion, and the real value collapses to those concepts of tangible value that will remain in a post bubble implosion scenario: whether these be spam, gold, or lead.

We’ll be publishing a basic primer on prepping your SHTF Plan for Hyperinflationary collapse, but for now, we urge our readers to consider Mr. Williams’ analysis and take some advice from Zero Hedge.(source)