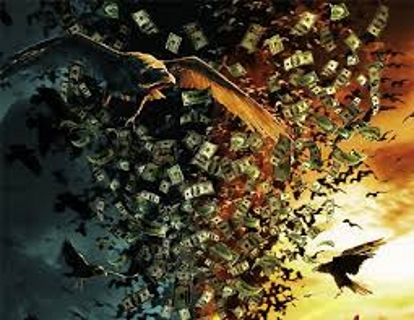 Peter Schiff breaks down developments in the economy, with the latest jobs report showing a dwindling labor market.

Peter Schiff is a well-known commentator appearing regularly on CNBC, TechTicker and FoxNews. He is often referred to as “Doctor Doom” because of his bearish outlook on the economy and the U.S. Dollar in particular. Peter was one of the first from within the professional investment field to call the housing market a bubble. Peter has written a book called “Crash Proof” and a follow-on called “The Little Book of Bull Moves in Bear Markets”. He is the President of EuroPacific Capital, which is a brokerage specializing in finding dividend-yielding, value-based foreign stocks.

Jim Rickards – The United States Is Weak and About To Collapse

The coming collapse of the global monetary system will not have occurred by chance, no, it is entirely by design. This has been little more than a robbery. A robbery on a scale never before seen. A robbery carried out by the criminal moneylenders who hide in the shadows behind our central banks. Central banks, which when you look closely at how they actually came into being, were created after long bouts of murders, corruption, and general terrorism. You see, central banks are actually created in order to enslave entire nations within a web of debt. A web of debt which is also designed to be inescapable. A state of ‘perpetual slavery’.

Would recommend both of Jim’s books. He clearly understands our debt based monetary system and also appreciates Austrian economics. One issue I would take issue with is the “wrong models” of the Fed. The Fed has the right models if their intentions are to deceive and misdirect. If the name of the Fed was changed to the Bank of Rothschild, Morgan and Rockefeller the true nefarious nature of central banking would be exposed. I am sure Jim knows this but is simply being polite and diplomatic.