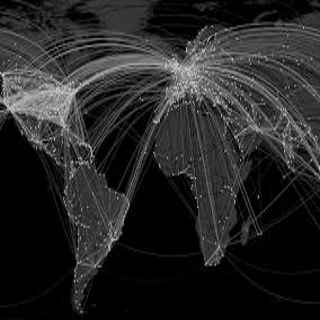 A Rockefeller Foundation white paper published in May of 2010 titled Scenarios for the Future of Technology and International Development takes a look at hypothetical future scenarios which may be used to benefit privy globalist corporations, businessmen and organizations at a later time.

Shockingly published in the Scenario Narratives section on page 18, titled Lock Step, the Rockefeller Foundation nearly hit the nail on the head with their futuristic and fictitious scenario. I mean what are the chances? Come on. It literally follows lockstep.

In 2012, the pandemic that the world had been anticipating for years finally hit. Unlike 2009’s H1N1, this new influenza strain originating from wild geese was extremely virulent and deadly. Even the most pandemic-prepared nations were quickly overwhelmed when the virus streaked around the world, infecting nearly 20 percent of the global population and killing 8 million in just seven months, the majority of them healthy young adults. The pandemic also had a deadly effect on economies: international mobility of both people and goods screeched to a halt, debilitating industries like tourism and breaking global supply chains. Even locally, normally bustling shops and office buildings sat empty for months, devoid of both employees and customers.

The pandemic blanketed the planet though disproportionate numbers died in Africa, Southeast Asia, and Central America, where the virus spread like wildfire in the absence of official containment protocols. But even in developed countries, containment was a challenge. The United States’s initial policy of “strongly discouraging” citizens from flying proved deadly in its leniency, accelerating the spread of the virus not just within the U.S. but across borders. However, a few countries did fare better China in particular. The Chinese government’s quick imposition and enforcement of mandatory quarantine for all citizens, as well as its instant and near-hermetic sealing off of all borders, saved millions of lives, stopping the spread of the virus far earlier than in other countries and enabling a swifter post-pandemic recovery. ZIKA VIRUS BIRTH DEFECTS from MOSQUITO!! DEPOPULATION CONSPIRACY 2.5 BILLION PEOPLE

Basically the publication is insinuating that a new world will be formed after a pandemic strikes, allowing “top-down government control” and “more authoritarian leadership”. And you know what? They may not be that far off.

After successfully exposing monkeys to airborne Ebola, which “caused a rapidly fatal disease in 4-5 days,” scientists with the U.S. Army Medical Research Institute of Infectious Diseases (USAMRIID) concluded Ebola can spread through air but likely hasn’t in Equatorial Africa because the region is too warm, with temperatures rarely dropping below 65°F.

Now The Zika virus is likely to spread across nearly all of the Americas, the World Health Organization has warned.
The infection, which causes symptoms including mild fever, conjunctivitis and headache, has already been found in 21 countries in the Caribbean, North and South America.
It has been linked to thousands of babies being born with underdeveloped brains and some countries have advised women not to get pregnant.
No treatment or vaccine is available.
The virus was first detected in 1947 in monkeys in Africa. There have since been small, short-lived outbreaks in people on the continent, parts of Asia and in the Pacific Islands.

CIA and U.S. military involvement in the use of biological pathogens as weapons is well documented. But surely the creators of The Walking Dead are just conspiracy theorists.President Barack Obama’s new ‘Ebola Czar’ and Zika Zika Virus Ron Klain is an enthusiastic advocate of population control who thinks that there are too many people in some country. World Health Organization Warns Zika Virus Will Spread Across The Americas

“We see a year [1976] when the US was violating a Senate law that forbid the US from engaging in the Angolan Civil War and we saw Zaire being used as a bait for the CIA and then we saw the outbreak of Ebola in Zaire. The same year that George H. W. Bush was the director of the CIA,” Madsen said.

“I think what we need to see is an investigation of how intense the CIA biological warfare program was in Zaire and Angola between 1976 and 1980, and what has hit in Sierra Leon and other countries is the Zaire strain of Ebola.”

A Global Pandemic Of Epic Proportions
The numerous anecdotal and clinical observations which follow are the product of various healthcare professionals and practitioners, homeowners and homemakers, businessmen and businesswomen, farmers and meteorologists, etc. Because chemtrails affect every resident on the planet, many have catalogued or journaled the most common adverse health effects, which they inevitably produce. As a result, the world now has a growing body of anecdotal evidence which clearly illustrates their profound and deleterious effects on human life. The Reality of SHTF: War, Water, Food and Population Effects
What follows is a fairly exhaustive list of symptoms associated with chemtrail spraying. Each symptom has been identified by various individuals who have clocked their occurrence with the onset of chemtrails being laid down over their homes or businesses. This list has been organized in a descending order, with the most commonly experienced symptoms at the top.

Each of these symptoms is a normal occurrence in areas around the world where chemtrails have become a fact of life.

Zika Virus Part of NWO Elite Agenda? The World Health Organization announced it will convene an Emergency Committee under International Health Regulations on Monday,  concerning the Zika virus ‘explosive’ spread throughout the Americas. The virus reportedly has the potential to reach pandemic proportions — possibly around the globe. But understanding why this outbreak happened is vital to curbing it. As the WHO statement said: A causal relationship between Zika virus infection and birth malformations and neurological syndromes … is strongly suspected. [These links] have rapidly changed the risk profile of Zika, from a mild threat to one of alarming proportions. WHO is deeply concerned about this rapidly evolving situation for 4 main reasons: the possible association of infection with birth malformations and neurological syndromes; the potential for further international spread given the wide geographical distribution of the mosquito vector; the lack of population immunity in newly affected areas; and the absence of vaccines, specific treatments, and rapid diagnostic test.
Scientists in Brazil believe the devastating Zika virus may have already crossed over to the common mosquito, dramatically increasing the risk of it spreading worldwide. The Brazilian government is already struggling to contain a growing public health disaster. The Horrific New World Order Master Plan that has full UN approval

There are suspicions the mosquito-borne virus is linked to more than 4,000 babies with brain deformities in South America’s largest country. bio agent GMO bill gates
The authorities have called troops out on to the street and deployed teams of health workers to try to combat the spread but so far those at the forefront admit they are nowhere near succeeding. The World Health Organisation has convened an emergency committee to discuss the “explosive” spread of the Zika virus, which has been linked to thousands of birth defects in Latin America.
“Last year the disease was detected in the Americas, where it is spreading explosively,” Margaret Chan, the WHO director general, said at a special briefing in Geneva. It was “deeply concerning” that the virus had now been detected in 23 countries in the Americas, she added.
One WHO scientist estimated there could be 3-4m Zika infections in the Americas over the next year. Oxitec first unveiled its large-scale, genetically-modified mosquito farm in Brazil in July 2012, with the goal of reducing “the incidence of dengue fever,” as The Disease Daily reported. Dengue fever is spread by the same Aedes mosquitoes Incidentally, President Obama called for a massive research effort to develop a vaccine for the Zika virus, as one does not currently exist. Brazil has now called in 200,000 soldiers to somehow help combat the virus’ spread. Aedes mosquitoes have reportedly been spotted in the U.K.

What Is A Pandemic And How Do We Control It? As Zika virus continues to spread, the WHO is taking to action to try to contain it. But how do countries control a pandemic like Zika? Learn To Develop Survival Medicine Skills Before A Pandemic Hits!

BREAKING NEWS: 24 Hours Warning !! The Earthquake that is About to Happen West of the US – Scientists Predict Thousands Will Die From Earthquake Expected Anytime on US West Coast