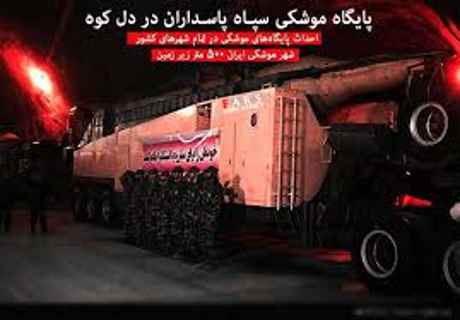 At first glance it looks like the set of a James Bond movie — a seemingly impregnable mountain base packed full of uniformed men and sinister-looking missiles on their launch vehicles parked along a long tunnel buried deep underground. But this is in fact a real-life missile facility in Iran, according to the country’s semi-official FARS news agency.
In a rare moment of openness, Iran on Wednesday broadcast pictures from The Islamic Revolution Guards Corps (IRGC) Aerospace Force of a tunnel reportedly dug some 1,640 feet (500 meters) under a mountain. The release of this footage comes just a few days after state media reported that Iran had test-fired new generation long-range ballistic missiles. U.S. bases ‘within range’

RELATED : US officials have evidence that ISIS has used chemical weapons : Weapon That Can Instantly End Modern Life in America

Iran is completely overhauling its missile technology, replacing the current stockpile with newer weapons, a senior general told state media.
“As of next year, a new and advanced generation of long-range liquid and solid fuel missiles will replace the current products,” said Brigadier General Amir Ali Hajizadeh.
“The missiles in various ranges are mounted on the launchers in all bases and (are) ready to be launched.”
The underground facility shown on television was only one of “numerous missile bases” scattered across the country, according to Hajizadeh. Earlier this month in a speech at a university in Tehran, Hajizadeh said that all U.S. bases in the Middle East were within range of Iranian missiles.
The revealing of the underground bases comes in the wake of a major deal reached by Iran and the so-called P5+1 group of nations — the U.S., U.K., Russia, China, France and Germany — over its program.
Under the deal, international sanctions on Iran will be lifted in return for restrictions on its nuclear program aimed at preventing it from being able to develop an atomic.

Ran is an existential threat to the state of … The odds are unacceptably high they would use in the skies of Tel Aviv or New York or Los Angeles. But the threat that is posed to the United States of America is even qualitatively greater.

The single greatest threat if Iran acquired would place that on a rocket on a ship anywhere up and down the Atlantic and they would fire that rocket straight into the air into the atmosphere and if it got high enough and they could , it would set off what’s called an Electro Magnetic Pulse, an EMP. An EMP would take down the electrical grid of the entire eastern seaboard.
The EMP would shut down the stock market and all financial systems, shut down delivery of food, water, heat, air, and basic transportation, Cruz said. The projections are that an EMP over the eastern seaboard would cost the lives of tens of millions of Americans. And they don’t need targeting equipment… They need to fire straight in the air. american blackout prepper prepare.

RELATED : Dangers Of An EMP Attack & Palmistry – Which Could Knock Out The Electrical Grid

Breaking News ISIS is Attacking the US Power Grid 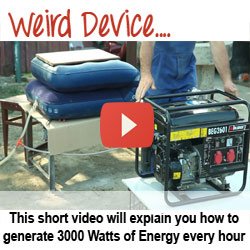