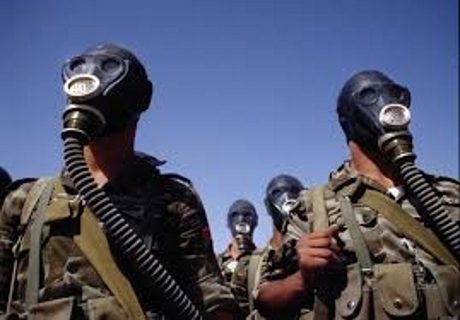 Mr. Morell said he was more concerned than usual about the alert partly because of the growing number of people in the U.S. who align themselves spontaneously and via the Internet with the Islamic State group, also known by the acronyms ISIS and ISIL.

“I’m worried about this one,” he said.

Most U.S. recruits who have heeded the siren calls of the radical extremist organization planned to kill soldiers at military facilities and attempted to assail law enforcement officers. These calls often are proliferated through social media messages, an online magazine and other Internet-based propaganda.

Since the 9/11 terrorist attacks, 116 homegrown jihadi plots have been uncovered in the U.S. and more than half of them have been in the past three years, said Rep. Michael T. McCaul, Texas Republican and chairman of the House Committee on Homeland Security.

In the FBI’s latest arrest, a New Jersey man was charged Monday with conspiring to provide material support to the Islamic State group and trying to persuade a witness to lie to the FBI. The man’s brother traveled to the Middle East in May to join the terrorist group and was arrested in Jordan, authorities said.

“This is not bin Laden with couriers now. This is a new generation of terrorists using the Internet in a very savvy way to attack the West and also get in the homes and in the basements in the United States to radicalize individuals and then call them up as sleeper cells to attack Americans,” Mr. McCaul told “Fox News Sunday.”

Mr. McCaul said there has been an uptick in “chatter” about possible attacks over the July Fourth holiday weekend. Although Americans ought to enjoy parades and other events, he said, they should “remain vigilant during these celebrations.”

Though the Islamic State propaganda machine hasn’t had much success in inspiring lone-wolf attacks in the U.S., its followers have committed much more mayhem in other countries, most recently in a series of attacks Friday in Kuwait, Tunisia and France.

A suicide bomber sympathetic to the Islamic State attacked one of Kuwait City’s most prominent Shiite mosques, killing 27 worshippers and injuring more than 200. A gunman killed 38 people, at least 18 of them Britons, in a rampage on a Tunisian beach frequented by European tourists. In France, a Muslim beheaded his boss, took a selfie with the severed head and then unsuccessfully tried to use a truck to blow up a U.S.-owned chemical warehouse.(source)

It’s not my intention to scare anyone. I’m just showing some videos I’ve found with evidences of a possible attack in US this year. I’m not saying this is going to happen, maybe it won’t. Do your own research and take it easy.

RELATED : A nuclear device detonated above the U.S. could kill millions, and we’ve done almost nothing to prepare.

False flag nuclear attack in US ?

How Dangerous Are Chemical Weapons?

Chemical weapons are classified as being “unconventional” as they due not rely on an explosive force to injure or kill.

However, modern chemical weapons are increasingly sophisticated and complex. Soldiers today have to contend with a variety of deadly chemicals ranging from nerve agents to blister agents. One of the most deadly chemical weapons is sarin gas. Five hundred times more lethal than cyanide, sarin attacks the nervous system and has been known to kill people less than one minute after coming into contact with the gas.

The United Nations has identified about 70 different chemicals that can be used as weapons in modern combat scenarios. The most deadly chemical weapons are classified as “Lethal Unitary Chemical Agents and Munitions.” These are the most hazardous weaponized chemicals.(source)

RELATED : 25 Must Know Skills For Surviving The Coming Nightmare

The most dangerous chemical weapons stored by the U.S. are potent blister agents that cause severe skin and eye irritations. Although not part of conventional warfare, most militaries around the world stockpile various forms of chemical warfare agents.

RELATED : How to Prepare for American Armageddon

The 5 most secret government locations and military bases in the world, from top secret submarine bases and supercomputers armed with nuclear weapons to the new Area 51.

How to Survive a Chemical or Biological Attack (Weaponized Virus)