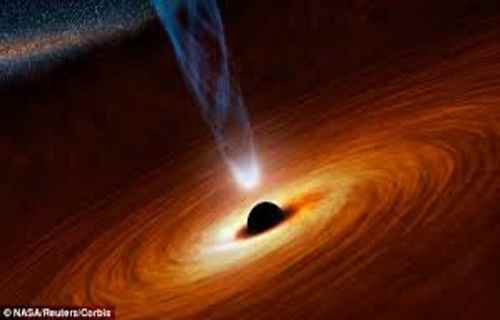 THE SIGNS THAT PLANET X, (NIBIRU) IS CLOSELY APPROACHING & PREPARING!

New Upload 2016.What is planet X also known as Planet 7X or Nibiru and what does it mean for us on earth? Is there a biblical connection and does it play a roll in the end-times?

There is evidence of an ongoing resurgence of the Planet X (also known as Nibiru) cataclysm conspiracy theory following the publication of new scientific studies in 2015 claiming evidence of a mysterious unnamed planet lurking beyond Pluto. The scientific claims were based on observations of gravitational influences on a group of space bodies termed the “extreme trans-Neptunian objects” (ETNOs) orbiting our Sun beyond the planet Neptune.
A slew of messages and YouTube videos currently being circulated in the conspiracy theory blogosphere claims that a NASA study published in 1988 revealed details about the mysterious Planet X/Nibiru with an estimated orbital period of more than 1,000 years.
The study, according to conspiracy theorists, demonstrates that NASA and the U.S. government have been aware for decades that the rogue Planet X is coming with catastrophic consequences for humanity.
According to conspiracy theorists, recently leaked secret NASA “Planet X” files reveal that the agency is aware that the gravitational influence of Planet X had disrupted the orbits of other planets during a previous passage into the inner solar system hundreds of years ago; and that the next disruptive passage into the inner solar system is imminent.
The approach of the mysterious Planet X is currently sending waves of charged “plasmatic energy particles” through our solar system. The flow of energy will finally disrupt the “core flows” of the Earth and trigger catastrophic changes in Earth’s climate.

We have been feeling the disruptive effects of the inbound rogue Planet X since 1996 in the form of increased seismic and volcanic activities, freak weather patterns, and natural disasters.
NASA, the Pentagon, and the CIA are aware of the approaching rogue planet. The Vatican has also been briefed, but the public is being kept in the dark about the impending apocalypse. But despite efforts to keep the information secret, there have been leaks.
The comprehensive report submitted to the White House estimates that about two-thirds of humanity will be wiped out when Planet X induces a pole-shift. Two-thirds of survivors will perish over another six months due to starvation and exposure to the elements.
Although some conspiracy theorists insist that the Planet X mentioned in the NASA files is not linked with Zecharia Sitchin’s planet Nibiru — the alleged planet of the alien Anunnaki that makes a close approach to Earth as it passes through the inner solar system on its orbital path once every 3,600 years — many conspiracy theorists insist that that NASA’s “Planet X” is Nibiru.
But it is uncertain whether the Planet X mentioned in the purported NASA files is the same as the Planet X that scientific researchers announced in 2014 that they have evidence is lurking in the fringes of our solar system beyond Pluto.
According to the research study titled “Extreme trans-Neptunian objects and the Kozai mechanism: signaling the presence of trans-Plutonian planets,” published in June of 2014 in the journal Monthly Notices of the Royal Astronomical Society Letters, there are at least two planets — part of our solar system — larger than Earth, lurking out there beyond Pluto, and whose presence can be detected through their gravitational influences.
According to the emerging conspiracy theory, NASA embarked on the New Horizons project two years after the 1988 publication revealed the existence of Planet X. The final destination of New Horizons is Planet X, but to prevent mass panic, NASA pretended that the destination of the space probe is Pluto and the Kuiper belt.
In the 1990s, the agency pretended it had abandoned the search for Planet X by leaking false information that the latest measurements by Voyager 2 proved that Planet X does not exist. According to NASA at the time, measurements taken by Voyager 2 showed that the alleged irregularities in the orbits of Uranus and Neptune which led to the Planet X hypothesis were due to overestimation of the mass of Neptune.
But according to conspiracy theorists, the claim by NASA scientists was a deliberate ruse to cover-up the actual destination of New Horizons beyond Pluto and the Kuiper belt – Planet X.

NASA knows that Planet X is real and that Armageddon is near, according to conspiracy theorists.
The researchers suggested that Planet X is likely ten times more massive than Earth and probably lies about 250 AU from our Sun.

People follow different paths to the truth about Planet X, with an enduring hope that one day, our government will finally disclose what it knows. More money has been spent on preparation for Planet X than anyone could imagine.

THE NIBIRU PLANET X DISCLOSURE FILES – PREPARING FOR 2017! Astrologist, Ex Government officials, Political insiders are all saying the same thing… 2016 is the year we have all been hearing about. The return of Planet X or Nibiru to some, Wormwood to others. Is John Moore correct in his statements that Planet x, or Nibiru, Wormwood are actually on a close approach of Planet Earth? Research delving into the issue of Wormwood, Planet “X”, aka Nibiru. With Obama’s recent speech on Global Warming, take notice to what he also had to say about a possible end of life as we know it here on earth. Why was this said? With so many conspiracy’s of the end times coming already spreading around the world. Why make such a statement?
John Moore has interviewed dozens of US Navy submarine and surface fleet veterans on the subject of rapid global sea level rise, gleaning information from the questions he asks, questions the main stream media is afraid to ask. His investigative prowess has allowed him to produce two major videos on the subject of Planet “X”; videos that are backed up by diligent research, documented history and scientific fact.
John Moore also broke the story in the alternative media on the actual stoppage of the Gulf Stream in June of 2010. Through his carefully cultivated ties with noted domestic and international scientists and with learned academics, he was able to bring to the public’s attention the potentially devastating effects of current’s termination off of the coast of Cape Hatteras. Unfortunately, the Winters of 2010-2011 and 2011-2012 have borne out his fore-stated hypothesis of bitterly cold winters afflicting the UK and much of Western Europe.
Let us all Pray that these people are wrong, and life will continue to proceed as normal, or as normal as we have come to except into 2016. But if they are right, Let us all be very Thankful for this information while there was still time to receive it.

RELATED : Coming chaos or mere coincidence: Could these be signs of an approaching Planet X?

RELATED : Humanity’s End & Something BIG Is Heading Towards Earth (Tom Horn May ’15)