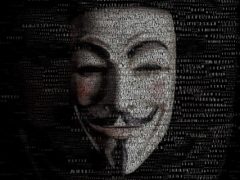 Floods, earthquakes and deadly plagues will finish all humanity and the civilised world as we know it. The horrifying forecast is being made by some Christian groups who predict the… Read more »

Anonymous : A Message For The Elite and all Corrupt Governments EXPECT US IN 2017 ——————————– Anonymous, we are getting bigger every year and governments are fearing what we do and… Read more »