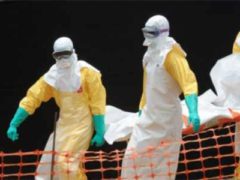 By Mac Slavo (Image Credit: SEYLLOU/AFP. Workers with Doctors Without Borders carry the body of a victim of Ebola in Guekedou, Guinea) Earlier this year it was reported that the deadly Ebola… Read more »