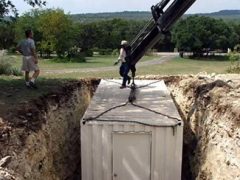 Many people associate prepping with building a ‘Doomsday Bunker’ – some sort of reinforced concrete or steel bunker, and buried underground.  These are sometimes primarily intended as nuclear and fallout… Read more »