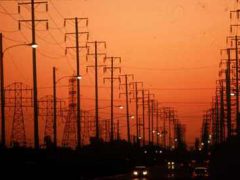 On a late Thursday afternoon in the summer of 2003, everything turned off. As this week’s Retro Report video illustrates, in the span of a few minutes, the biggest power… Read more »

How Horrific Will It Be For The Non-Prepper? This article has been made available by regular SHTFplan contributor Be Informed.  Editor’s Note: You have no doubt had your own… Read more »