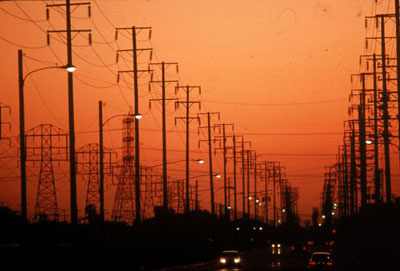 Trying to predict future events is an often unrewarding pursuit fraught with dangers, rarely are predictions fully accurate, more often, they are spectacularly wide of the mark; for this reason, speculation rarely benefits anyone.

However, with Dick Cheney’s chilling warning/threat of a ‘far deadlier nuclear 9/11′ in mind, we couldn’t resist indulging in a little speculation as to the possible target of this future attack.

Of course, we aren’t the only ones who have considered the issue of likely targets for a ‘terrorist’ attack.

In 2007 , the U.S. Department of Homeland Security commissioned a report by the National Research Council into the vulnerability of the U.S. Power grid to terrorist attack. However the D.H.S. decided at that time that the report would be classified in its entirety. After a formal request from the Research Council for an updated security classification review, the report was cleared for public release in Fall 2012.

The report makes it clear that the U.S. Power grid is highly vulnerable to attack. There are 30 substations in the U.S. that play a critical role in the nation’s grid operations; the report said that if any nine of them were taken offline, the U.S. power grid could suffer coast-to-coast blackouts lasting 18 months or more and costing the nation billions of dollars to repair.

You can read the full report entitled ‘Terrorism and the Electric Power Delivery System’ here.

With this disturbing scenario in mind, we asked the same brave folks at Sandia Labs who chose to release the astounding news about the nuclear weapons used on 9/11 if they had any insight into the possibilities of such an attack. The result was the release to us of more highly-classified information every bit as astounding and chilling as the 9/11 nuclear data. 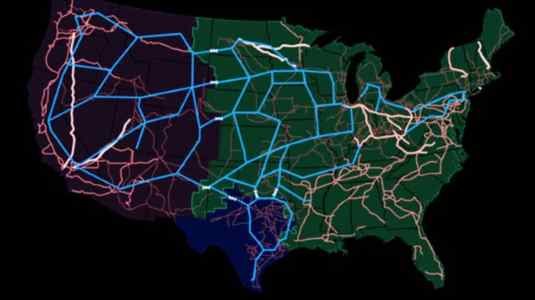 Q: Have case studies been carried out that examine the possibilities for an attack on the US power grid?

A: Many studies have been done on EMP damage to the US power grid.

Only a very high altitude air burst above 1 megaton would work. Requires a ICBM to work. Russia or China only and a first strike use only.

All other smaller burst would be tactical in effect only. Can be done by terrorists.

There are two types of attacks.

The first is for long term damage, and the second is to produce temporary outages in targeted cities only. Such an attack would only require a low-yield weapon detonated below 30,000 feet in a jet, or a ground burst from a carrier van in order to take out a power plant, dam, or transformer switching yard.

Unless you are directly below the blast, air bursts only blow fuses and damage power and phone lines. This damage can easily be repaired in a few days or weeks, much like after a hurricane or tornado hits. Its effects are short term and short-ranged.

Long term damage can happen to infrastructure, and is more permanent. You have to replace the transformers and power plant equipment. It can take up to several years just to replace a power plant ETC. These parts are custom built, and they are not kept in stock.

Q. Is there a type of nuclear weapon that is optimized to create the largest possible EMP? Would this be the type of weapon best suited to destroying electrical and electronic infrastructure such as the US power grid?

A. There are three types of EMP attacks possible. The one everyone knows about is the high altitude EMP burst. It is horizontal in polarity, and it is designed to knock out power lines, power transformers, phone lines, AM and shortwave radios. It mainly works on long line power cables that are above ground and running parallel to the earth’s surface. It is detonated at high altitude, usually above 45,000 feet, and it is a line-of-sight weapon, with a maximum range of 300 to 600 miles, depending on burst height. The major damage is limited to an area just below the fireball’s burst location.

Its EMP effect very rapidly decreases in strength with range. It will also knock out the ionosphere for up to several hours making long range AM band and HF communications difficult or impossible. This is intended for knocking out command and control structures. Frequencies above 30 to 60 MHz are poorly affected. 75% of the pulse is well below 30 MHz in frequency, with the majority of the pulses being between 15 and 300 KHz in range.

In any EMP blast, any wire that is less than 10 feet long will absorb very little EMP energy. So it will not disable your car unless you are directly below or near the blast. Cell phones, TV, and FM radios are pretty much immune from this kind of attack due to the very short wavelengths involved.

B. The surface burst EMP effect is vertical in polarity, and it is very short-ranged, with the majority of the energy being shot straight up in to the atmosphere. It can act as a directed energy weapon when the burst is confined into a channeled metal wave guide, such as on 911. When confined in such a structure, it will use any conductive metal as an energy conduit to transfer the electromagnetic energy into.

This magnetic pulse is very good for enhancing the thermal effects of the weapon by very rapidly heating up and melting very thick metal objects such as car engine blocks and steel beams. The effect is very similar as to how an induction cooker works.

C. The underground burst is the 3rd mode of EMP weapons. In this mode almost all of the energy produced is absorbed by the earth. Its main function is in going after underground bunkers, structures and rail or oil pipelines. It is usually referred to as a bunker buster. Its main effect is in producing a large magnetic pulse in the ground for destroying or damaging equipment by means of thermal magnetic induction. It produces a magneto-hydrodynamic process as its mode of destruction. It is good for taking out dams, power plants and well-shielded nuclear reactors.

D. In order to effectively use it on the US power grid, [you have to ask] what is your intention. If you only want to temporarily knock out the power and disrupt communications for only a few days to a week or two, then a high altitude air burst would be used. This would be a precursor by a first strike nation only.

More than one 300-kiloton or larger weapon would be needed, unless your only intention was to use it on the east or west coast.

The majority of the damage would be limited to a few hundred miles around the affected area, such as WDC, NYC, Chicago, Atlanta, Dallas, Houston, Phoenix, LA or San Francisco. It would have to be detonated above 45,000 feet. This would imply using an ICBM.

The main damage would be in blowing out circuit breakers and producing very large power transits overloading the capacity of the power grid to manage it, effectively tripping safety circuits. This is called “load sloshing”, and it is what took out power to the northeast power grid years ago.

E. A low altitude (under 30,000 feet) nuclear burst under 20 or 30 kiloton in size will be limited to line of sight range. This is usually about 30 to 60 miles max for a low level burst. Damage will be limited to blowing out circuit breakers, transformers, motors and phone lines, with the majority of the effect being within one to six miles from the center of the burst.

F. In a ground burst as used by a terrorist organization, a very small nuke enhanced for EMP use will only be effective for less than a mile or two, as seen on 911. The range is extremely limited, and it is effective only against large fixed infrastructures, such as power plants and transformer switching yards.

By going after unprotected power plants and associated switching yard equipment such as very large transformers the damage can be quite severe.

It can take years to replace equipment like this. Most of it is now only made in Asia and you have to wait years to get replacement generators and transformers made. GE and Westinghouse off-shored this type of manufacturing to Asia years ago. It is the soft underbelly to the US power grid. No spares.

The former head of Homeland Security, Janet Napolitano, warned about this before leaving office. For a terrorist group, this is the easiest option outside of dropping power lines. Just park a white moving van with a EMP weapon loaded inside of it next to a major transformer sub station. Light the fuse and run.

Q: What do you consider to be the most likely target of the ‘far deadlier’ terrorist attack that Dick Cheney recently warned about?

A: It just means more dead bodies. City size vs 9/11 size. As on 9/11, look for the rats abandoning the ship first. When you see all of the ship’s rats carrying their cheese down the anchor rope, you know something is up.

Clearly, the folks at Sandia have studied the possibility of attack on the power grid in depth; much of their info correlates exactly with the National Research Council report. If the U.S.’ top nuclear weapons laboratory and the academics at the Research Council share the same concerns for the same reason, then we must pay attention.

The most significant part of the Sandia information, in terms of it being a possible scenario for a ‘terrorist’ attack or rather, a false flag that can be blamed on terrorists is this sentence:

For a terrorist group this is the easiest option… Just park a white moving van with a EMP weapon loaded inside it, next to a major transformer substation. Light the fuse and run.

So, if war with Iran or Syria or some other unfortunate target of Zionist aggression is desired, and they chose to repeat the successful 9/11 formula of false flag ‘terrorist’ attack to provide justification, then the US power grid must be considered among the prime targets. The terrible implications of such an attack are starkly laid out in these sentences:

It can take years to replace equipment like this. Most of it is now only made in Asia and you have to wait years to get replacement generators and transformers made. GE and Westinghouse off-shored this type of manufacturing to Asia years ago. It is the soft underbelly to the US power grid.

1 thought on “Taking America off the Grid”