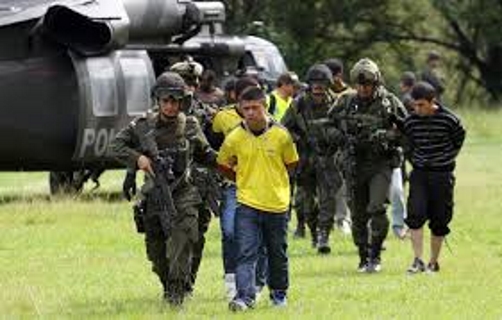 As you read this, the American public and peoples of the world are being “educated” about asteroids/meteors/comets, and the deleterious effects they can have on the Earth and “life” here. The fringe loonies are being filled with stories of “Planet X”, Nibiru, the “dark star” and/or “Wormwood” on its way to collide with Earth. Various movies, “Armageddon”, “Deep Impact”, books “Lucifer’s Hammer”, etc., are made specifically so human minds can “imagine” the scenario. The “fatima” prophecies given to the popes from some illiterate girls who had a vision, caused the catholic church to build a huge telescope down in Chile to watch for the planetoid on its way in.

As you read this, aryan astronomers are searching the skies and locating any potential comets, meteors or asteroid candidates, not too big, not too small for the proposed massive depopulation plan.

The object that hits  will have been “tipped” in to collision course on purpose. The aryans who do it will claim it was an “accident”. History, i.e. primitive survivors sitting around campfires, telling the story, will say it was an act of god.

Due to overpopulation pressure  the “aryans”  have a plan to massively depopulate the planet.
According to one of the eldest aryans on the planet, Edward Teller, father of the H-bomb, now finally dead, we just have to knock the oncoming meteor aside.
What the aryans have in mind, however, is to knock the  appropriate sized meteor into a collision course.
The meaningful “governments” all have deep underground shelters, some as large as cities holding 10,000 people(Mount Weather, Virginia) If the object hits the ocean, it kicks water into the atmosphere, if it hits land it kicks dirt into the atmosphere. Either way “nuclear winter” scenario takes place. Sunlight will be blocked for a year, no food crops will grow. Most of the seed stocks have been hybridized by the conglomerates, ADM, Cargill and others, so they only grow one season, the seeds produced by hybridized plants are sterile and cannot grow new plants. The greedy corporations have done this so third world countries have to go into debt borrowing money from the ferrets at the IMF and World Bank in order to buy seeds EACH YEAR. Under “Nuclear Winter” scenario, it only takes three years for 3 billion or more people to starve to death and/or kill each other for food.

It has been ascertained by the CFR that unless drastic measures are
taken before 2020 that there will be no quality of life for anyone.
AIDS is germ warfare but it is not happening fast enough. Germ warfare “bird-flu” pandemic is planned.
Snakes on a plane, here comes the rant! When the engineered infrastructure breakdown occurs, the government goes underground, FEMA declares martial law and the government retires under the aegis of the FRA (Federal Relocation Arc-200 underground survival centers). then they fly the remotely controlled silent disk craft, tell us we are “under alien attack, please remain in your homes, don’t riot, let us handle this”.

They never have to use the army to control population because they have the phony “alien” attack, a “common enemy”. Causing belief in “aliens” on Earth has been the largest mind control project since MK-ULTRA. They have caused all the dimwits to believe in aliens. Please don’t misunderstand, there is plenty of intelligent “life” in this Galaxy, it just has not come here in the last 2 million years. Almost every “alien abductee” can be back engineered and shown to be a mind control victim. To those very few humans who have actually “seen” something strange, Thule Foundation states unequivocally that your sighting was “interdimensional” and not extraterrestrial. There are no extraterrestrials on Earth at this time. If they are not able to execute the Plan, massive population thinning will be blamed on acts of terrorism. Human version of bird flu designed. SARS for China, Hanta for Navajos. Note: Humans reading this who work for various intelligence organizations, NSA, CIA, DIA, FEMA, etc., homeland insecurity and social mind control experts, be aware that you have been compartmentalized. Wake up! You are a part of the greatest genocidal murder plot in recorded history, far more heinous than the holocaust. You are just a cog in the wheel for the rulers of planet Earth. Cannon fodder. They won’t need you after the infrastructure breaks down, your usefulness will be over.
For information on the history and current day comments on silent flying disks. go to (LOOK Magazine article 1955) The aptly named “shadow government” is already in place, “practicing” survival underground.(source)

The Depopulation Agenda For a New World Order Agenda 21

We are constantly inundated with poisons forced on us through GMO foods, pharmaceuticals, fluoridated water supply, microwave radiation, and chemtrails.
The ignorant will buy into the whole global warming/population control agenda because they have been force fed this garbage their whole lives and are no longer capable of critical thinking.
For those that think the world is over populated due to food and energy shortages, you need to understand that the multi-national corporations create these shortages by forcing farmers not to grow, limiting development of new technologies etc., all to manipulate prices for their own gain.
God never advocated population control but Satan does.
The U.S Military Will Use Weather as a Weapon on AMERICAN Citizens …

4 thoughts on “This is how they plan to KILL us – Elite Insider George Green.”