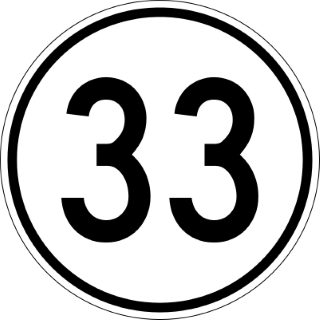 Is September 2015 going to be a month that changes history?  For months, there has been an unprecedented amount of buzz all over the Internet about what is going to happen in September.  And without a doubt, we are going to witness a convergence of events during that month that is quite remarkable.  What I have attempted to do in this article is to put together a list of things that we know will happen next month.  Some of the lists that I have seen contain things that cannot be proven or that are simply inaccurate.  And of course it is very likely that some things will happen in September that we cannot anticipate right now.  I am just providing the information that I have at this time, and it is up to you and your family to prepare for what you believe will happen.  The following is my big list of 33 things that are going to happen in September 2015…

RELATED : How To Prepare Your Family For A Catastrophic Disaster

September 12 – Madonna’s Rebel Heart Tour opens in the United States.  The first stop is in Washington D.C. and according to Holly Deyo the “opening theme is Desecration of The Bride and Arrival of Fallen Angels”

September 12 and September 13 – Rabbi Chaim Kanievsky, a leading authority in Ultra-Orthodox Judaism, has indicated that the Messiah that the Jewish people are expecting could come at this time

September 13 – The last day of the Shemitah year.  During the last two Shemitah cycles, we witnessed record-breaking stock market crashes on the very last day of the Shemitah year (Elul 29 on the Biblical calendar).  For example, if you go back to September 17th, 2001 (which was Elul 29 on the Biblical calendar), we witnessed the greatest one day stock market crash in all of U.S. history up until that time.  The Dow plunged 684 points, and it was a record that held for exactly seven years until the end of the next Shemitah cycle.  On September 29th, 2008 (which was also Elul 29 on the Biblical calendar), the Dow plummeted 777 points, which still today remains the greatest one day stock market crash of all time in the United States.  Now we are in another Shemitah year.  It began in the fall of 2014, and it ends on September 13th, 2015.

September 15 – The 70th session of the UN General Assembly begins on this date.  It has been widely reported that France plans to introduce a resolution which will give formal UN Security Council recognition to a Palestinian stateshortly after the new session begins.  Up until now, the U.S. has always been the one blocking such a resolution, but Barack Obama has already indicated that things may be different this time around.  It would be extremely difficult to overstate the significance of this.

September 15 – The Jade Helm military exercises are scheduled to end

September 17 – If there is going to be a rate hike in September, this isprobably when the Federal Reserve will do it

September 18 – The Days of Awe conference in Sandpoint, Idaho – Christians from all over the nation will be gathering to call out to God in prayer and to repent for the sins of our country

September 22 – In Islam, “the Day of Arafat” falls on this day

September 23 – The last day of the summer

September 23 – The Muslim holiday of Eid al-Adha, also known as “the Feast of the Sacrifice”, begins

September 23 – The 266th Pope will be meeting with the president of the United States on the 266th day of the year.  Some have suggested that “something is being birthed” on that day since 266 days is the average length of the human gestation period.

September 24 – The Pope addresses a joint session of the U.S. Congress

September 25 – On May 14th, 2014 French Foreign Minister Laurent Fabius famously proclaimed that we had only 500 days to avoid “climate chaos”. His time frame of 500 days ends on September 25th.

September 28 – The first day of the Feast of Tabernacles

September 28 – This is the date for the last of the four blood moons that fall on Biblical festival dates during 2014 and 2015.  This blood moon will be a “supermoon” and it will be clearly visible from the city of Jerusalem.

Due to the ending of the Shemitah year and numerous other factors, there is rampant speculation that a stock market crash is going to happen in the United States during the month of September.  Previously, I have expressed my view that a major global financial crisis is imminent, but my warning covers all of the remaining months of 2015.  Since I cannot prove that a stock market crash will happen next month, I have left it off the list.  But without a doubt, we are entering the danger zone.

In addition, I am also aware that there is a tremendous amount of speculation about an asteroid or a meteor that may or may not be heading toward our planet next month.  At this time, I have no way of proving this is true, and I have no way of disproving it is true either.  I have not come across anything that I can independently verify that indicates that this will or will not happen.  In law school I was trained to stick to the facts, and I don’t have any facts.  If you do have some solid and verifiable information, please share it with me.

Finally, I would like to acknowledge that there is plenty of speculation about certain natural disasters that may happen in September.  They may indeed happen, but I cannot prove anything of that nature right now so I have left those natural disasters off the list.

Needless to say, next month promises to be absolutely crazy, and our time for preparing is running out.

Disaster can strike very suddenly, and when it does, average citizens can be caught totally unprepared.  This is a point that Carl Gallups, the author of a new book entitled “Be Thou Prepared: Equipping the Church for Persecution and Times of Trouble“, recently made during an interview with WND…

“You ended up with the worst of both worlds,” Gallups observed. “You had widespread criminality, anarchy and disorder, and somehow, at the same time, you had government officials going around enforcing wildly tyrannical guidelines and even confiscating firearms.”

As a result, Americans may be forced to rely on themselves for protection, meaning Christians have to begin planning now.

Even if it doesn’t happen next month, life in America is about to changedramatically.

The infrastructure and government services that we have all come to take for granted may not be there in the future.

It is imperative that we all start to learn how to become more independent of the system, because the system is going to start failing in thousands of different ways.

Do you believe that something significant is going to happen next month?(source)

RELATED : GET FAR AWAY FROM USA …ITS COLLAPSE WILL BE MESSY

Apocalyptic September? Here Is A List Of 27 Major Disasters That Have Already Happened So Far This Month