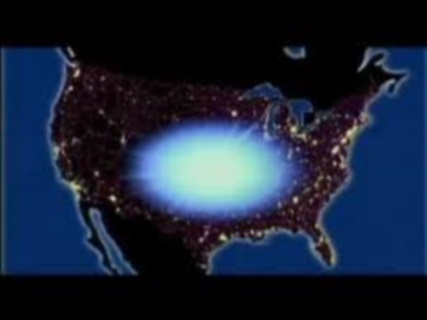 Threats and an attack to our power grid system in the United States– it wasn’t just an isolated, one-off event.

This past Sunday, Israel National News Arutz Sheva reported that for the first time in history, a terrorist attack on the electric power grid has blacked-out an entire nation – in this case Yemen.

Media attention has been so focused on the terror group Islamic State of Iraq and Syria (ISIS) and their brutal conquest of northern Iraq and advance toward Baghdad, that the perhaps even more significant terrorist threat has been ignored.

On June 9, al-Qaida in the Arabian Peninsula (AQAP), used rocket-propelled grenade launchers and mortars to destroy transmission towers, plunging the whole of Yemen into blackout. The AQAP blackout of Yemen’s electric grid has gone largely unreported.

Yemen, a nation of 24 million, is an important U.S. ally in the war on terrorism and has been the scene of some of the most significant episodes of that war. AQAP, based in Yemen, is notorious for its aggressive and ingenious terror operations against the United States. It was in Yemen where a drone strike killed Islamic terrorist Anwar al-Awlaki — good riddance.

Lest we forget, on October 12, AQAP used plastic explosives to convert a motorized dinghy into a torpedo that blasted the USS Cole, killing and injuring 56 sailors, and nearly sinking the sophisticated guided missile destroyer, worth almost one billion dollars.

So why should we be concerned about this event in Yemen?

For starters, North Korea has provided Yemen with at least 15 Scud-B mobile missiles, capable of delivering nuclear, chemical, biological or high-explosive warheads weighing one ton to a range of 300 kilometers. Iran has demonstrated that Scud missiles can be ship-launched from a freighter. As a member of the House Armed Services Subcommittee on Emerging Threats and Capabilities, one of our concerns was an Electromagnetic Pulse (EMP) attack. What this entails is firing a nuclear device high into the altitude for detonation.

A study by the U.S. Federal Energy Regulatory Commission found that attacks on just nine key transformer substations could blackout the entire nation for weeks or months. The Congressional Electromagnetic Pulse (EMP) Commission warned that a nuclear Scud missile launched from a freighter could blackout the U.S. for a year or more, killing up to 9 of 10 Americans by starvation and societal collapse. This is not some Flash Gordon comic book scenario, this is for real — this is not “whack-a-mole.”

Killing bin Laden meant nothing. That was not a strategic success — just as when our U.S. forces shot down Japanese Admiral Yamamoto, the Japanese did not surrender or quit fighting.

Last year a terrorist teleconference was attended by more than 20 leaders of al-Qaida and affiliates participating from the Middle East and North Africa.

Al-Qaida members in the conference included Nigeria’s Boko Haram, Pakistani Taliban, al-Qaida in Iraq, al-Qaida in Islamic Maghreb, al-Qaida in Uzbekistan and others. One U.S. intelligence officer reportedly described the gathering as “a legion of doom.”

Could it be the big terror offensive now rolling across the Middle East is the unfolding of the plot planned last year? Media reporting acts as if the ISIS conquest of northern Iraq, Taliban attacks on nuclear-armed Pakistan, and the terror blackout in Yemen are unrelated. But all of these actors were plotting something together last year.

A leader with strategic vision looks for indicators and warnings and recognizes the enemy — this is so obviously lacking in the Obama administration. Let us never forget 9-11 didn’t just come together during the first year of the Bush administration. It was being built and planned during the Clinton administration — is history repeating itself? And this next one will not be just about flying airplanes into buildings.

RELATED : EMP Blackout Could Be Closer than You Think

We can’t sit back and whine that “America is war weary” – because the Islamists sure ain’t! Remember, Hitler took the Rhineland without firing a shot — of course the lack of history taught in our schools means many have no freakin’ clue as to what I said, or its significance.

I gotta tell ya, I feel like I’m reading and watching all this unfold just as Churchill did. I don’t want to see my homeland bombed as Churchill did, but I will fight with his same dogged determination. We had best awaken or prepare to pay a heavy cost.(source)

What they don’t say is you don’t need a missile, a nuclear bomb or a coordinated attack on 9 power substations to take out our entire power grid. Building a single EMP bomb is easy and cheap and will have the same devastating to our power grid.

RELATED : Free Energy & Development Plans Electricity Power Generator
Electricity is like the heart of the human body… when it STOPS pumping everything SHUTS DOWN.

RELATED : Prepare For a Grid Down Event. How Vulnerable is the US Power Grid?

SCARY Report On How Vulnerable Our Power Grid Is

The Wall Street Journal’s energy reporter Rebecca Smith wrote an article highlighting the risk to the U.S. power grid if only nine of the country’s 55,000 electric substations were to be knocked out by terrorists during a hot summer. Smith noted that, “The study by the Federal Energy Regulatory Commission concluded that coordinated attacks in each of the nation’s three separate electric systems could cause the entire power network to collapse, people familiar with the research said.””

RELATED : Government Agency Warns If 9 Substations Are Destroyed, The Power Grid Could Be Down For 18 Months