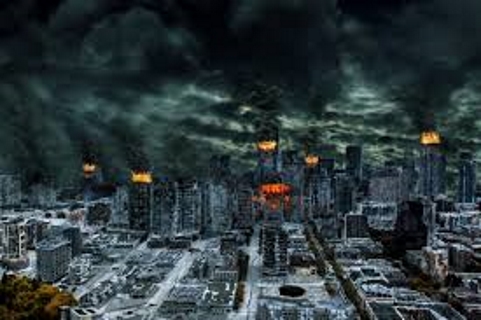 Humans have long feared the total destruction of life as we know it, be it due to natural disasters, manmade devices, or alien forces. Here are 10 of the doomsday preparations we’ve made.

10. Storing DNA information in space. The project is called the Immortality Drive and it involves gathering the genetic codes of some of the world’s most influential people and storing them at the International Space Station. Among the famous participants are Stephen Hawking and Stephen Colbert.

9. Svalbard Global Seed Vault. As money isn’t a guaranteed means of surviving a doomsday situation, a stash of something far more practical is being kept. Over three quarters of a million types seeds gathered from all over the world are stored off the coast of Norway in an effort to make the world’s food supply less vulnerable.

8. Granite Records Mountain Vault. Built into Utah’s Wasatch Range by The Church of Jesus Christ of Latter-day Saints, the space houses billions of genealogical photos. Though records are often available to the public, access to the inside of the structure is not.

7. Raven’s Ridge, Kansas. Who says post-apocalyptic times require roughing it? Not the buyers of the multi-million dollar condos at Raven’s Ridge. The complex was built inside of a decommissioned missile silo. In addition to being nuclear bomb proof, the property boasts a swimming pool and a rock-climbing wall.

6. Cheyenne Mountain. The US military has become quite reliant on its current communications abilities, and Pentagon intends to keep the systems up and running no matter what. They’ve been moving equipment deep inside the Colorado mountain to keep it safe in the event of an electromagnetic pulse event.

5. The doomsday planes. Though they’re rarely discussed, the US government is said to have 4 of them. The crafts are sort of like Air Force One as far as office space and computer equipment goes, only they’re also impervious to nuclear bomb attacks and asteroid collisions.

4. Site R. It’s full name is the Raven Rock Mountain Complex and it was built in Pennsylvania as a government refuge during the 1950s. It can accommodate up to 3 thousand people and when fully stocked can keep them alive and well for up to a month. It’s rumored that there’s even a Starbucks inside.

3. Doomsday Clock. It won’t be of much help once the world is destroyed, but it can tell you how close we are to that happening. Factors that influence such predictions include nuclear arsenal building and climate change. The hands are currently set at 3 minutes to the end.

2. Villa Vals. As far as bunkers go, it’s a pretty stylish one. Located literally in the Swiss mountains, the shelter runs on power produced by a nearby waterway. If one tires of watching television or stretching out on one of the king-size beds, they can always gaze out the wall of windows at the world, even though there may not be much of it left.

RELATED : Must Have Supplies to Prepare for the End of the World

1. CNN’s final broadcast. When Ted Turner launched the 24-hour news channel he vowed it would stay on the air nonstop until the world ended. He wasn’t exaggerating. In fact, he actually made a video featuring the song ‘Nearer God To Thee’ that’s to be played when the planet goes up in smoke.(youtube.com)

Which preparation for doomsday do you think is best?

How do you prepare?

Scientists have always been making predicitions of when a catastrophic disaster will happen. However, within the 21st century, many have made predictions of major natural disasters occurring in the near future.Here are 10 catastrophic natural disasters that, according to scientific evidence, may occur at any minute. The entries are listed from least to most devastating.

These are five predicted natural disasters that could change the world!

“The Big One”
The US Geological Survey believes there is a 7% likelihood that an earthquake of a magnitude 8.0 or larger hitting along California’s San Andreas Fault within the next few decades.
It predicts the earthquake will produce shock waves that travel 11,600 kilometers per hour causing severe damage to major freeways and buildings.The White House granted $5 million to a team from Caltech, UC Berkeley, and the University of Washington, that is developing the Earthquake Early Warning system to alert people in advance of an earthquake hitting.

RELATED : Survival Preps For Just $5 A Week – Anyone Can Afford To Prepare