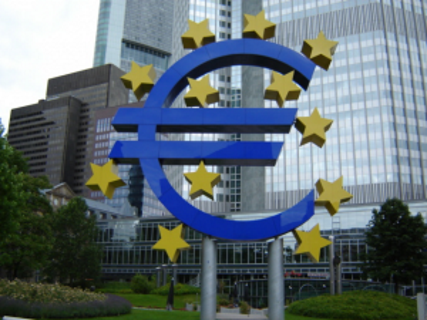 The next Great Depression is already happening – it just hasn’t reached the United States yet.  Things in Europe just continue to get worse and worse, and yet most people in the United States still don’t get it.  All the time I have people ask me when the “economic collapse” is going to happen.  Well, for ages I have been warning that the next major wave of the ongoing economic collapse would begin in Europe, and that is exactly what is happening.  In fact, both Greece and Spain already have levels of unemployment that are greater than anything the U.S. experienced during the Great Depression of the 1930s.  Pay close attention to what is happening over there, because it is coming here too.  You see, the truth is that Europe is a lot like the United States.  We are both drowning in unprecedented levels of debt, and we both have overleveraged banking systems that resemble a house of cards.  The reason why the U.S. does not look like Europe yet is because we have thrown all caution to the wind.  The Federal Reserve is printing money as if there is no tomorrow and the U.S. government is savagely destroying the future that our children and our grandchildren were supposed to have by stealing more than 100 million dollars from them every single hour of every single day.  We have gone “all in” on kicking the can down the road even though it means destroying the future of America.  But the alternative scares the living daylights out of our politicians.  When nations such as Greece, Spain, Portugal and Italy tried to slow down the rate at which their debts were rising, the results were absolutely devastating.  A full-blown economic depression is raging across southern Europe and it is rapidly spreading into northern Europe.  Eventually it will spread to the rest of the globe as well.

#1 The unemployment rate in France has surged to 10.6 percent, and the number of jobless claims in that country recently set a new all-time record.

#2 Unemployment in the eurozone as a whole is sitting at an all-time record of 12 percent.

#3 Two years ago, Portugal’s unemployment rate was about 12 percent.  Today, it is about 17 percent.

#4 The unemployment rate in Spain has set a new all-time record of 27 percent.  Even during the Great Depression of the 1930s the United States never had unemployment that high.

#5 The unemployment rate among those under the age of 25 in Spain is an astounding57.2 percent.

#6 The unemployment rate in Greece has set a new all-time record of 27.2 percent.  Even during the Great Depression of the 1930s the United States never had unemployment that high.

#7 The unemployment rate among those under the age of 25 in Greece is a whopping59.3 percent.

#8 French car sales in March were 16 percent lower than they were one year earlier.

#9 German car sales in March were 17 percent lower than they were one year earlier.

#10 In the Netherlands, consumer debt is now up to about 250 percent of available income.

#11 Industrial production in Italy has fallen by an astounding 25 percent over the past five years.

#12 The number of Spanish firms filing for bankruptcy is 45 percent higher than it was a year ago.

#14 Bank withdrawals in Cyprus during the month of March were double what they were in February even though the banks were closed for half the month.

#15 Due to an absolutely crippling housing crash, there are approximately 3 million vacant homes in Spain today.

A 285-unit apartment complex in Parla, less than half an hour’s drive from Madrid, should be an ideal target for investors seeking cheap property in Spain. Unfortunately, two thirds of the building generates zero revenue because it’s overrun by squatters.

“This is happening all over the country,” said Jose Maria Fraile, the town’s mayor, who estimates only 100 apartments in the block built for the council have rental contracts, and not all of those tenants are paying either. “People lost their jobs, they can’t pay mortgages or rent so they lost their homes and this has produced a tide of squatters.”

#17 As I wrote about the other day, child hunger has become so rampant in Greece that teachers are reporting that hungry children are begging their classmates for food.

#20 German banking giant Deutsche Bank has more than 55 trillion euros (which is more than 72 trillion dollars) of exposure to derivatives.  But the GDP of Germany for an entire year is only about 2.7 trillion euros.

Yes, U.S. stocks have been doing great so far this year, but the truth is that the stock market has become completely and totally divorced from economic reality.  When it does catch up with the economic fundamentals, it will probably happen very rapidly like we saw back in 2008.

Our politicians can try to kick the can down the road for as long as they can, but at some point the consequences of our foolish decisions will hunt us down and overtake us.  The following is what Peter Schiff had to say about this coming crisis the other day…

“The crisis is imminent,” Schiff said.  “I don’t think Obama is going to finish his second term without the bottom dropping out. And stock market investors are oblivious to the problems.”

“We’re broke, Schiff added.  “We owe trillions. Look at our budget deficit; look at the debt to GDP ratio, the unfunded liabilities. If we were in the Eurozone, they would kick us out.”

Schiff points out that the market gains experienced recently, with the Dow first topping 14,000 on its way to setting record highs, are giving investors a false sense of security.

“It’s not that the stock market is gaining value… it’s that our money is losing value. And so if you have a debased currency… a devalued currency, the price of everything goes up. Stocks are no exception,” he said.

“The Fed knows that the U.S. economy is not recovering,” he noted. “It simply is being kept from collapse by artificially low interest rates and quantitative easing. As that support goes, the economy will implode.”

So please don’t think that we are any different from Europe.

If the United States government started only spending the money that it brings in, we would descend into an economic depression tomorrow.

The only way that we can continue to live out the economic fantasy that we see all around us is by financially abusing our children and our grandchildren.

The U.S. economy has become a miserable junkie that is completely and totally addicted to reckless money printing and gigantic mountains of debt.

If we stop printing money and going into unprecedented amounts of debt we are finished.

If we continue printing money and going into unprecedented amounts of debt we are finished.

Either way, this is all going to end very, very badly.