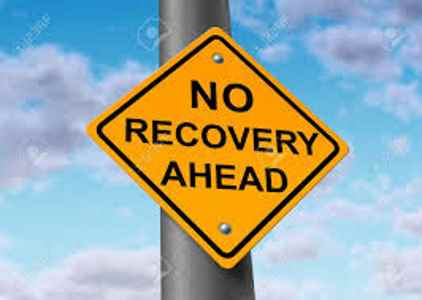 80% of Americans Will Face No Jobs, Poverty And No Economic Recovery

From Wall Street, gold price and US finance to conspiracies, latest global news, Alex Jones, Gerald Celente, David Icke Illuminati, a potential World War 3, Elite government cover – ups and much more, Bigeyenews is the place to be.
Four out of five US adults come to grips with joblessness, near-poverty or reliance on welfare for at least some parts of their lives. Over 41 percent of the nation’s poor are whites, according to a new report.
In 2011, 46.2 million people in the US were living in poverty and the nation’s official poverty rate was 15 percent, up from 14.3 percent in 2009, according to the US Census Bureau. That figure appears to be the highest number seen in the 52 years for which poverty estimates have been recorded.

RELATED : Stock Market Crash in October 2015 – The Scene is Set for Panic

Although poverty rates for blacks and Hispanics are proportionately nearly three times higher, by absolute numbers the predominant face of the poor is white, the latest report shows. Economic insecurity among whites is said to be more common than is shown in the government’s poverty data, engulfing over 76 percent of white adults by the time they turn 60, according to a new economic gauge being published next year by Oxford University Press.
Pessimism has been steadily growing across the country, with 63 percent of whites describing the US economy as ‘poor’ in the most recent AP-GfK poll. It’s believed that he growing gap between rich and poor and the loss of good-paying manufacturing jobs are to blame.
“If you do try to go apply for a job, they’re not hiring people, and they’re not paying that much to even go to work,” a Buchanan County resident, 52-year-old Irene Salyers said, adding that where she lives children have “nothing better to do than to get on drugs.”
Almost one out of sixteen people in the USA are living in deep poverty. The risks of poverty have been growing in recent decades, especially among people aged 35-55. For instance, people aged 35-45 had a 17 percent risk of encountering poverty during 1969-1989; the risk increased to 23 percent during the period 1989-2009.

RELATED : After The Collapse Six Likely Events That Will Follow An Economic Crash
Over 19 million whites fall below the poverty line of $23,021 for a family of four, accounting for over 41 percent of the US destitute, nearly double the number of poor blacks, according to the survey data revealed by AP. By 2030 up to 85 percent of all working-age adults in the US will experience economic insecurity.
Although by race, non-whites still have a higher risk of being economically insecure, compared with the official poverty rate, some of the biggest increases under the newer measure are among whites, with over 76 percent experiencing bouts of joblessness, life on welfare or near-poverty.
The share of children living in high-poverty neighborhoods — those with poverty rates of 30 percent or more — has increased to one in 10, putting them at higher risk of teenage pregnancy or dropping out of school. Non-Hispanic whites accounted for 17 percent of the child population in such neighborhoods, compared with 13 percent in 2000, even though the overall proportion of white children in the US has been declining.

RELATED : Economic Collapse 2015: Things To Be Taken Care Of To Avoid ‘Financial Ruin’
The share of black children in high-poverty neighborhoods dropped from 43 percent to 37 percent, while the share of Latino children went from 38 percent to 39 percent.
According to the nation’s leading domestic hunger-relief charity Feeding America, over 16 million children under the age of 18 (21 percent) were in poverty in 2011.
“It’s time that America comes to understand that many of the nation’s biggest disparities, from education and life expectancy to poverty, are increasingly due to economic class position,” a Harvard professor who specializes in race and poverty William Julius Wilson told AP.
“There is the real possibility that white alienation will increase if steps are not taken to highlight and address inequality on a broad front,” he warned.

When the Dollar Collapses, This is What WILL Happen in the United States!

WHAT WILL HAPPEN IF THE US$ COLLAPSE?

Martial Law and the Economy: Is Homeland Security Preparing for the Next Wall Street Collapse?