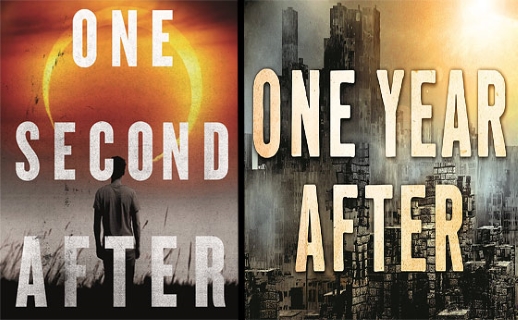 How To Effectively Prepare Your Family For Power Grid Failure

Imagine yourself and your family, forced from your home in the dead of winter, with nothing more than the few supplies you were able to carry amongst yourselves. Then imagine being shuttered into a community center with thousands of other families, displaced from their homes as well, relying on what few supplies the government could provide.

RELATED : We Asked a Military Expert How Scared We Should Be of an EMP Attack

If you live a comfortable middle-class lifestyle in a first world country, this situation sounds preposterous, doesn’t it? It is not. Families, just like yours, faced this exact plight on December 20, 2013, when a massive ice storm hit parts of central Canada and the U.S., crippling many cities and leaving tens of thousands without power for days, sometimes weeks. Those who were prepared for such an event, having items such as blankets and medications to bring with them, fared much better than their ill-prepared counterparts.

In today’s modern society, we’ve come to rely almost implicitly on having a dependable source of power. When power fails, it causes utter and complete chaos for those not fortunate enough to have had the foresight to prepare.

What Can I Expect During a Power Grid Failure?

The immediate aftermath of a power grid failure is the loss of power, which means modern day methods of communications, sanitation, lighting, cooking, refrigeration / preparation, and transportation will all be unavailable.

Within the first few days of a power outage, the disruption in supply of fuel for transportation will lead to shortages in other supplies such as food and medication. Many who wait several days before stockpiling will be greeted with empty and pillaged Supermarket shelves. Don’t rely on any emergency services – medical facilities, emergency responders, and public officials will more than likely be overwhelmed and unavailable.

If the outage continues for a week or more, civil unrest will begin to grow as food and other resources become scarce. People will no longer be able to run generators or vehicles as fuel supplies run out, and many will experience a disruption in their finances or incomes.

In the event a power outage stretches out into the long-term, such as several weeks or perhaps indefinitely, alternate means of power will need to be found along with long-term solutions to meet everyday needs.

You can CLICK HERE to check out a video about what you can expect from a power grid failure.
What Will I Need to Prepare My Family?

The best thing you can have during a power grid failure is a positive attitude. Make sure to do whatever you can to encourage hopefulness and keep spirits high.

In addition to the right attitude, I recommend doing the following to properly prepare yourself and your family:

Create a storage space that can be easily accessed in the dark
Stockpile at least two-weeks worth of supplies.
Design a plan for preparing food, sanitation, living / sleeping quarters, entertainment (especially for children), and rationing for fuel and power sources.

Store jugs of water in the fridge now to be used during an outage to keep food from spoiling; however, once the water melts, it should be used for cleaning or flushing, not drinking
Specific Knowledge and Items to Have on Hand

There are ten integral categories that should be part of every well thought out power grid failure disaster plan:

Drinking Water
Food
Lighting
Heating
Communication
Sanitation
First Aid
Protection
Additional Items
Backup Power Systems
The following is a detailed discussion of the key knowledge and items to have as part of your disaster plan to ensure all the above categories are accounted for.

For drinking water, the general rule is that you should have 1-2 gallons per day available for each member of your household. A two-week supply of water for a family of four would mean having 56-112 gallons on hand. If you have pets, consider their needs as well; a rule of thumb is 1 ounce of water per pound of pet per day, so a 20 lbs dog would need 20 ounces a day.

You can further ensure access to clean drinking water by storing a water filtration system or purification tablets. This will allow you to draw on water from unsafe sources such as streams or collected rainwater.

When stockpiling food for your family, you’ll want to plan for three meals per day, plus some snack foods for each member of your household. Don’t forget pets – include a two-week supply of food for them as well.

Choose food items that require little to no heating and that your family is familiar with. Consider that cooking requires substantially more fuel than heating; therefore, canned foods that need only be heated are favorable to dried foods that will require boiling. Oversize cans are great if you feel your family can consume all the contents in one sitting, otherwise the leftovers will spoil in the absence of refrigeration.

You can check out our Food Storage Guide here to help you decide what the best way is for YOUR family to keep your food supply.

Other key considerations when planning your food stockpile are as follows:

Gas supply lines may also be affected by an outage so ensure you have an alternative means for cooking and boiling water, e.g. a camp stove, fire pit, or gas or charcoal grill
For any of the above, be sure to have a two-week supply of fuel on hand such as firewood, propane, or charcoal
Be sure to store at least two manual can openers with your food supply. (source)

RELATED : US officials have evidence that ISIS has used chemical weapons : Weapon That Can Instantly End Modern Life in America

Whether we talk about a terrorist event or a solar storm experts agree that an EMP event is not a matter of if but when. Considering that the power grid across the United States is unprotected — an emp event will knock out our power for an unforeseeable future; immediately sending American life back to the dark ages. We invited experts James Wesley Rawles, Joel Skousen and Matt Stein to explain the most important actions one has to take in order to prepare for such catastrophic times.

Something else important to note about this scheduled drill is the fact that the government is clearly illustrating to us that they have the capability to ‘flip a switch’ and shut down the grid. That fact is not a secret. This is important to remember because this goes to the ‘..true nature of the cause..’ that I alluded to above.

I believe the HAARP Facility in Alaska has the capability of emitting frequencies that could disrupt or destroy the grid. How would we know the difference? We wouldn’t, dark is dark. Once we lose everything, we will never know why or how we lost everything. And, we will have no way to find out.

Why would the government intentionally knock out the grid? It would certainly assist them greatly in achieving many of their desired goals. One being, reducing the population of the United States. This has been an objective of the United Nations for many years. There have also been many reports put out stating that a prolonged grid outage could result in as many as 150 Million – 250 Million deaths in the U.S. alone.

This would allow the government to lay claim to a lot of uninhabited assets for free. Those residing in their underground cities and bunkers could ride out the storm in their quaintly equipped residential quarters. They all have well insulated energy sources independent of the above ground grid, even if it truly was a real solar flare EMP. Also. this administration could finally get to declare the martial law that they have desired for so long.

RELATED : Doomsday Lairs! Elite Bug-Out Underground Bunkers And Cities Prepared For Major Catastrophe – The Elite Will Survive, Will We?

Due to the fact that the risk of crime escalating would be increased, a door to door weapons confiscation program would be first on the list. Just as they did in New Orleans, LA. during Hurricane Katrina, but on a massive scale. Furthermore, so long as the nation would be under martial law, the President that is in power at the declaration would be the President that remained in power until it was lifted.

So, what would the world look like after the grid went down? Regardless of the initiating cause of a grid outage or EMP, anything that contains electronic circuitry, circuit boards, computer chips, etc. will essentially be fried. This includes modern radios, televisions, computers, phones, automobiles, power equipment, etc. The only generators that will be operable are those that are specifically designed and insulated against an EMP. Remember, power generators have electrical/electronic circuitry to. Here are some helpful tips to assist you in preparing.

It should also be noted that all military vehicles, equipment, weapons and communication systems are EMP protected. Our government could very easily and very cheaply insulate the civilian grid, but they refuse to do so. Why do you suppose that might be? Imagine a nation where we are all thrusted backwards into the stone-age, under martial law and only the military possesses the ability to survive.
video