With tensions among the world’s super powers mounting in places like Ukraine, Syria, North Korea and  most recently Qatar and Iran, it may only be a matter of time before… Read more » 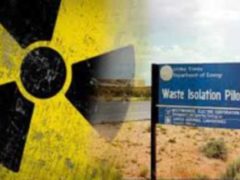