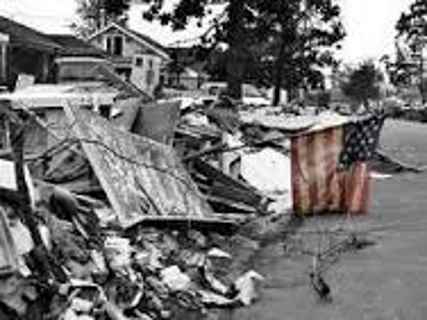 Survival Guide for The Last Days, End of the World, and Biblical Armageddon.

Is the world approaching a serious of disasters that will bring in Armageddon? Are we living in the last days of earth and end times of civilization?

With Severe Storms, Tornadoes, Earthquakes and Wildfires Erupting Across the Earth Today, Are You Prepared to Survive Tomorrow?

Clearly the world is changing, and we know for a fact that the polar ice caps are melting.

According to scientists, they’re melting at an alarming pace. 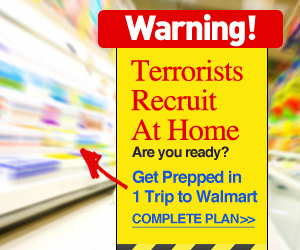 Something else is going on, they say. Exactly what is going on, these scientists aren’t sure. Some want to point to climate change, and try to pin blame on a number of factors related to the growth of the civilized world.

RELATED : Disasters Most Governments Are Not Prepared For

Here’s something that many scientists don’t seem willing to consider — what’s going on with Planet Earth is coming from the direct hand of God.

The End of Days Are Prophecied in the Bible

In the ‘last days’ the Bible reads, when the world is at the height of wickedness and much of the world has turned it’s back on God and the Savior that was sent to all people, Jesus Christ — God is going to bring a number of devastating “judgments” on the world, in a period appearing to last approximately 7 years.

Many Christians refer to this time period as the “Tribulation”.

In the Book of Daniel, God calls it the “Time of Wrath”.

The Time of Wrath … Has it Started?

In the Book of Revelation, it is referred to as the “Hour of Judgment” (Revelation 14:6-8) and includes the coming “man of lawlessness” (which many refer to as the “Anti-Christ”) and his infamous “mark of the beast” or (6-6-6).

RELATED : 12 Disasters That Could Bring About The End Of The World As We Know It

In the last two decades, that is clearly happening with the number of natural disasters that have occurred.

And in the eyes of God, as revealed to us in the Holy Bible, the world we live in today has more evil people doing more evil things than any other time in history.

Whether you believe in the Bible or not, we are living on a Biblical time bomb. If Christians are right, this bomb is about to blow.

What you have on hand for ’emergency supplies’ can and will most likely save your life when a major disaster hits.

As you go through each day knowing that something terrible could happen — and that the Time of Wrath as foretold in the Bible may truly be at hand — why not have a few essential supplies on hand?

Nowadays, the chance of an emergency coming your way is unfortunately pretty good.

Even if you do decide to believe in the Bible, the Bible reports that most people fail to come to true faith and are destined for the Time of Wrath. Of course, this may include you, if you’re half-hearted or lukewarm in your relationship with Jesus Christ.

With God, the warnings from the Bible are clear… we have to be sincere about our faith in Jesus Christ. We have to live lives fully committed to living by God’s Word and living out the teachings of Jesus.

If you don’t live by the Bible — and follow God’s commands and the teachings of Christ, as lead by the Holy Spirit given to those who truly believe — you are destined for the Time of Wrath. You can read this yourself in Chapters 2 and 3 of Revelation (the last book in the Bible).

Why Are Christians Not Taking the Book of Revelation Seriously?

A lot Christians in modern day America take a few vague passages said by the Apostle Paul in early books of the New Testament to justify lukewarm faith or backslidden living. At the same time, they skip the Book of Revelation — the last book of the Bible — entirely, which lays out very clearly in Chapters 2 and 3 that God has called all believers to true and sincere faith — and he promises to spit believers with lukewarm faith from his mouth — if these believers don’t repent.

You can read that yourself in Revelation 3:15-16. So why are so many Christians skipping the Book of Revelation?…

With these things in mind, it might be smart for you to prepare for the possibility of disaster coming over the earth in the near future, as the beginning of God’s end times judgments. I say this because the Time of Wrath appears to be close at hand. Could it be twenty years away? Could it be five years away?

Or could it only be a few months from now? Christ tells us that he is coming like a thief in the night (Matthew 24:36-42) and this is likely the same time that God’s judgments will begin on the nations, and the world will enter the Time of Wrath.

If the end is going to come as a suprise to much of the world, it might be smart to be prepared — perhaps your preperation will help loved ones and neighbors better cope in the initial days of a disaster.(source)

Russia Preparing To Destroy Large Asteroid Before Impact Event – Scientists Have Calculated That The Energy Released Would Equate To The Destructive Power of a Thermo-Nuclear Bomb.