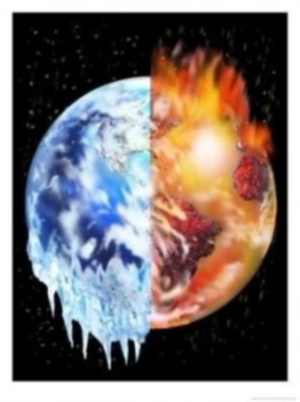 The science fiction writer Arthur C. Clarke once said:
Any sufficiently advanced technology is indistinguishable from magic.
This statement is commonly known as Clarke’s Third Law.

Many people have heard this quotation, but few people really think about its implications.

We now live in a world that is so completely immersed in advanced technology that we depend upon it for our very survival. Most of the actions that we depend upon for our everyday activities – from flipping a switch to make the lights come on to obtaining all of our food supplies at a nearby supermarket – are things that any individual from a century ago would consider magic.

Very few people in industrialized countries do work that is not directly assisted by electronic computers, although that computerized assistance is often quite invisible to the average person.

Few people think about things such as the fact that whenever we buy some food item at a supermarket (and many others are buying the same item), the next time we go to that same supermarket, they still have about the same supplies that they had before. There are invisible infrastructures all around us that are made up of advanced technology. Most of us just take the magic for granted.

Few people stop to consider what would happen if, in an instant, the magic went away. If our advanced technology were suddenly and completely destroyed, how would we manage to survive?

A nuclear EMP could make the magic go away. I hope it never happens, and I don’t think that it is at all inevitable.

It makes no sense, however, to be blind to the danger. It is both much less likely to happen – and also less likely to have a catastrophic impact – if, both as a civilization and as individuals, we are prepared for an attack on our advanced technology. A nuclear EMP would be a seemingly magical attack upon our advanced technology, the technological infrastructure upon which our lives depend.

Among all of the kinds of electromagnetic disturbances that can occur, though, it is important to keep things in perspective. It is possible that a nuclear EMP may never happen where you live. On the other hand, a severe solar storm that will destroy most of the world’s power grids appears nearly inevitable at this point.

Protection against the damage of a severe solar storm could be done easily and rather inexpensively by the electrical utilities; however it is not being done, and there is no sign that it will be done. A severe solar storm poses little threat to electronics, but would take down the most important power grids in the world for a period of years. This is a special problem in the United States, and is a severe threat in the eastern United States.

So, more important than preparing for a nuclear EMP attack is preparing for all of the ramifications of a severe solar storm which would cause an electrical power outage that would, in most areas, last for a period of years. Most standby power systems would continue to function after a severe solar storm, but supplying the standby power systems with adequate fuel, when the main power grids are offline for years, could become a very critical problem.

This is a page about some of the things that individuals can do to prepare for an electromagnetic pulse attack. I’m an electronics engineer who has been thinking about the EMP problem for more than 3 decades. I even have an ancient Radio Shack TRS-80 Model 4P that has been retrofitted with a complete electromagnetic shield. It’s just a personal antique, useless for anything but a personal reminder of how long I’ve been thinking about this problem.

That early-model personal computer didn’t even have a hard drive.

I’ve spent much of my career working with radio and television transmitters on high mountaintops where there is a lot of lightning and other kinds of severe electromagnetic transients. Many engineers who spend their careers working in fairly benign electromagnetic environments don’t realize the fragility of our technological infrastructure.

On this page, I’m going to concentrate on a nuclear EMP attack, but much of this also applies to natural events such as unusual geomagnetic storms due to extremely large solar storms.

The threat of a sudden EMP attack that causes a widespread catastrophe is certainly nothing new.

Consider this Cold War era quotation from a widely-read and highly-respected publication 30 years ago:
“The United States is frequently crossed by picture-taking Cosmos series satellites that orbit at a height of 200 to 450 kilometers above the earth. Just one of these satellites, carrying a few pounds of enriched plutonium instead of a camera, might touch off instant coast-to-coast pandemonium: the U.S. power grid going out, all electrical appliances without a separate power supply (televisions, radios, computers, traffic lights) shutting down, commercial telephone lines going dead, special military channels barely working or quickly going silent.”
– from “Nuclear Pulse (III): Playing a Wild Card” by William J. Broad in Science magazine, pages 1248-1251, June 12, 1981.
First: Another brief note about severe solar storms (and similar natural events), and then I’ll get back to nuclear EMP.

An extremely large solar storm, though, would induce geomagnetic currents that could destroy a substantial fraction of the very largest transformers on the power grid (possibly over much of the world). If this happened, electric power loss due to a large solar storm would be out for a period of years and possibly decades. Unlike nuclear EMP, such a solar storm is an eventual inevitability.

The last solar storm that could have caused this level of damage happened in 1859, before the power grid was in place (although in 1921 a large solar storm, of briefer duration than the 1859 event, occurred which affected only a small area of the planet).

The power grid has only been in place for a tiny fraction of one percent of human history, and a really large solar storm (of the size and duration of the 1859 event) has not happened in that time. There is a general assumption that any solar event that is similar to, or larger than, the 1859 solar superstorm will simply never happen again, although there is no justification for such an assumption – in fact, we know that this assumption is false.

There is a good possibility that such a solar storm will happen in this century.

If it happens in the current situation without spares for our largest transformers, a large part of the worldwide power grid (including 70 to 100 percent of the United States power grid) will be down for years.

A 2008 study by Metatech found that the time required to obtain a replacement for any one of the 370 or so largest transformers in the United States was 3 years. In a solar superstorm that affects vulnerable areas of the entire world, delivery times could easily be much longer. The United States, which currently has no capability to manufacture those transformers, will be at the end of a very long waiting line.

So far, that capability has not been developed. Since such a expansion of manufacturing capability requires a lot of electrical power, the capability cannot be developed after an electromagnetic catastrophe. The capability has to be developed before there is an actual critical need. In the past year, at least two companies have expressed the intention of getting back into the large transformer business, but it will take a considerable length of time to develop this capability fully.

Because of the inevitability of a large solar superstorm, we have to accept the fact that the current electric power grid upon which our lives depend is only a temporary infrastructure.

This temporary infrastructure has served us very well, and we now have entrusted our very lives to it. The electric power grid began as a convenience, but has become a necessity for sustaining life through a process that has happened so slowly that most of us have not noticed this transformation.

We do not know how long the current power grid will last; but if it not replaced by a robust permanent infrastructure in time, hundreds of millions of people will die when the electric power grid collapses simultaneously in many countries.

How such a collapse occurs is well known, and the methods to either prevent it, or to have spare transformers in place to fairly quickly repair it, are also well known. Although these preventive measures would not be terribly expensive, they would take some time to put into place, and those things have never been done.

Provisions for insuring islands of power production within the country that would prevent millions of deaths could be put in place fairly quickly, and much less expensively, but this also has never been done – or, until recently, even been seriously considered, except by the few scientists and engineers who have seriously studied the fragility of the electric power grid. There are finally signs, in 2011, that this situation is beginning to change.

Although solar storms primarily affect the power grid, customers can communicate the importance of EMP and solar storm protection to their local electric utilities.

A mid-level flare, an M6.5, erupted from the sun on April 2, 2014, peaking at 10:05 a.m. EDT. This image from NASA’s Solar Dynamics Observatory shows the flare in a blend of two wavelengths of extreme ultraviolet light:
131 Angstroms and 171 Angstroms, colorized in yellow and red, respectively.
On April 2, 2014, the sun emitted a mid-level solar flare, peaking at 10:05 a.m. EDT, and NASA’s Solar Dynamics Observatory captured imagery of the event.

Solar flares are powerful bursts of radiation. Harmful radiation from a flare cannot pass through Earth’s atmosphere to physically affect humans on the ground, however – when intense enough – they can disturb the atmosphere in the layer where GPS and communications signals travel.

This flare is classified as an M6.5 flare.

M-class flares are ten times less powerful than the most intense flares, which are labeled X-class. The number after the M provides more information about its strength. An M2 is twice as intense as an M1, an M3 is three times as intense, etc.

Updates will be provided as needed.

What Are You Going To Do When A Massive EMP Blast Fries The U.S. Electrical Grid?

Was an EMP Attack Just Tested on the United States?