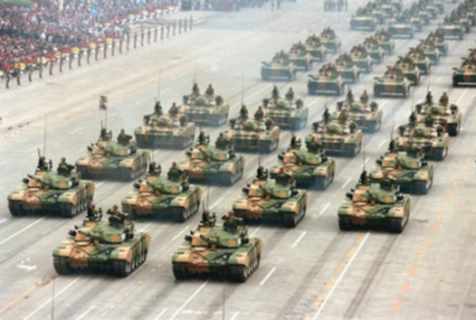 The government has a way of blinding us and dividing us without us even noticing. America seems like its weakening but is it really? We know the United States reach extends around the world.

The NSA knows exactly what everybody is doing. Is a country that is able to do that unnoticed for so many years really that weak or is it just what they want to portray, luring their enemies in, making them threaten the US until the US has a reason to go to war?

RELATED : After The Collapse Six Likely Events That Will Follow An Economic Crash

Are we all blindly being led into World War 3? You decide.

There are multiple confirmation regarding nuclear war coming to Iran and Israel as UN security council and Obama administration approved the nuclear deal with Iran.

Obama is pushing for the United States and Israel into World War 3 and the Israel have no choice but to defend themselves to prevent the nuclear war.

We’re truly living in end times, please get your house in order and seek Jesus and repent of your sins. The rapture is imminent, ask the Lord to help you counted worthy to escape the wrath of God before it’ too late.

“The major point I want you to understand here is this. Russia is fed up with the US due to NATO’s expansion right up to its borders. Plus, the US keeps lecturing Russia on what to do and how to do it. Since no one likes being lectured, Putin is not only fed up with the US foreign policy, he is furious with it. His speech on March 18th, 2014 proves that without a shadow of a doubt.
With that said, we can anticipate Putin to be in power in Russia for as long as he wants. For as long as the US continues with it’s policy against Russia (and I don’t see it changing anytime soon) our relationship with Russia will continue to deteriorate.

China finds itself in a very similar situation. If you have ever been to China, you very well know that Chinese are very proud people. Just as Americans are. Yet, America cannot help itself but to shove it’s god given “Righteousness”, democracy and politics down Chinese throats. I can tell you this. This infuriates the Chinese to no end. Plus, China is trying to build a military superpower in the region only to be constantly undermined by the US with the help of Japan, Taiwan and the Philippines. Again, who is right or wrong here is outside the scope of this discussion.

The bottom line is this, both Russia and China are fed up with the US at this point in time. Further, given today’s geopolitical and macroeconomic situation I see no reason for the situation to improve. Quite the opposite. I see the US relationship with both countries deteriorating further as all 3 superpowers fight for their own interests.

f you didn’t know, China and Russia are both “communist” countries that go way back. In fact, until China started selling crap to the US, it was always expected that China and Russia would stand together. Vietnam War, North Korea, Communism Ideology, etc…. In fact, it wouldn’t be wrong to describe China and Russia as having a “brotherly” relationship. You see the evidence of that at the United Nations, where Russia and China tend to support each other on important international issues.

In Summary: Both China and Russia are fed up with the US. On multiple levels. As the US and China/Russia relationship continues to deteriorate over the next 10-15 years, Russia and China will, once again, be forced to form an alliance. With the US/NATO flexing its military muscles, the alliance between Russia and China will eventually become a military alliance similar to NATO.”(source)

RELATED : Defending Yourself and Your Family After a Disaster