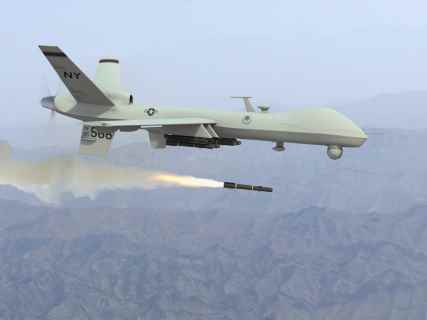 From his first days as commander in chief, the drone has been President Barack Obama’s weapon of choice, used by the military and the CIA to hunt down and kill the people his administration has deemed — through secretive processes, without indictment or trial — worthy of execution. There has been intense focus on the technology of remote killing, but that often serves as a surrogate for what should be a broader examination of the state’s power over life and death.

The Intercept has obtained a cache of secret slides that provides a window into the inner workings of the U.S. military’s kill/capture operations at a key time in the evolution of the drone wars — between 2011 and 2013. The documents, which also outline the internal views of special operations forces on the shortcomings and flaws of the drone program, were provided by a source within the intelligence community who worked on the types of operations and programs described in the slides. The Intercept granted the source’s request for anonymity because the materials are classified and because the U.S. government has engaged in aggressive prosecution of whistleblowers. The stories in this series will refer to the source as “the source.”

The source said he decided to provide these documents to The Intercept because he believes the public has a right to understand the process by which people are placed on kill lists and ultimately assassinated on orders from the highest echelons of the U.S. government. “This outrageous explosion of watchlisting — of monitoring people and racking and stacking them on lists, assigning them numbers, assigning them ‘baseball cards,’ assigning them death sentences without notice, on a worldwide battlefield — it was, from the very first instance, wrong,” the source said.(source)

RELATED : Get Ready! Something’s Definitely Going On! Signs of the End Times

An inquiry into US drone strikes in Yemen has cast serious doubts on Washington’s policies in connection with ensuring the safety of civilians.
Investigators at the New York-based Open Society Justice Initiative revealed that 26 civilians including five children were killed in US drone strikes in Yemen from 2012 to 2014. 13 other civilians were also injured in the air raids carried out by both the CIA and the military’s Joint Special Operations Command. This comes despite President Barack Obama’s pledge to enforce rigorous standards that make sure no civilian will be killed or injured in drone attacks. The US has been carrying out drone strikes in a number of Muslim countries including Yemen, Afghanistan, Pakistan and Somalia. Civilians, in numerous cases have been the main victims of such attacks.

RELATED : If you had 7 days advanced warning before SHTF

RELATED : Doomsday Preppers Prepare for the End of the World