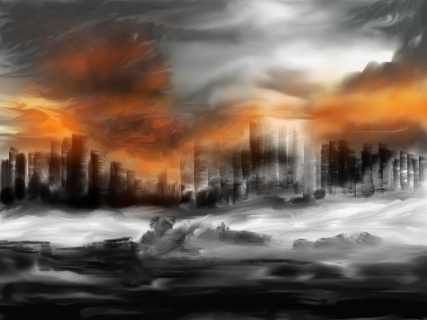 We all have a different vision of out worst case scenario might be. A major earthquake, war, economic collapse, a super volcano maybe, or an EMP or meteor strike might be what’s on your mind.

How realistic are we in our expectations of what life would be like if we were permanently disconnected?

Regardless of what we feel is our personal nemesis, the big one for many is a total grid down situation, and some of the above can lead to that. Regardless of what caused it living in an off grid world, for most of us, is our worst nightmare. We have over the last two hundred years become so used to the convenience that electricity offers us, the lifestyles in enables us to lead, that life without it is unimaginable. Yes we all have our pioneer moments where we long for the less complicated days of yesteryear but the reality is that we have become so dependent on this invisible magic that flows into our homes we would be totally lost without it.

In a recent 30 hour power cut it was initially great, the TV sat quietly in a corner, the driveway got weeded, we played board games, I started a book that I had been meaning to get around to for two years, it was great….for a while. The phones were working and the electricity company called to say they hoped the problem would be fixed by the following evening.

I was aghast, two days without a shower? I was furious, and this you should remember was a local thing, the phones worked, well they did after I crawled around in the loft to find my old phone rather than the nice sleek black ones I have scattered around the house that rely on a base unit plugged into mains electricity to work, the water worked and my gas hob worked so boiling water and stove top cooking were still okay and my car was functioning.

Snarling and muttering that it was a good job it wasn’t winter I pulled out candles, and torches slammed a saucepan on the hob to boil water for a cup of tea and then phoned all my friends and family outside of the area to tell them about my dire situation.
My youngest was on a sleepover that had been pre-arranged that night so no worries about night lights or moans about TV/the Wii/stereo not working so that was a blessing. The dog just carried on being a dog, totally clueless about my plight, mans/woman’s best friend my arse, she didn’t care one way or the other.

Dinner was simple, no choices to make really, chicken salad using up what was in the fridge rather than letting it waste, I was after all facing upwards of 24 hours without electricity. I took the dog for a longer than usual walk, and spoke to a woman I had no clue lived three doors away, she too had decided to weed the drive. She was all electric and concerned about getting a hot meal for her two kids.

That’s when it happened. I was about to offer help, having a gas hob I could heat something up for her when something in my head pinged. “at least it’s not winter” I said brightly. ” cereal for dinner will be a novelty” and off I went with the dog. I felt awful not offering to help, but the fact was I didn’t know this person. I didn’t want her in my home, possibly seeing my preps, knowing I had a gas supply and a big dog who looked vicious and barked at strangers approaching the house, but was actually totally stupid and has about as much chance of biting you as a toothless hamster. OPSEC was a priority, and I had managed to maintain it on this occasion. 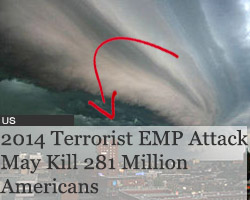 Being naturally helpful it was difficult not to offer to help, but me and mine come first. For all I know she could have had half a dozen brothers who in the future would be barging into my home invited or not and depriving my child of food…or worse. I decided I had done the right thing.
That afternoon I went to the 24 hour Tesco to stock up on some extras, funny how what started off as a major issue had morphed into a minor issue but in doing so had made me think more about real emergencies. I got back with the new supplies and spent the evening swapping them with stuff from upstairs that I had had for longer. This is one job that is easier when the child is not around. Her going to school and asking friends if their mommy’s kept bags of rice in the bedroom cupboard would not be good.

By early evening stock rotation had been accomplished, cupboards wiped out and organised and I had a plan of what I was going to do the next day. I went to bed after reading for a couple of hours, it gets hard when the last of the natural light has gone, and woke after an excellent nights sleep which was possibly due to the room being totally dark with the all the lamps out along the street.

By the time the power came back on dusk was approaching and the entire house had been cleaned. Tiles wiped down in the kitchen and bathroom, wardrobes sorted the lot. Half an hour with the vacuum when the power came back on was all it needed to say genuinely that the house was in pretty good shape.
House cleaning is a pretty mind numbing task, but it gave me a good deal of time to think about what life would be like if we were talking about 30 days without power, or even 30 weeks, months or years. The adaptions I would have to make would be huge. It highlighted areas I am lacking in, things I need to resolve in order to cope better should it ever occur. Most of all it made me realise that whilst stocking food, water and other essentials is of prime importance it is not the only thing that matters. Having back up plans and the right mindset will along with the stored food and water make sure I have the best outcome I can should my nemesis decide to stay permanently instead of just paying me a short visit.
Take care