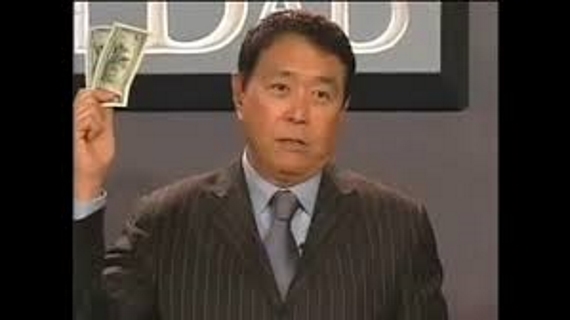 Are you familiar with Robert Kiyosaki? He is best known for the “Rich Dad, Poor Dad” series of books.  Over 26 million books authored by Kiyosaki have been sold and he is recognized as a financial expert by millions of people across the globe.  Well, guess what?  Even Robert Kiyosaki is warning that an economic collapse is coming.  In fact, Kiyosaki and his team of financial experts are encouraging Americans to stock up on food, guns and precious metals.  This is yet another sign of just how close we are to the total collapse of the U.S. Economy.  Kiyosaki, who once co-authored a book with Donald Trump entitled “Why We Want You To Be Rich” is now a full-fledged prepper.  As even more prominent Americans start warning that an “economic collapse” is coming do you think that the American people will finally wake up and start paying attention?

The statements that Robert Kiyosaki makes in the video posted below are absolutely jaw-dropping.  Once upon a time he was all about teaching people how they could get rich, but now he is talking about storing food, buying guns, investing in precious metals and preparing for the coming crash.

The following are 11 of the best Kiyosaki “sound bites” from the video below….

#1 “when the economy crashes as we predict”

#2 “the crowds come rushing in to buy gold and silver”

#10 “the credit card system shuts down, the world shuts down”

#11 “the supermarkets have less than 3 days supply”

If you have not seen this video yet, it is definitely worth the 8 minutes that it takes to watch it.  Robert Kiyosaki seems to be extremely alarmed about the future of the U.S. economy….(source)

The economy is heading towards a dangerous downfall. People are still caught up in their ways relying on pension plans and ‘jobs’ that they think will help them survive. Kiyosaki returns with his book ‘Second Chance’ showing people what the economic future holds for all of us and what he learned from his early mentor Buckminster Fuller.

401ks, rigged stock markets, wars in the Middle East, and government stupidity! These are the ingredients for a major catastrophe just over the horizon – Are you prepared?

Robert Kiyosaki is an American investor, entrepreneur, self-help author, motivational speaker, and financial commentator. Kiyosaki wrote the Rich Dad Poor Dad series and is the most successful self-help author in the world, with over 26 million copies sold to date!

Take my word for it, that this is quite possibly the best interview we have ever done and you don’t want to miss it! Takeaways from this week’s interview –

• Ron Paul and Robert Kiyosaki both think that 2016 will be the year for a major market crash, but you will have to listen to know why!
• For all the gold bugs, did you know that Robert has started several junior mining companies?
• Robert borrowed $300,000,000 in the last 18 months – learn why debt is great!
• Is ISIS smarter than the US government? Hear it from a US veteran!
• China is spending US Dollars to acquire assets worldwide because they know that our cash is trash!
• DO NOT MISS the end of the interview, where Robert Kiyosaki discusses junior mining – in his opinion, it is the most exciting thing

5 Predictions from Robert Kiyosaki:
1. There will be a major market crash in 2016!
2. Savers will be losers – check the expiration date on your brain.
3. Baghdad is the next city to fall
4. Hyperinflation will come
5. Buy gold and silver!

Robert Kiyosaki: Why An Economic Crash Is Coming

Robert Kiyosaki Warning – The Shocking Truth About Your Future! Prepare for the Inevitable