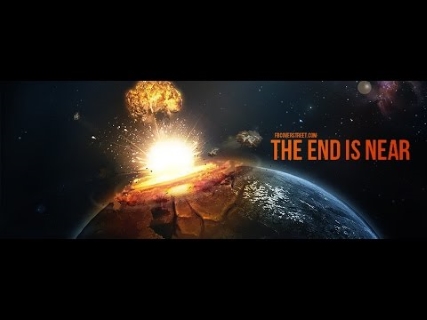 The Bilderberg group will coalesce  in the Austrian Mountains at the Interalpen Hotel. How many of these instigators of widespread tyranny will be discussing their million dollar safe bunkers between meetings? As they plan to hide like moles while their hellish plans are unleashed on the gullible masses.

A decade ago, safe rooms would only have been of interest to A-list celebrities who wanted to protect against stalkers, but they are now becoming popular with elites who wish to guard against potential civil unrest which could cause crime rates to skyrocket in the aftermath of an economic collapse.

The Pope based his warning on the belief that the world economy has fallen into the sin of idolatry, not of a golden calf, but for dollars, euros and pounds. He explained in an interview to La Vanguardia magazine, that the center of the economy needs to be about man, woman and the family.

Pope Francis warned that the economy was now dependent on war, that great powers have been using war as a means of sustaining the current system.

“We discard a whole generation to maintain an economic system that no longer endures, a system that to survive has to make war, as the big empires have always done,” he said.

“But as a Third World War can’t be done, they make zonal wars. What does this mean? That they produce and sell weapons, and with this the balance sheets of the idolatrous economies, the great world economies that sacrifice man at the feet of the idol of money, obviously they are sorted.”

The Pope did not name specific conflicts or economic powers when discussing the world economy.

This is not the first time the Pope has made waves with his economic views. In November last year, Pope Francis denounced “trickle-down” economics, saying it was encouraging “a new tyranny.” He also made numerous denunciations of inequality in the economy.

The Pope’s warning shows the importance of everybody owning a little gold as financial insurance against the collapse of the economic system.(source)

RELATED : 100 % Certainty US WORLD ECONOMY WILL COLLAPSE within MONTHS

Elite Plans for Worldwide Economic Collapse in 2015! – The Prophecy Club

RELATED : How to Survive the Next 4 Years by Lindsey Williams

A collapse in the financial markets and the economy could be right around the corner, despite the media’s claims of an economic recovery.
In fact, there are signs than an economic meltdown similar to the one in 2008 is imminent. Additionally, some of the factors destabilizing the economy are being pointed to as economic good news.
1. Price of oil is dropping. The falling price of oil is having a negative impact on the economies of a number of countries, including Canada. Experts are already predicting that oil prices of under a $50 a barrel will devastate the world economy and the Canadian economy – and thus, the US.
“The longer oil prices remain low, the greater the chance that investment activity will be curtailed and wider growth imperiled,” David Tulk, a strategist at Toronto’s TD Securities, told Bloomberg.
For Those Who Desperately Want Out Of The Rat-Race But Need A Steady Stream Of Income
Russia, another major oil producer, has already seen its currency, the Ruble, lose half of its value in less than a month and prompted comparisons to a similar situation that led to financial crisis in 1998. One effect of this is that banks which made loans to Russia could be vulnerable.
The price of oil threatens the American shale oil revolution, which had seen significant growth with high oil prices. Now, some companies are cancelling drilling contracts.
Stock prices in countries around the world have already been dragged down by oil prices. The Nikkei Index in Japan fell by 3 percent when news that oil was under $50 a barrel broke. Similar sell-offs occurred on Wall Street and in Europe.

RELATED : 22 Items That Vanish From Stores In An Economic Collapse or Natural Disaster
2. Stores are closing. Large numbers of retail stores are closing and large numbers of retail jobs are vanishing as the retail apocalypse continues. Recent headlines include:
The clothing chain Wet Seal is planning to close 338 or 66 percent of its stores and lay off 3,695 full-time employees, Chain Store Age
Another clothing retailer, C. Wonder, which was hailed as one of the hottest retailers when it started in 2011, is closing all 32 of its stores.
Macy’s is planning to close 14 department stores and lay off 2,200 people.
Alco, a 113-year-old chain that operated 198 discount stores, is closing completely and putting 3,000 employees out of work, The Wall Street Journal The company blamed a “lingering economic slowdown” for the closures.
Sears, which also owns Kmart, is planning to close up to 116 stores in the next few months, Market Madhouse
3. Household income is falling. Incredibly, income in 81 percent of the counties in the United States is still lower than it was in 1999, when adjusted for inflation, Off The Grid News reported. That means most consumers have less spending money than they did 16 years ago when Bill Clinton still was president. It also means that large numbers of Americans are in danger of falling out of the middle class.
4. Subprime lending is making a comeback. That’s the practice of making loans to people who are high risk – and perhaps cannot pay them back. Many experts believe subprime mortgage lending was a major cause of the 2008 economic crisis. The New York Times’ Deal Book estimated that 27 percent of the auto loans issued in 2013 were subprime. And it’s also making its way back into the mortgage business. Wells Fargo is now once again making subprime home loans.
5. The bond market is booming. The Times Deal Book called a recent rally in bond prices a “warning sign” and noted that the bond market has a proven track record for predicting economic problems. It pointed out that prices for US Treasury bonds are surging despite the fact those instruments are paying an interest rate of less than 2 percent. Investors buy bonds for security when they think stocks are about to collapse.(youtube.com)

RELATED : A Dire Warning To Prepare-SRC