*The intent behind this article is not to create fear by any means, but rather to spread awareness on the reality of the matter. It is important for everyone to be informed that such events may very well being happening in the near future so that people can begin thinking about how this will affect humanity’s progression and also so that we can consciously prepare as necessary for these challenges ahead.*

In a remarkably ominous farewell speech made by Secretary of Homeland Security Janet Napolitano in August of this year, the public was let in on an expected upcoming global catastrophe that everyone should be prepared for. Napolitano described that a massive and “serious” cyber-attack on U.S. homeland is coming, and that a natural disaster —the likes of which the nation has never seen before —is also believed to be on its way. The resignation marked the end of her four year term as DHS under President Obama, raising questions amongst the public about the real intent of Napolitano’s decision. As part of her farewell speech she joked for her replacement to “grab a bottle of Advil.”

Was Napolitano’s resignation and public statement a literal warning of knowledge our government is aware of and is keeping from the people? A few months prior to Janet’s farewell speech an unsettling report prepared by EMERCOM revealed that the Obama Regime requested the use of at least 15,000 Russian troops trained in disaster relief and riot control to be utilized in FEMA Region III (District of Columbia, Delaware, Maryland, Pennsylvania, Virginia and West Virginia) in October. Former South Dakota Senator Sheldon R. Songstad, along with conspiracy website moderator David Ells put together a list of strange clues that point towards government preparation for an upcoming disaster crisis:

15,000 Russians in Baltimore by October
82% of our combat forces and their supply elements out of CONUS by October 1st
FEMA purchase orders for over $14.2 million for MREs and heater meals to be delivered to Region III by October
FEMA purchase orders for 22 million pouches of emergency water to be delivered to region III by October
FEMA purchase orders for $13.6 million for MREs and heater meals to be delivered to Austin by October
Nine-week training course for UN Peacekeepers in CONUS to learn Urban Warfare, English and US weapons systems beginning 4th week of July for 386,000 troops to be completed by October 1st.
$11 million in antibiotics to be delivered to FEMA region III by October 1st ordered by CDC
World Health Organization held second emergency meeting in its history to discuss MERs coronavirus. Determined a vaccine MUST be in place by October 1st
2800 MRAPs must be delivered to DHS by October
No leave will be allowed for US military from September 28th thru November 5th
NORCOMM yearly training for civil unrest suspended until September 27th – to be performed in northeast coastal areas
Date for release of QE3 report moved to October 16th
All DHS agents MUST qualify with sidearm, shotgun & AR 15 by September 28th -no mention of yearly less lethal qualification
Sporadic testing of GPS & Communications satellites is coordinated for the first time with a testing date of September 29th
POTUS mandates to FEMA and DHS concerning support for metropolitan communities dealing with the extreme climate change MUST be complete by October 1st. These mandates were issued during the last three weeks.
Over 300 school systems in the US have determined they need three-day kits for each school AND three-day kits for each student to take with them. All deliveries are scheduled for the month of September.
All National Guard units will complete riot control and disaster assistance training during this year’s annual two week training. All units MUST have their training complete by September 30th
Daily testing of the Emergency Broadcast System to begin on September 25th and run thru October 2nd
Eastern-based Coast Guard units to perform massive group training usually performed in the Gulf, in the Virginia and Delaware areas. This is a 10-day training mission to begin September 26th.
A side-note to ponder: For the first time in the history of the United Nations, the Secretary General addresses the Assembly, a speech that was broadcast live to over 60 nations, to inform the assembly that while we are dealing with what appears to be two global crises — extreme climate change and financial downturns — the governments of the world are working together to resolve the issues before they reach catastrophic proportions. In other words, he addresses the Assembly and the world just to say everything is going to be okay.

It’s clear to see that the government is keeping something from the public. Some may argue that they are just taking necessary precautions in case of a disaster, but it appears to be something more than just ‘being prepared in the event of…’ Russian Minister Puchkov recently stated:

Another strange incident that occurred on the coast of California this month may also point to a coming natural disaster. Two oarfish measured 16-18 feet long washed up on the shores of southern California, a rare occurrence since oarfish are bottom feeders that usually stay thousands of feet beneath the ocean surface. Japanese folklore suggests that oarfish rise to the ocean’s surface before large earthquakes strike, which is what happened back in 2011 before the 8.8 magnitude Japan earthquake hit (the same is said to have happened before the 2010 earthquake in Chile). Fishermen at the time reported seeing and catching an abundance of oarfish around the epicentre of the mega-quake. Scientists suggest that sea serpents are more perceptive to seismic shifts and changes in gas pressures.

The idea that animals can sense when a natural disaster is about to occur is something that dates back thousands of years. Historians recorded that before the major earthquake of 373 B.C. in Helice, Greece, animals such as rats, weasels and snakes all deserted the city in a panic. Bees have also been known to leave their hives and disappear before natural disasters. Many pet owners have reported their cats and dogs acting up before earthquakes strike as well. It is thought that animals have a higher sensitivity to electrical changes in the air or gas released from the Earth. This may explain the strange appearance of the oarfish. Earlier this year, a record number of sea lion sightings were also reported along Southland beaches, including one declared ‘unusual mortality event’ in April that saw hundreds of ailing sea lion pups washed ashore.
Perhaps these events are precursors for the “big one” that is said to be overdue by now, the Cascadia subduction zone earthquake along the western North American coastline. Only time will tell what these signs all really mean.
The reduction of the population from natural disasters is something that has been discussed for many years now. Is there a way that a mega-scale disaster could possibly serve humanity’s evolution? Some argue that the “cleansing” of the planet by natural forces is a necessary part of the shift in consciousness, and that by going through what our ego considers mass tragedy, we are being forced to look at the way we are living our lives in an intense but humbling light. People come together in times of tragedy, and the things we once thought were important such as material items and finances begin to lose their value as the truly valuable things such as family and friends become the forerunner in our lives. History writes about a time when ancient civilizations such as the inhabitants of Atlantis and Lemuria were at a similar pivotal evolutionary point, but were not ready to make the shift and were swept away by the Earth’s oceans. Are we possibly about to see a similar story unfold? Is this all a part of our evolution, cleansing out the systems and souls that are not ready to make the leap to the new Earth?

At the physical level, death and destruction are among the most common of fears expressed by the ego; it is therefore easy to get caught up in the three dimensional view of life. However I believe that if we begin to accept the idea that we are more than just our bodies, and that the concept of death is merely an illusion, then we can begin letting go of the fear associated with natural disasters and looking at how these inevitable events can serve humanity’s progression. At the soul level there is no judgment towards how and when someone will pass on. After all, we are eternal beings having a human experience and any challenge we go through is ultimately created for us to learn from and to expand our consciousness. This includes earthquakes, asteroids and any other natural disaster.

The next few years will more than likely prove to be eventful to say the least. Whether the government is retaining information from the public or not, we cannot refute that the natural cycles of our planet will continue on with full force during the next stages of our evolution, and humanity will inevitably progress forward along with these cycles. There is really no other choice but to trust that the divine universe has a plan for us all; doing this will allow us to move forward with hope for what the new Earth will present.(source)by Jeff Roberts. 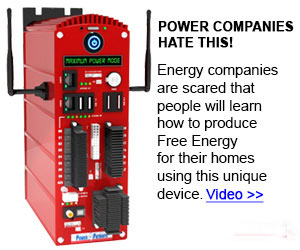 Writer and editor for CE. I’ve been with the CE team for over a year now and it’s been an awesome ride so far. Writing is my craft, the Universe my muse. If you have a question or wanna chat you can contact me at [email protected] 🙂

1 thought on “The Government Is Preparing For A Major Natural Disaster: Why Are They Keeping It From Us?”